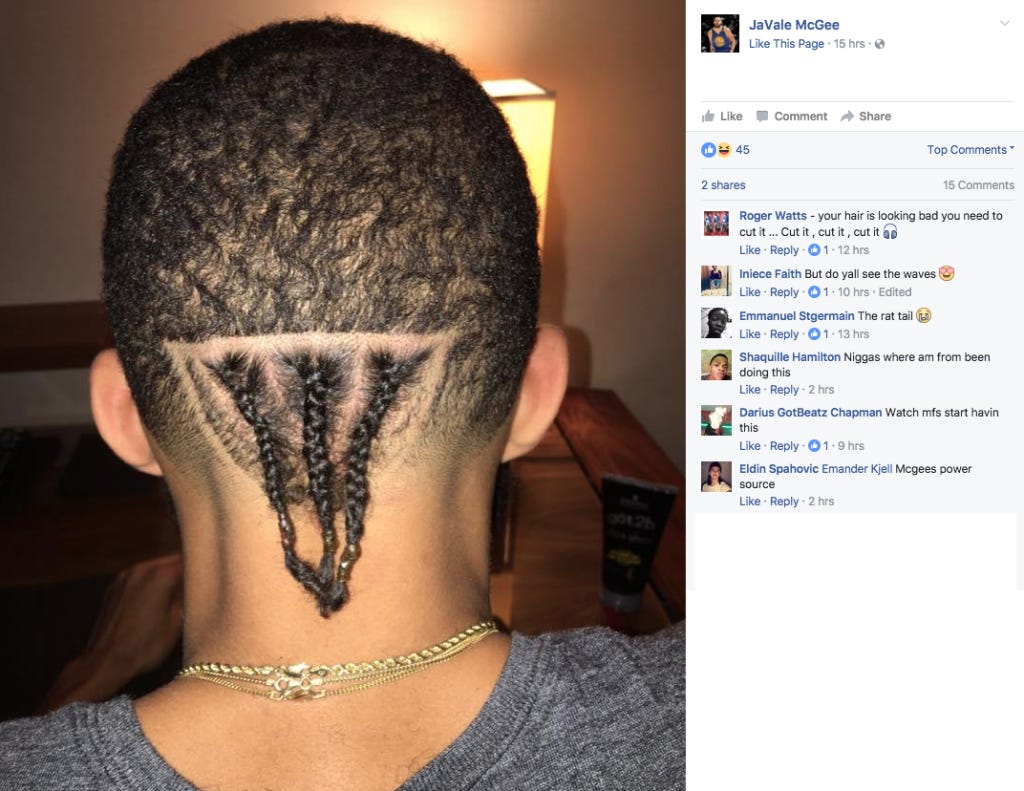 What a wild move out of Javale McGee, but I love it. Because the cornrow mullet is how you win championships. Reporters can talk all they want about how important the Kevin Durant signing was to the Warriors. But the Javale signing may be just as important. Sure Durant is going to get buckets like a motherfucker. But the Warriors already had bunch of guys who could do that. JaVale is there to be the clown. Not the scary fucks that are haunting the woods and shit. But the guy that casual fans enjoy rooting for and the players on his team enjoy laughing at both on the court and off of it.

If you don’t think that J.R. Smith was a big part of the Cavs success last year as both a player and an entertainer, you are crazy. When I think of last year’s Cavs, the first person I think of is LeBron. But the second player is easily J.R. Smith. From his daughter’s quote about him somehow not messing this opportunity up, to the champagne bath he gave a waitress in Vegas, to the shirtless beginning of the Summer of J.R. Even if you weren’t rooting for the Cavs, you had to at least be happy for J.R. unless you lost your soul in a poker game or something.

Sure guys like this will burn you on the court occasionally. But having Javale last year probably would have taken some pressure off of the guys on the Warriors and maybe Twitter wouldn’t have completely revolted on the team after Draymond’s tried to crush LeBron’s dick into dust and Steph decided to toss his mouthguard. You really can’t lose having one clown on your team and everyone loves a wacky hair guy. I’m not saying JaVale McGee will be getting MVP votes at the end of the season or anything. But he may snag more than a few Team MVP votes as the guy that keeps everybody loose. And this haircut is the first step in that direction.