Is that show 100 Ways To Die still on the air? Because this is how you end up on the show 1000 Ways To Die. Riding dirty on a Big Wheel down a major interstate highway isn’t exactly conducive for living. Granted, the max on that thing is probably on par with the average speed of cars on 76 at any given time. The traffic on that highway is second only to Satan. Still, not a good look for humanity.

And that’s not a knock on the Big Wheel look at all. I would legitimately still ride one of those things if it was socially acceptable on the wrong side of 30. I remember taking my Big Wheel around the neighborhood with my friends like we were Sons of Anarchy causing chaos to the establishment. Just driving on the old neighbor’s lawn leaving marks and threatening kids to hand over their POGS before somebody gets hurt. Pretty much the 5-year-old equivalent of raping and pillaging. I need to bring that feeling of freedom back to my soul, preferably down Broad St. (instead of a fucking Interstate) like a champion of men. Big wheel for life. 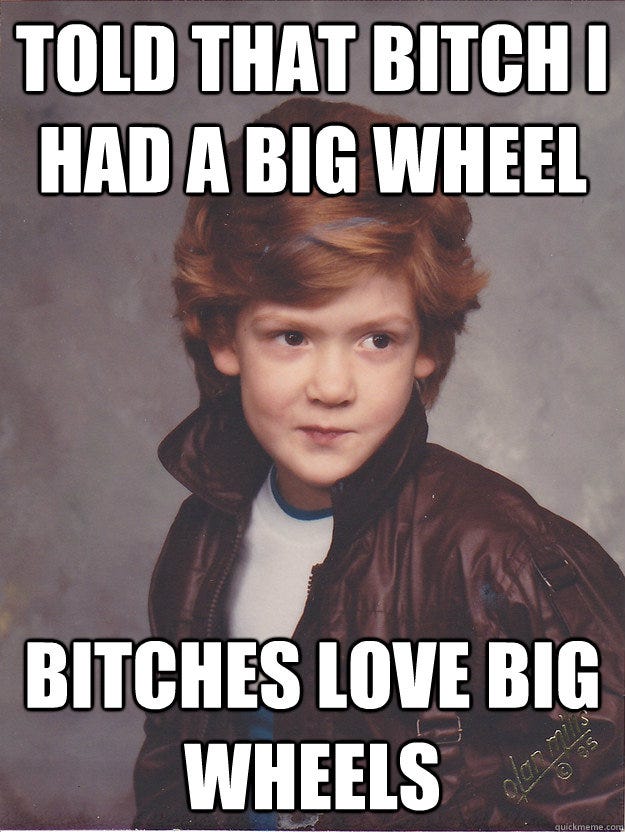