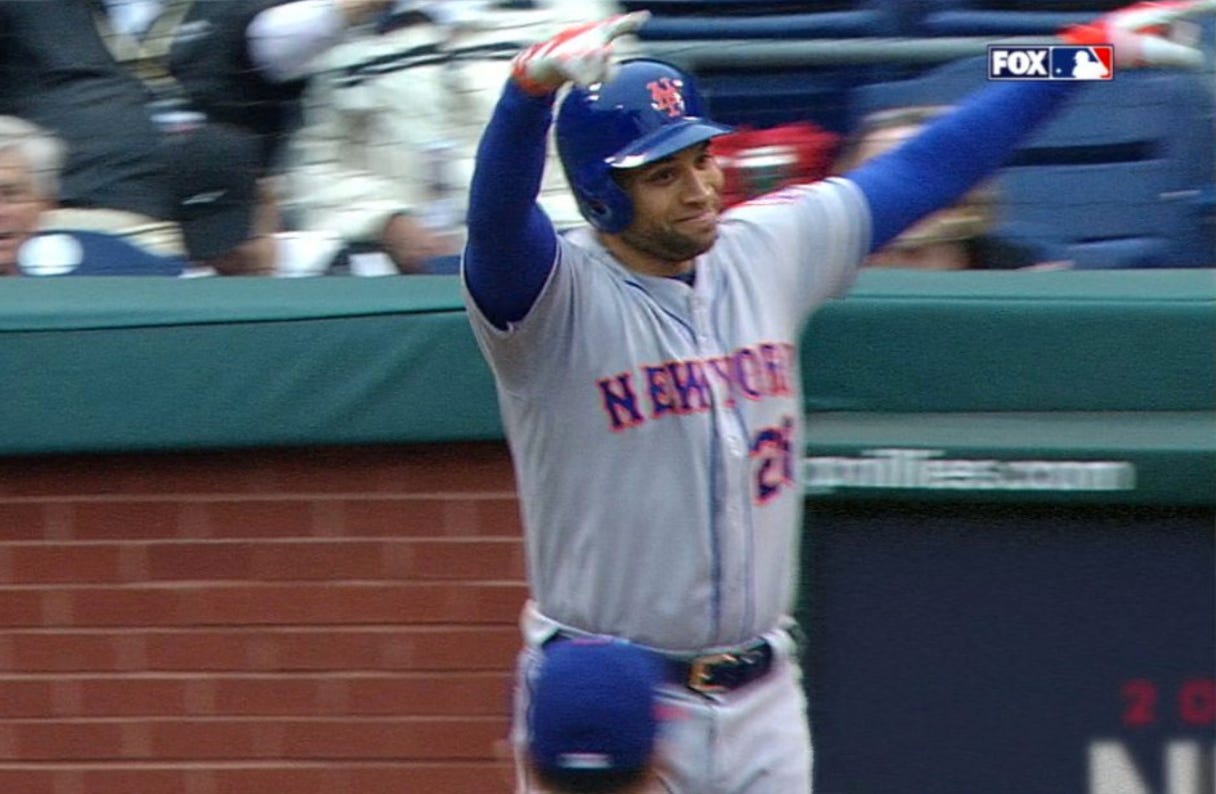 And yet here we are, against all odds. Against anything that makes even a shred of logical sense. Against everything that your brain and your gut tells you as a Mets fan, these guys are 1 win away from another showdown with the Cubs in the playoffs. From month to month, week to week, game to game, and inning to inning this season has been a goddam roller coaster. It hasnt really been “fun,” because I dont enjoy any of it. But it certainly has been a memorable season. The rise of Asdrubal the return of Reyes and Replacement Players all alongside King Cespedes, its right up there with 2015 in terms of story lines. One more win and we’re back in the playoffs – only the second time this franchise will have made the playoffs in consecutive years – with a chance to defend the NL Pennant.

Their lineup and their rotation on paper isnt gonna scare anyone. But sometimes in a dumb ass sport like baseball, thats the most intimidating thing of all. These guys just dont give a shit. Guys like Gsellman and Lugo. Wily old vets like Kelly Johnson and Cabrera. Rookies finally getting their shot like TJ Rivera. Second chances for guys like Jose Reyes. Nothing to lose and everything to gain. Win Wednesday night and anything goes.