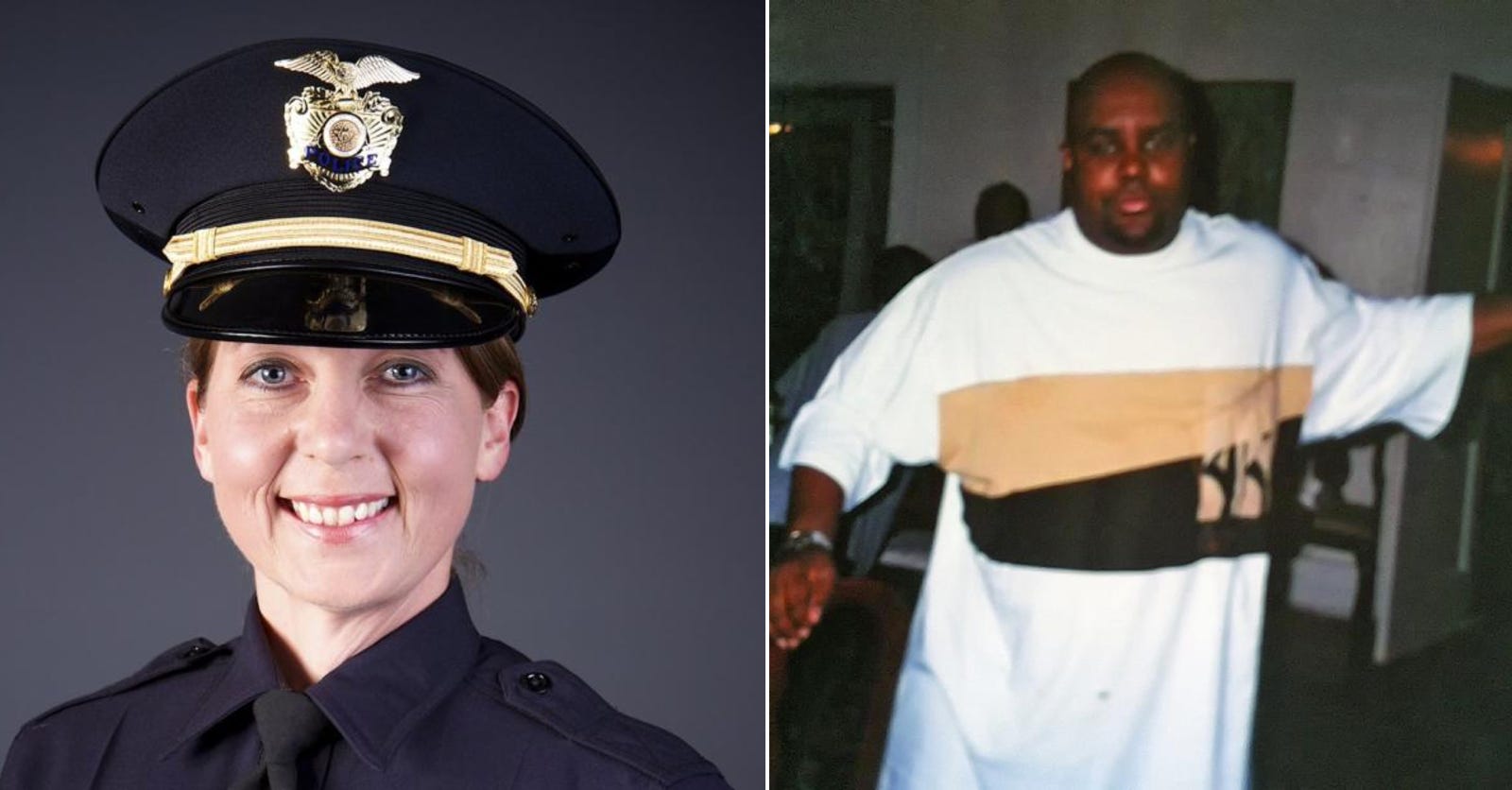 NYDN – The Tulsa cop who fatally shot an unarmed black man pleaded not guilty to first-degree manslaughter Friday as her attorney claimed she was temporarily deaf during the shooting. Officer Betty Shelby appeared in court for the first time Friday since the fatal shooting of 40-year-old Terence Crutcher two weeks ago. The five-year force veteran faces life in prison if convicted. Her preliminary hearing is set for Nov. 29. A day earlier, her attorney, Scott Wood, claimed Shelby was so hyper-focused before and during the Sept. 16 shooting that she didn’t hear other officers arrive on the scene — or even the deadly gunshot she fired. “She didn’t hear the gunshot, didn’t hear the sirens coming up behind her just prior to the shot,” Wood said Thursday. The condition, sometimes called “auditory exclusion,” happens when people in high-stress situations tune out noises around them, Wood said. “It’s not only a common phenomenon described in literature, but it’s the No. 1 perceptual distortion by people I have represented who have been involved in shootings — diminished sound or complete auditory exclusion,” he argued. Shelby, one of the cops who pulled over to investigate the idle car, claimed she “feared for her life” when she opened fire — but prosecutors said the unarmed man had his hands raised and was walking away from the responding officers before he was killed.

Listen its Friday afternoon. I dont wanna get all political or too heavy. I’m not here to start a Black Lives vs Blue Lives vs All Lives debate.

But as a dude who basically relies on lying to get through every day life I cant sit by and let this chick get away with this one. There is one person in human history that can get away with this sort of lie, and its not even a real person. Its a fictional character named George Costanza. Thats the only guy that could pull off a “temporarily deaf” lie. She was better off going up there and just saying “”Was that wrong? Should I have not done that? I tell you, I gotta plead ignorance on this thing because if anyone had said anything to me at all when I first started here that that sort of thing was frowned upon, you know, ‘cause I’ve worked in a lot of offices and I tell you people do that all the time.” That honestly would have been pretty fitting and would have potentially worked better than “I went deaf.”

I mean really as a habitual liar this is offensive to my sensibilities. “Why did you shoot that guy?” “Because I could hear anything.” Uhhhh, what??? Not only is it a lie that you went temporarily deaf, even if you did thats not even remotely close to an excuse for killing someone. I couldnt hear him put his hands up, your honor! I couldnt hear anyone as I shot him in the back! I guess when you’re about to go to jail for life you’ll say just about anything but this will go down in history as one of the worst lies of all time. Although I will say the last bitch to lie about not being able to hear shit went down in history for all good reasons, so maybe this cop was just going with the Helen Keller Defense. Ordinarily I’d condone the Hail Mary, Snake It Til You Make It attempt, but this chick is a murderer and her lie is pathetic so fuck her.