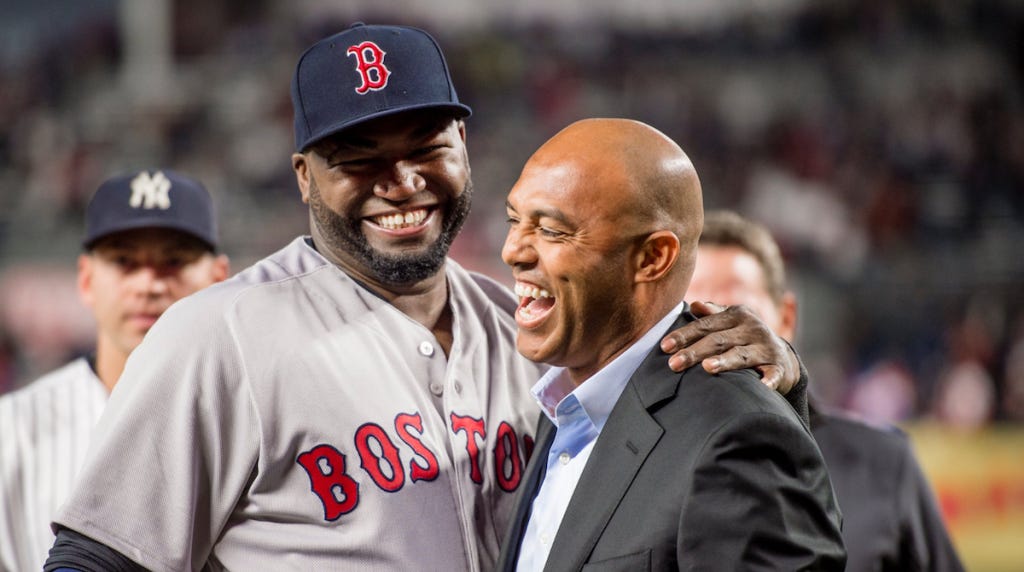 I saw a lot of fans complaining about the ceremony that the Yankees put on for David Ortiz. I’m not gonna say that I loved it. I feel like they could’ve done a little more for him. It wouldn’t have killed them to put together a video package or something, but it was nice what they did do for him. The book that was filled with personal messages from Yankees of the past and present was a really classy move by the organization, which I’m sure took a lot thought and time to put together. I bet it meant a lot to Ortiz to actually get something with sentimental value.

I also thought that it was great that Mariano Rivera came back to honor Ortiz, but Derek Jeter should’ve been there. Ortiz’s retirement ends the greatest chapter in the Red Sox/Yankees rivalry, and Ortiz was the face of the Red Sox during that time, while Jeter was the face of the Yankees. The ceremony felt incomplete without Jeter there.

That being said, I didn’t need the grand production that the Red Sox put on for Jeter when he retired. That was way too much, and I felt like that set the bar too high, and certain folks around here had unrealistic expectations for what the Yankees should’ve done for Ortiz. That, and the Red Sox literally did nothing for A-Rod. Not even an acknowledgement — which I agree was the right move, because it would’ve been received so awkwardly — but you can see why the Yankees wouldn’t want to turn right around after that and throw a parade for Ortiz.

Yankee fans go nuts when I draw the comparison between Ortiz and Jeter. We’re not comparing baseball statistics here. It would be ridiculous to do that. We’re comparing their significance to their respective franchises. Ortiz is Boston’s Jeter. Honestly, that might not even be a fair comparison for Ortiz. In reality, Ortiz is Boston’s Babe Ruth. On the Mount Rushmore of Red Sox players, Ortiz is right next to Ted Williams, and some (me) would even argue that he’s ahead of Williams. You’ve gotta name a dozen guys before you get to A-Rod on the list of greatest Yankees of all-time, and probably half a dozen before you get to Jeter. That’s the difference.