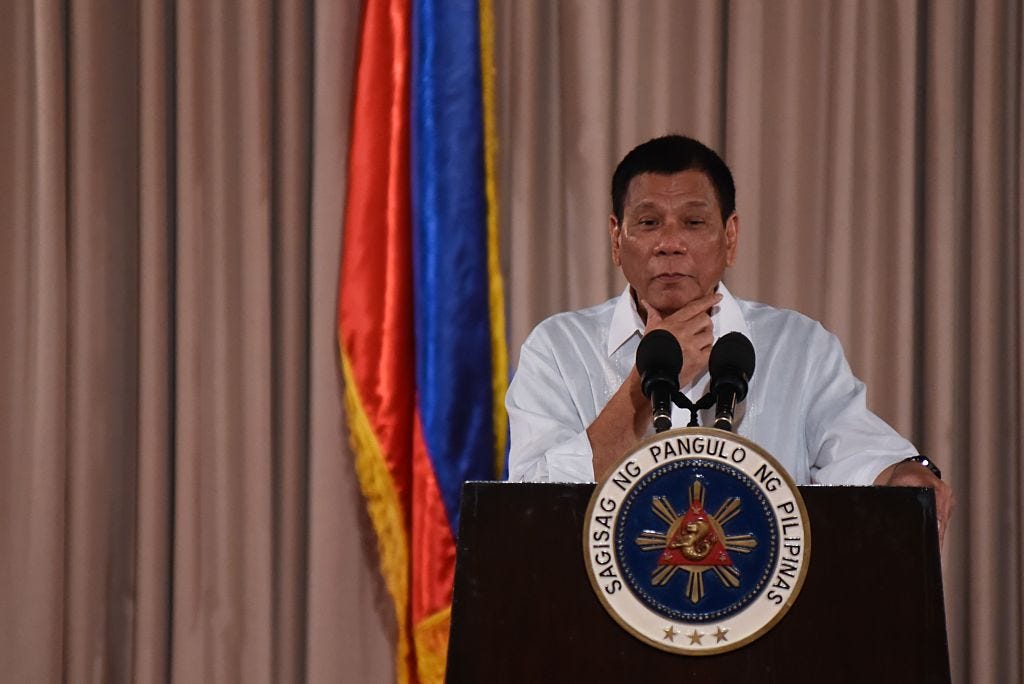 The Guardian — Rodrigo Duterte, the Philippines president, appears to have compared himself to Hitler, saying he would be “happy to slaughter” millions of drug addicts in his bloody war on crime.

During a press conference in his home city of Davao, the former prosecutor told reporters that he had been compared to a “cousin of Hitler” by his critics.

What do you think of Rodrigo Duterte’s first 100 days as Philippine president?

“If Germany had Hitler, the Philippines would have…,” he said, pausing and pointing to himself.

More than six million Jews were killed by the Nazis and their collaborators before and during the second world war, according to historians.

I’m over this guy. First, he pledged to kill 100,000 drug dealers and throw their bodies in the local bay. Next, he made it completely legal to straight up kill anyone you think is a bad guy. Then, he actually employed female assassins to kill bad guys by tricking them into thinking they’re their friends. Now, he’s openly saying he wants to do like a drug addict Holocaust. Wants to be the Hitler of killing people that are addicted to drugs. Literally.

Fuck this dude. At this point he’s just saying shit to get in the media. To get coverage. To put the Philippines on the internet. Probably on some sort of SEO campaign and once a week he’s gotta do or say something to make international news. One day it’s a rape joke, next it’s a Hitler reference. He’s just a troll. Just doing whatever he can to join Kim Jung Un in the world leader troll club. No real harm.

Oh except for this.

Since July, 3526 people have been murdered by police or vigilantes in the Philippines as part of a 'war on drugs' https://t.co/gIKReeNtY6