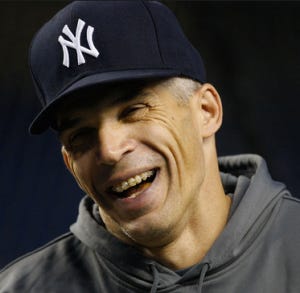 Despite winning their last four games, the Yankees were eliminated from the playoffs last night. Before the Yankees could complete an unexpected sweep of the Red Sox, the Orioles won and cemented the fact that the Yankees would be four games back heading into the last 3 game series of the year.

This marks the third time in four years that there won’t be any postseason baseball in The Bronx. It’s a feeling that is becoming all too familiar for fans but the season as a whole should not be viewed as a waste. We we’re able to ride out Tex’s contract, move on from A-Rod and build an amazing farm system. The expectations were high this season because the talent should have been there, but many players under performed.

As the offseason kicks off I’ll discuss our options for trades, free agents and even whether or not Girardi should stay, but for right now we have 3 games left. In those 3 games we can ruin the Orioles season and while this isn’t a familiar situation, exposing that fraud team would be fun.

Big Cat always talks about the football season being a sandwich and that we should enjoy every bite. I view baseball the same way. We’ve only got a few crumbs left, and it seems like they’ll be wet crumbs, but for Yankee fans this is the last weekend of summer. Enjoy it because April is so far away.