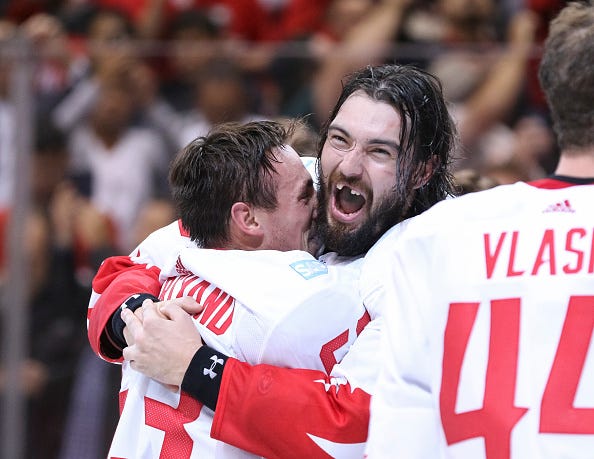 Incredible moment last night as Team Canada pulled off the improbable comeback to take down world powerhouse Team Europe in the 2016 World Cup of Hockey Final. This is Team Canada’s first major international tournament win dating all the way back to the 2014 Sochi Olympics. Really just an amazing story of how a group of underdogs can all come together to achieve a common goal and defeat an entire continent as long as they just believe in themselves. Canada hasn’t won at the World Cup since 2004 but there was something truly special about this team. But they silenced the haters last night. Things were looking a tad grim. They were down 1-0 for much of the game. You want to talk about dealing with adversity? That’s the longest Team Canada had to trail in this entire tournament. You try making it to the final and then actually having to try coming from behind for the first time (that’s what she said).

But they just kept grinding away. It was that final three minutes of the game that you knew you just weren’t going to be able to tell this group of underdogs “no”. So with 2:53 left to play, it was Patrice Bergeron to tie the game at 1 a piece. The rest was history as Brad Marchand did his best Mike Eruzione impersonation and put the Europeans away in regulation. Unbelievable. To make things even better, Sidney Crosby won the MVP. 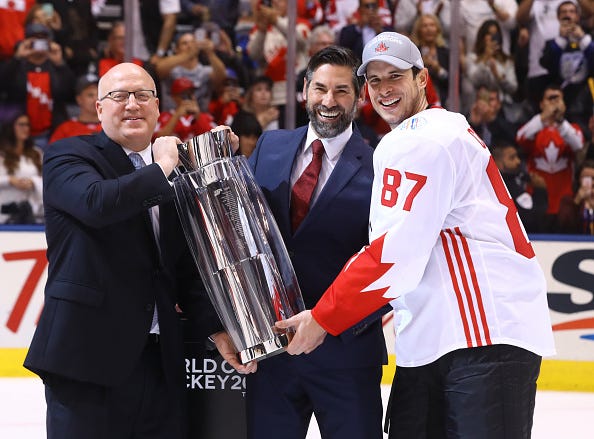 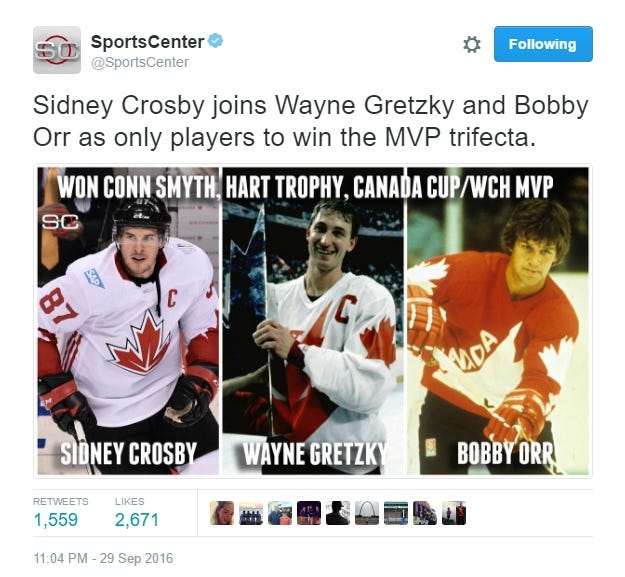 He’s also the first player to ever simultaneously be a reigning Olympic champion, Stanley Cup Champion and World Cup Champion. So if you’ll excuse me real quick, I’m going to go vomit for the rest of the day.

Real talk, I’ll give the World Cup a B- overall. It was fun and any hockey in September is better than no hockey in September at all. We all knew from the start that Canada was going to win this thing and credit to Team Europe for at least making it a little hard for them. Would it have been nice if there was any sort of rivalry set up for the final? Obviously. Do I think the final needs to move away from best-of-three and just make it a winner take all? Probably. I think that’s why we saw ratings like this for Tuesday night’s game 1. 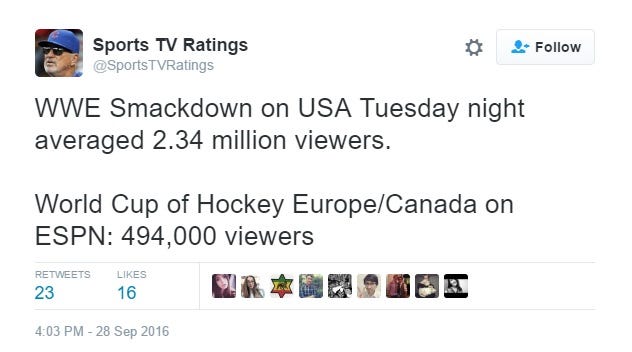 But like I said, any hockey is better than no hockey at all. I think what needs to happen is maybe they need to bump this tournament up to August or something. I know that the NHL wants to use it as a hype machine heading right into the regular season. But obviously it didn’t work like that. Obviously it’s not going to draw a whole new audience to the game. So let’s play the tournament in August when it doesn’t have to compete with college football and the NFL. Then maybe we’ll be able to draw some more eyes on it.

For now, congrats to all the Canadians out there. You guys really earned this one and deserve it. 2010, 2014, 2016. We’re in the midst of a decade of pure dominance from those bastards up North. I can’t fucking wait to wipe that smirk off all your overly-polite faces. But the wait continues for now I guess.