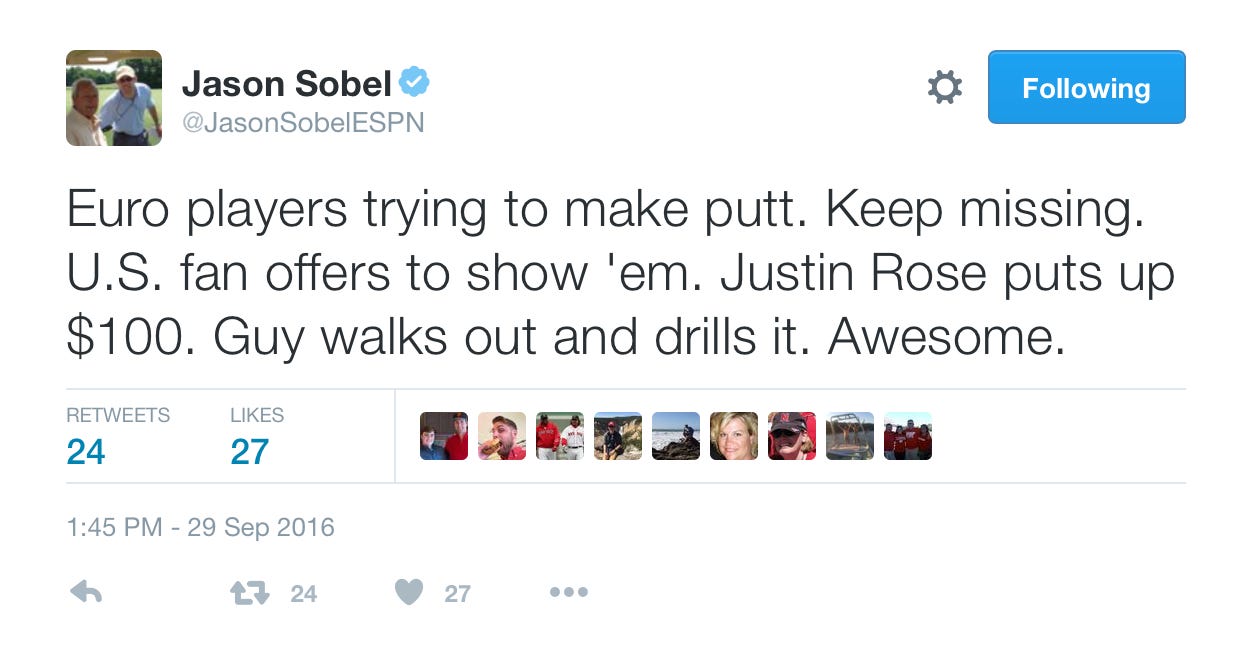 U-S-A! U-S-A! U-S-A! LET’S GO! I don’t wanna get caught up in hyperbole but that might be the greatest putt of all time. The stakes. The atmosphere. What a moment. That’s what it’s all about right there. Drunk heckling the Europeans about missing a putt so bad that they turn and say, “Well why don’t you try it?” so he does and DRILLS IT. That’s the stuff that dreams are made of. I don’t wanna read too much into that moment but that pretty much guarantees a victory for Team USA. Rory and the guys were laughing band high-fiving the guy but that’s gotta fuck with them a little bit. They just got showed up by some random drunk from the crowd and now they gotta face the likes of Dustin Johnson and Jordan Spieth? They’re toast. Bet the house on it. Goddamn. No matter what happens to that USA fan for the rest of his life, that’s gonna be the greatest moment he’ll ever have. No way Danny Willett’s brother makes that. No way.