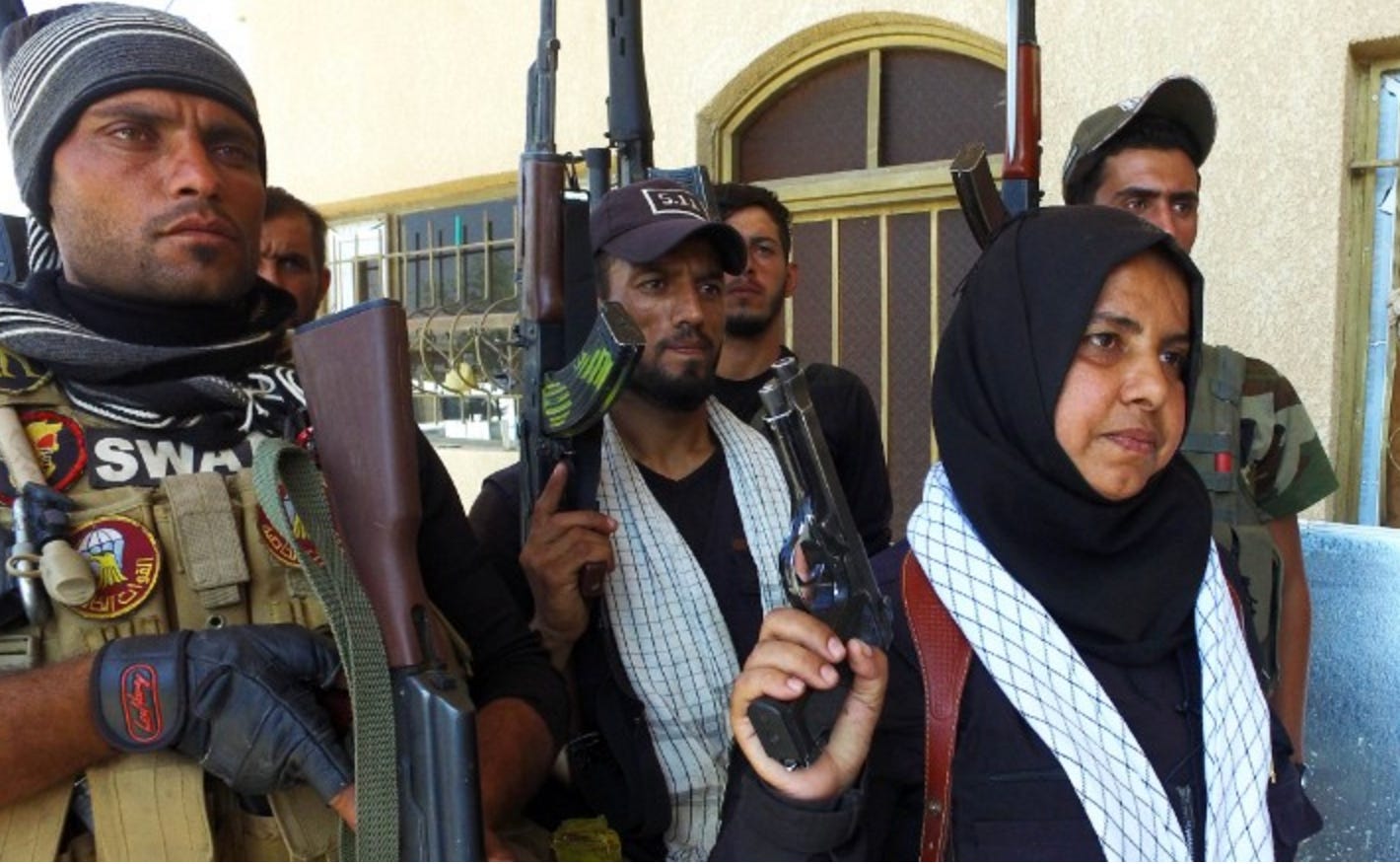 CNN – The woman in question, 39-year-old Wahida Mohamed — better known as Um Hanadi — leads a force of around 70 men in the area of Shirqat, a town 50 miles (80 kilometers) south of Mosul, Iraq.

She and her men, part of a tribal militia, recently helped government forces drive ISIS out of the town.

“I began fighting the terrorists in 2004, working with Iraqi security forces and the coalition,” she says. As a result, she attracted the wrath of what eventually became al Qaeda in Mesopotamia, which later morphed into ISIS.

Along the way, her first husband was killed in action. She remarried, but ISIS killed her second husband earlier this year. ISIS also killed her father and three brothers. They also killed, she added, her sheep, her dogs and her birds.

“But all that didn’t stop me from fighting,” she said.

After listing all the attacks against her, and all the loved ones lost to ISIS, Um Hanadi said: “I fought them. I beheaded them. I cooked their heads, I burned their bodies.”

She made no excuses, nor attempted to rationalize this. It was delivered as a boast, not a confession.

“This is all documented,” she said. “You can see it on my Facebook page.”

Who knew the thing that kept ISIS up at night wasn’t Hellfire missiles, 20 ton bombs or Seal Teams sneaking up on their camps…but a middle aged housewife with a sword? 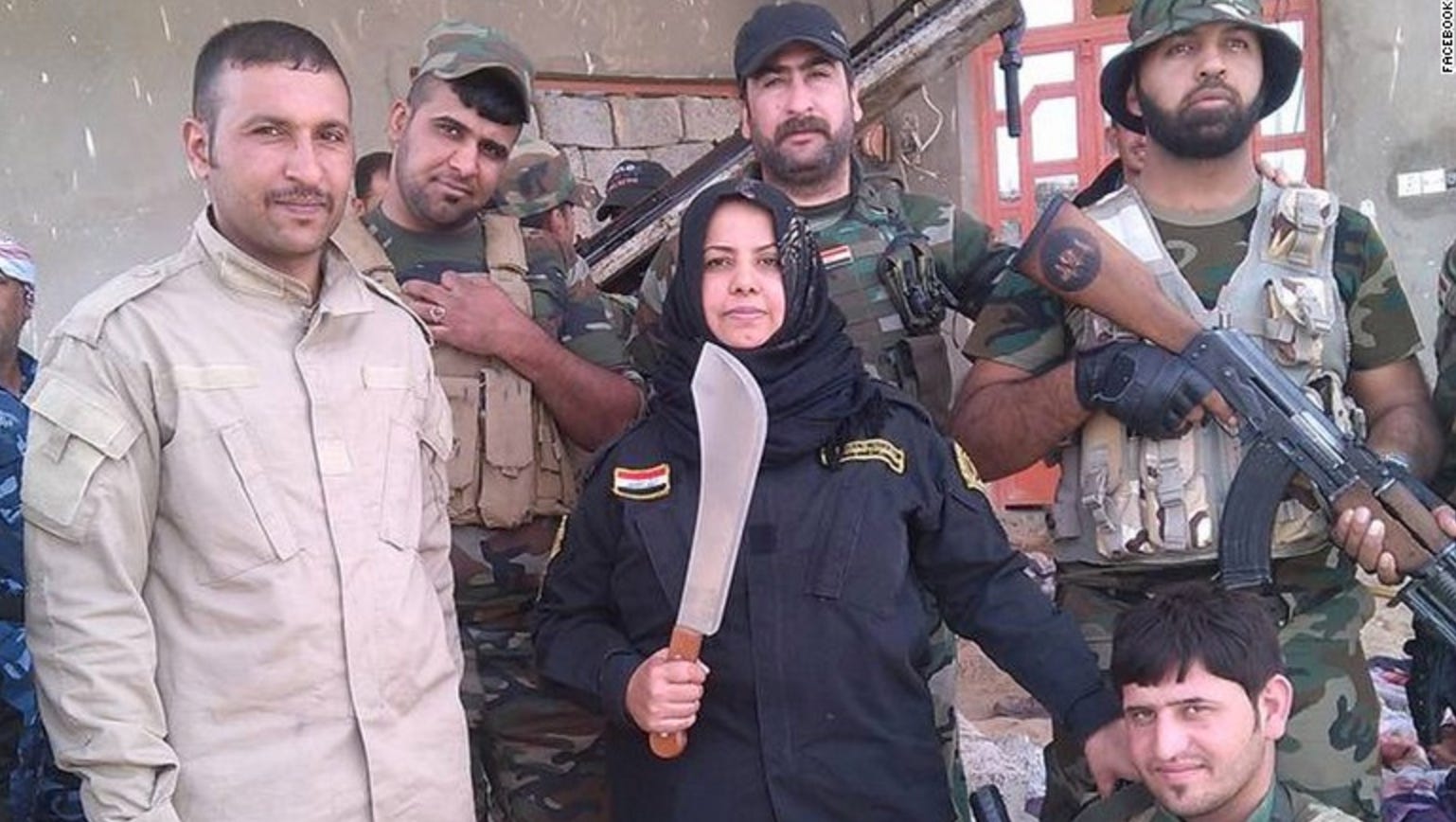 …We checked. Among many pictures of her with her dead husbands, fighters and generals, there was a photo of her in the same black combat fatigues and headscarf holding what appeared to be a freshly severed head. Another showed two severed heads in a cooking pot. In a third photograph, she is standing among partially-burned corpses.

ISIS, you fucked up this time. You killed the wronggggg husband and second husband and father and three brothers dogs and birds and sheep. Now it’s time for the head roast. 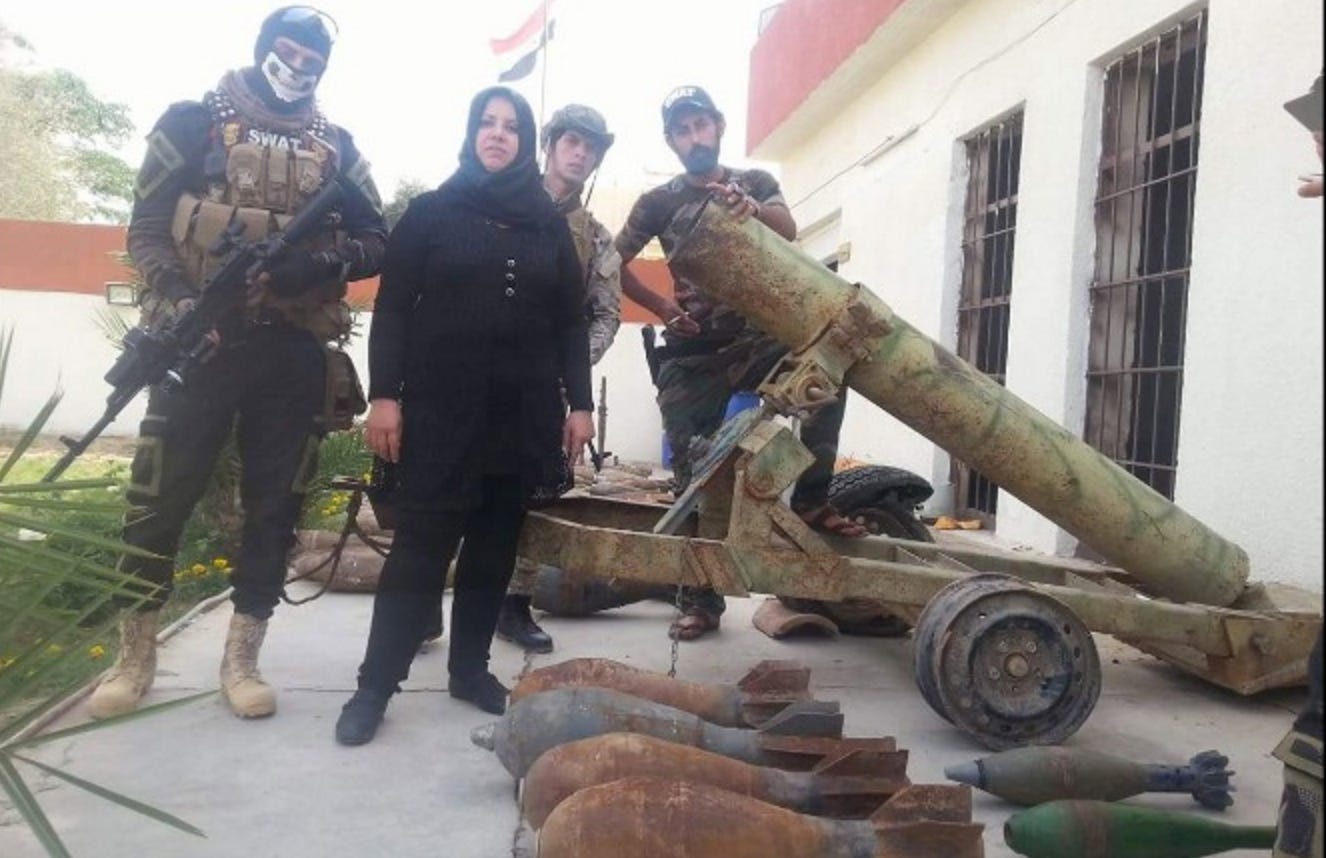 Love how she’s utilizing social media to keep the brand strong. Hopefully we get a Facebook Live of a revenge barbecue soon.