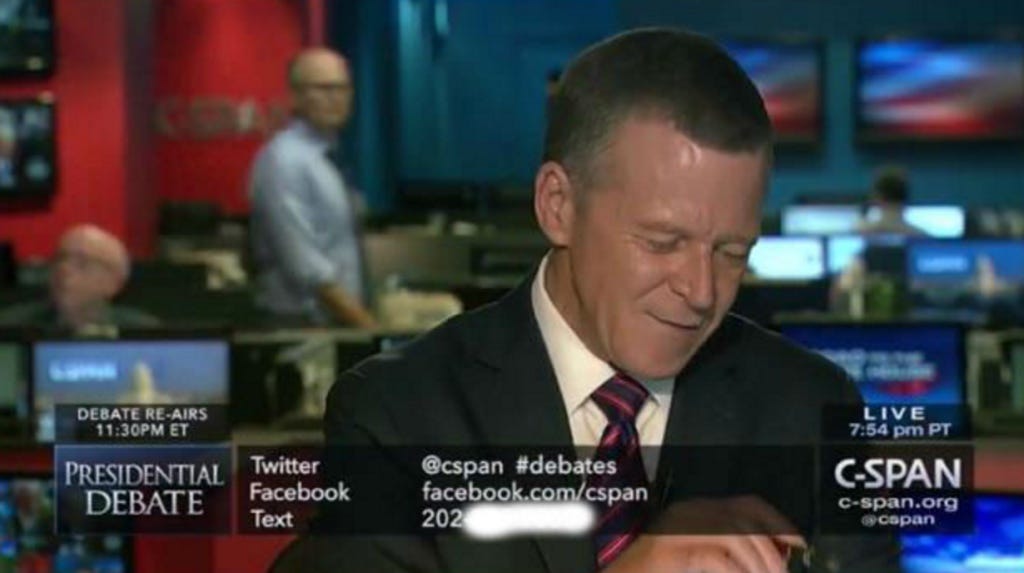 DCist - “I have no idea what happened,” Diaz says, but somehow C-Span posted her number on screen during their debate coverage, alongside ways to contact them through Facebook and Twitter. Her phone instantly became unusable thanks to the ensuing flood of calls and texts.

Diaz, a bartender at Eatbar on Barracks Row, was having an utterly uneventful night at home on Monday. She already made up her mind about who she is going to vote for in November and didn’t want to watch the candidates bicker. “I was being a horrible citizen and watching American Horror Story instead,” Diaz says. Horror story, indeed.

Around 11 p.m., she stared at her phone, bewildered, as it blew up. It was so constant that Diaz’s girlfriend had to time her phone call so they could speak. When a friend’s sister shared a screenshot from C-Span, Diaz finally realized what had happened and why so many people were itching to tell her their political affiliations. C-Span has not responded to a request for comment. She went to sleep with 7,900 texts awaiting her, and woke up on Tuesday to another 4,500. 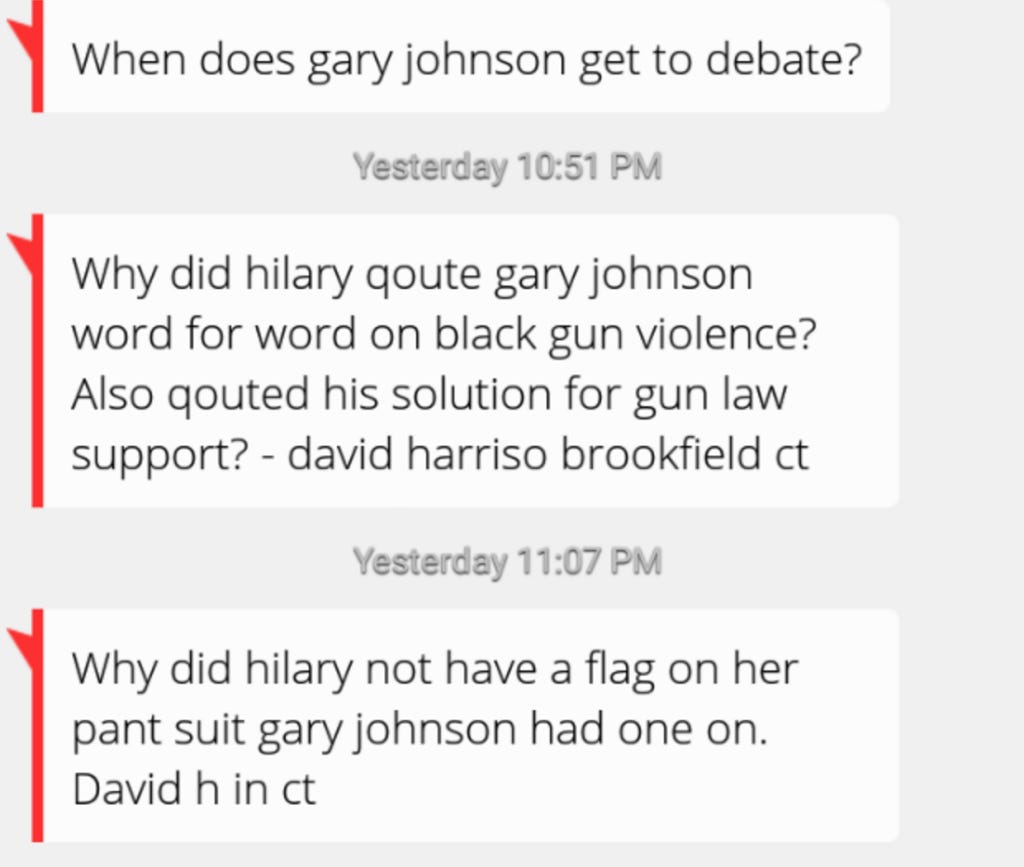 13,000 texts about the DEBATE. The fucking debate. There cannot be a more annoying topic to get 13,000 texts about. And it’s absolutely crazy that she is opening them and reading them. After about the 30th spam text about Trump or Hilldog or any of that nonsense you just have to call it a loss and toss that phone into the Potomac River. Your texts are one of the only thing in the world you can somewhat control. Your friends should know or not know what you want to text about. Your homies should not be blowing you up about Black Lives Matter or Gary Johnson’s gun laws. But this broad just kept on opening them, reading them, and then bitching about it on the Internet. It just ain’t worth it. At some point, that’s on you.

I will say this though- even crazier than getting 13,000 texts meant for C-SPAN is the fact people still watch C-SPAN at all. I have no idea how to find CSPAN on the dial.

And if we want to #StayWoke, what if CPSAN did this purposely to gain a little traction? Nobody watches that boring ass channel. But now all of a sudden they are in the news, trending on Twitter, having people talking about them. All they had to do was have their savage viewers text some woman and that’s some A+ viral marketing.