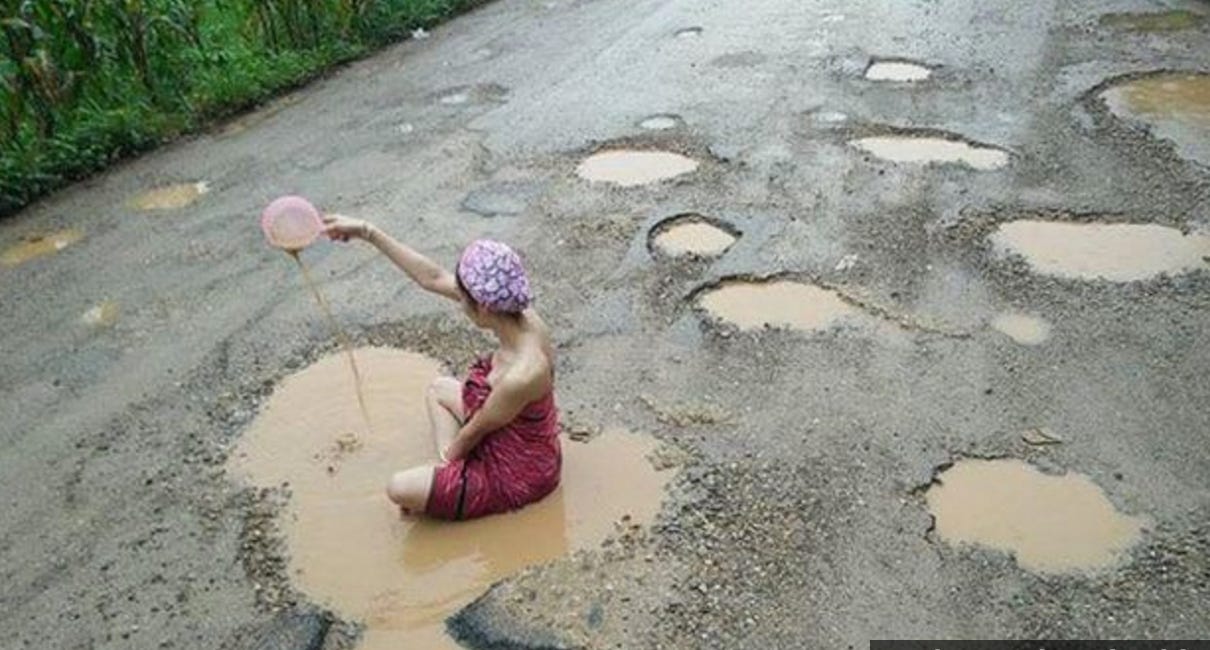 What is the best way to draw attention to an unrepaired road in your neighbourhood?
Write a letter to the authorities? Complain on social media? Or protest by sitting in the offending pothole and taking a bath?
Well, the latter is exactly what a Bangkok-based model called Palm decided to do. She was fed up with the condition of the roads on her route to her relatives in the Mae Ramat district in Thailand’s Tak province.
So she donned a shower cap and took a ‘protest bath’ in one of the holes that are causing ongoing problems and accidents.

I’m not the best protester in the world, but I’m pretty good. I am, however, a huge bath guy. I love a good bath. Sunday morning I like to take a long bath in some scented, bubbly water. It’s part of whom I am. So I feel like I’m qualified to speak on this puddle bathing matter.

I dont think you are supposed to look like you are having the time of your life while you are protesting. These women look like they are having a good ole time in the puddles, and I don’t blame em. Everyone loves a little puddle session, but it’s all fun and games until you get Leptospirosis or worms in your privates. 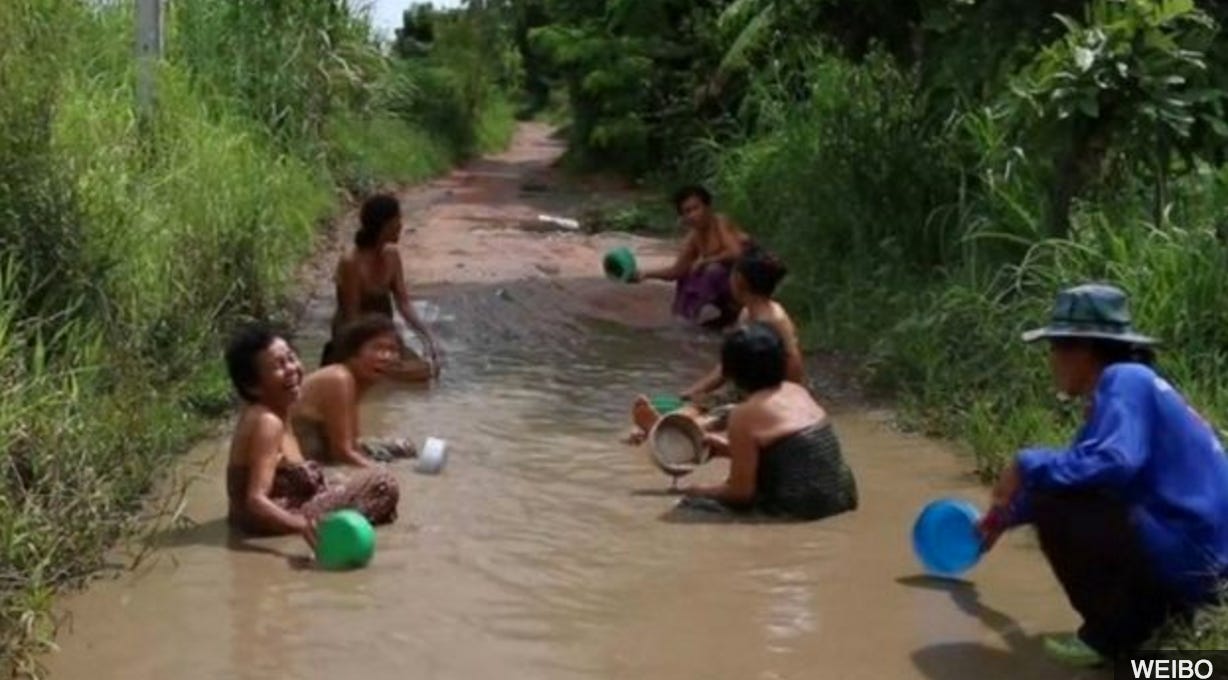 I’m concerned. If you sit in a dirty puddle for long enough, you can get worms in your butthole or vagina. I understand that most protests come with a certain level of risk but what risk is too much? Butthole worms are too much. Vagina worms are too much. 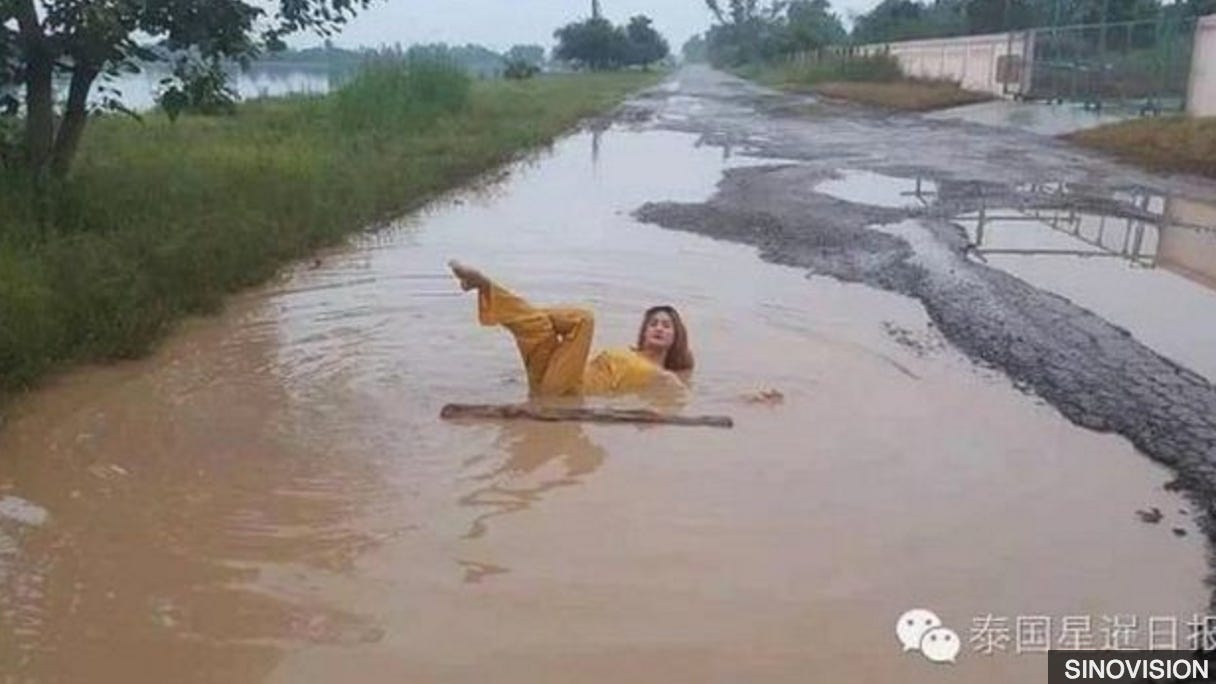 Just complete and utter disregard to the dangers that lurk in puddles. It seems to be working, though. Maybe the Thai politicians realized that if these women are willing to sacrifice basic worm free buttholes and vaginas that these potholes are serious business. 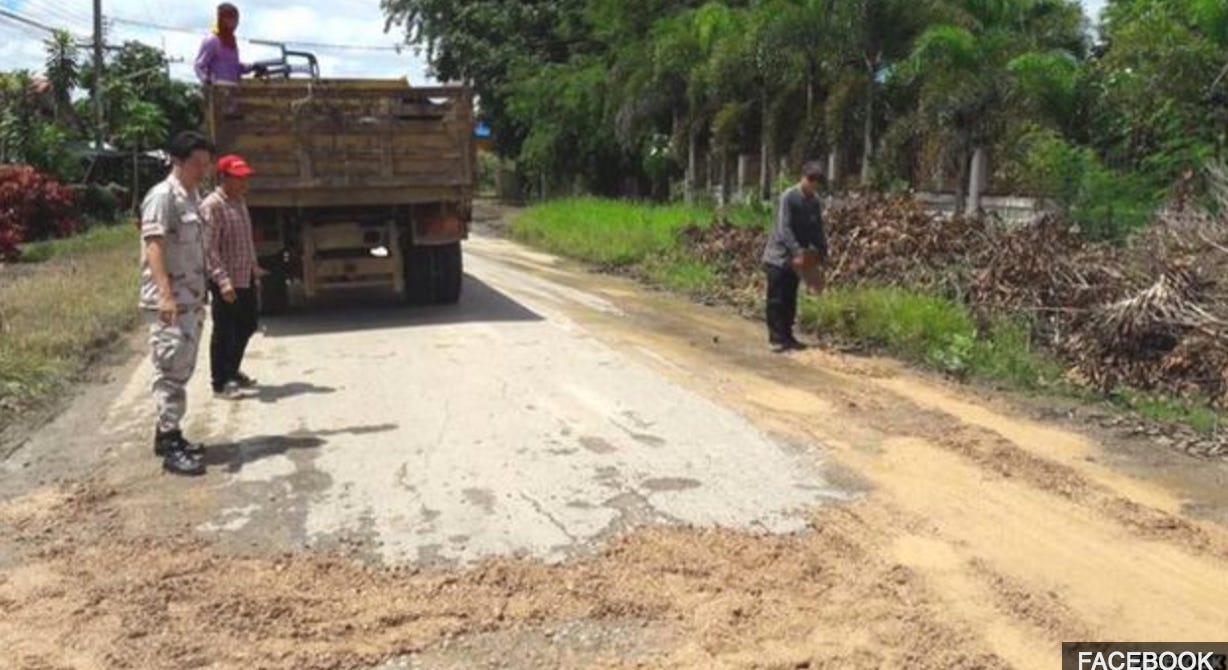 Good on these women. They are really making a difference by bathing in puddles. I never would have guessed it. Perhaps I’ve been too guarded about having worms in my butt to make a political difference.

They complained that the government hadn’t repaired the road for the last 30 years. But they have now been promised that the road will be repaired after the rainy season.
Palm’s pothole protest also appears to have made a difference. According to reports the governor of Tak Province ordered the relevant agencies to repair the road without delay, and new photos posted on Facebook appear to confirm that those repairs are underway.

Credit where due. Well done, ladies.