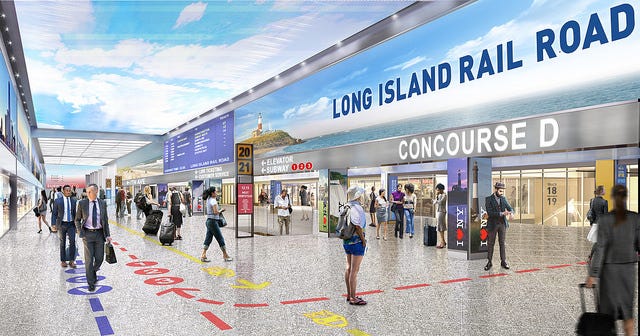 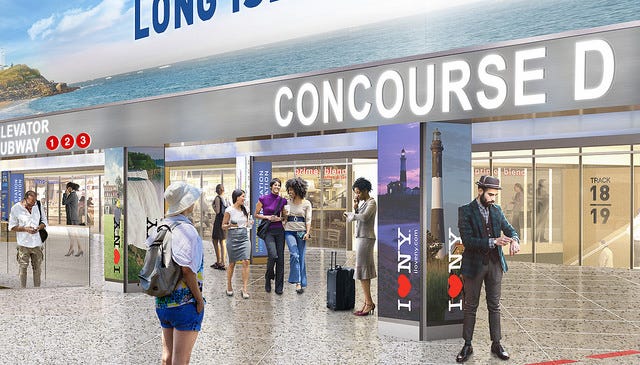 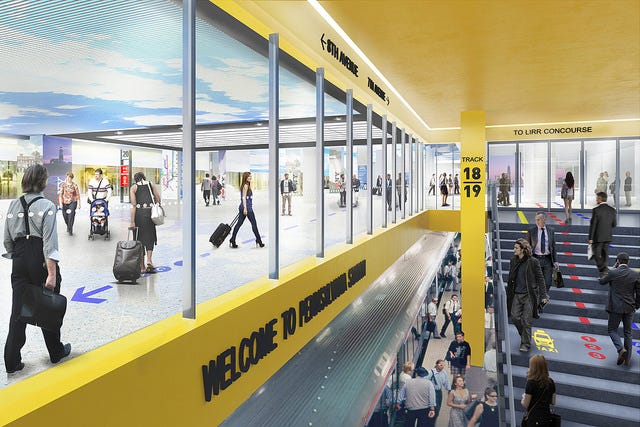 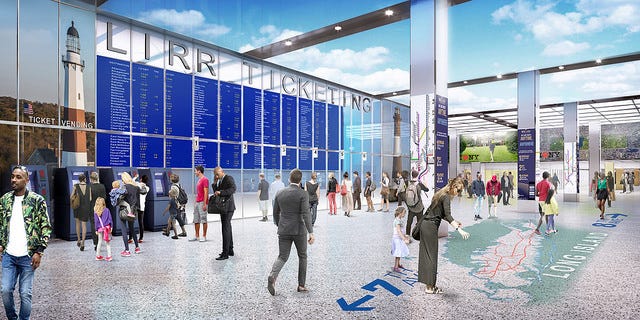 NY Times- For nearly a quarter-century, governors and mayors in New York have been stymied in their attempts to fix Pennsylvania Station, one of the busiest transit halls in the Western Hemisphere and one of the most crowded and confusing. Gov. Andrew M. Cuomo on Tuesday presented a fast-track plan that would finally create a train hall and retail space in the James A. Farley Building, also known as the General Post Office, on the west side of Eighth Avenue in Manhattan, while renovating the cramped, dingy underground passageways and platforms across the avenue at Penn Station.

The Farley Building would become a home for both Amtrak and, in a break with past proposals, the Long Island Rail Road; that should bring some relief to the congestion at Penn Station, which also houses New Jersey Transit trains and two subway lines. On any given day, more than 600,000 commuters and travelers — triple what the station was designed for — move through it. The Farley train hall is expected to open in December 2020.

Big news here for the countless members of the rat race that commute to the mouth of hell known as Penn Station. I mean we have heard about a new train station for about as long as the 2nd Avenue subway has been under construction, but I think having mock ups and pictures means that this thing may actually happen. Granted, I am the same guy that believes a superstar will be signing with the Knicks just because there is a Photoshop of him wearing orange and blue. But that’s how you have to think in New York. You need hope. Or else you are just living in a smelly, dirty city that will never get better.

So for that reason, I am going to choose to believe that these pictures are going to actually going to come to fruition in the form of a new Penn Station. And I am also going to wish that the MTA also grows a heart and actually builds the Grand Central to Penn Station connection for all the sad souls like myself that commute on the other side of their transit hub.

And while I will be thrilled if the new Penn Station has actual views of the sky, markedly less homeless people, and improves the system of creating a Hunger Games mad dash for a seat after announcing what track your train is on. But if it doesn’t have a Rose’s Pizza in it, Penn Station with their gigantic beers and delicious pizza, I will have no choice but to consider the new Penn Station a massive failure. Rose’s is truly an oasis in the desert of misery that is Penn Station.

P.S. Look at this fucking shlub. It’s 2020 bro. Buy a fucking suitcase with wheels on it! 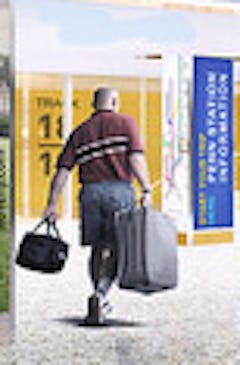