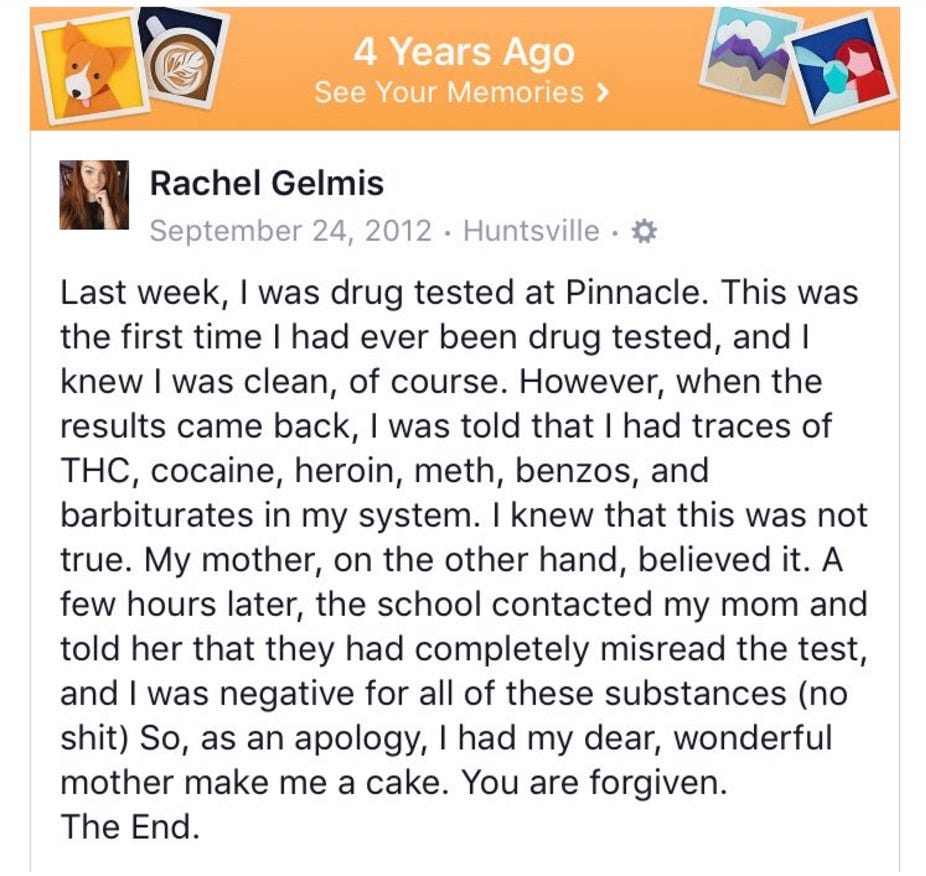 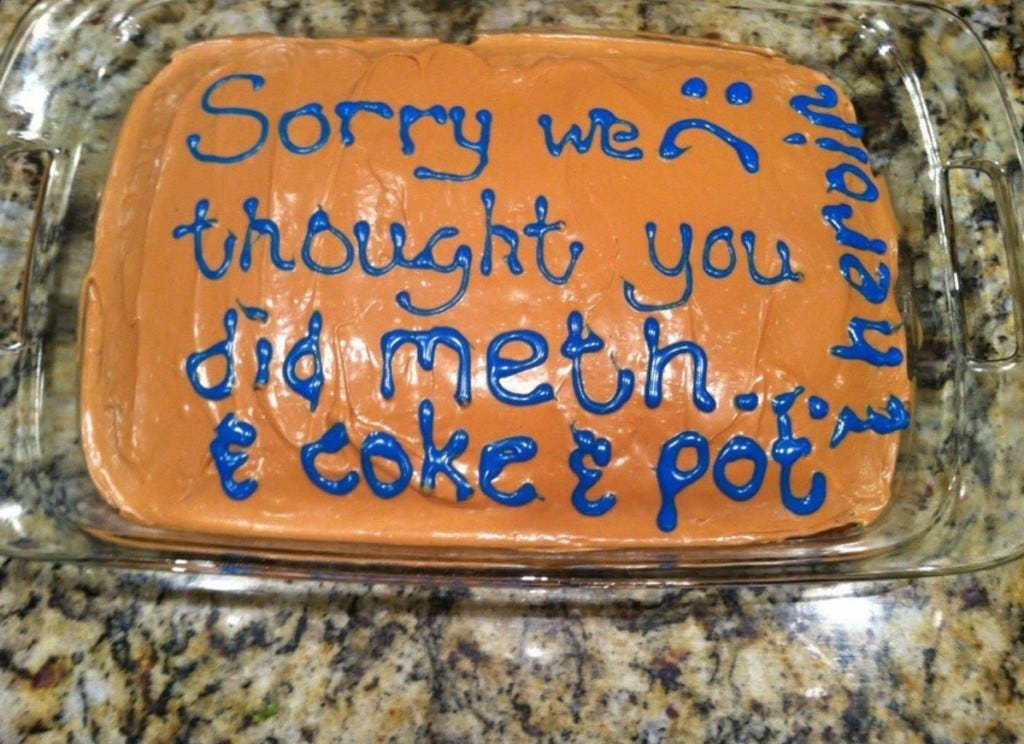 Mashable – In 2012, high school student Rachel Glemis willingly took a drug test at her Alabama school. While Glemis wasn’t on any drugs at the time (besides those she had been prescribed), the test concluded that she had heroin, meth, and cocaine in her system. Glemis’ mom accused her of abusing drugs — before discovering that the school had made a big, bad mistake.

“When the test came back, they completely misread it, and read the indicator for a drug being negative as positive,” Glemis told Mashable in an email. “So they assumed I had tested positive for everything mentioned.”

Classic school mix-up here that, in Alabama of all places, had at least 3:1 odds of leading some poor high school kid being beaten with a switch. But honestly this mom needed to do way more of an apology here, preferably lavishing this poor chick in gifts or at least adding a couple tiers to that cake, maybe a cake topper with an ashamed mother holding syringes and baggies of white powder making this gesture:

Because if you think your kid is on heroin and meth and weed and coke, you must REALLY fucking hate your kid. No one takes news that some straight As dream child is on seven types of drugs at face value. It’s only when your kid sucks and is going out all night and doing God knows what that you go “Hmm.” It’s just so heavy of an accusation that there has to be a real track record of shitty child behavior backing it up or else it doesn’t even make sense.

Though for what it’s worth, when I first left for college my mom found a big Ziploc bag full of a green plantlike substance in my dresser. When my dad told me the story later, she was hysterically crying thinking that it was weed, immediately brought it into her office because she worked with a Jamaican chick who smoked and expected her to do some sort of in-depth testing to confirm her suspicions that it was weed and this was the reason I wasn’t an attentive son throughout high school. Her coworker opened the bag, picked up a leave or two, sniffed it, and immediately looked at my mom telling her, “Lori, this is oregano.” And this wise Jamaican woman was right, it was actually a big bag of oregano from an acting class I took my senior year in which it seemed like that would be a helpful prop for a scene and, in fact, I was just a mediocre and mostly indifferent son. In summation: I’ve been there and it hurts, moms are idiots, oregano is not weed, and also this surprisingly sexy ginger chick and I clearly have so much in common in terms of parents accusing us of drug use and should definitely discuss it over pillow talk: 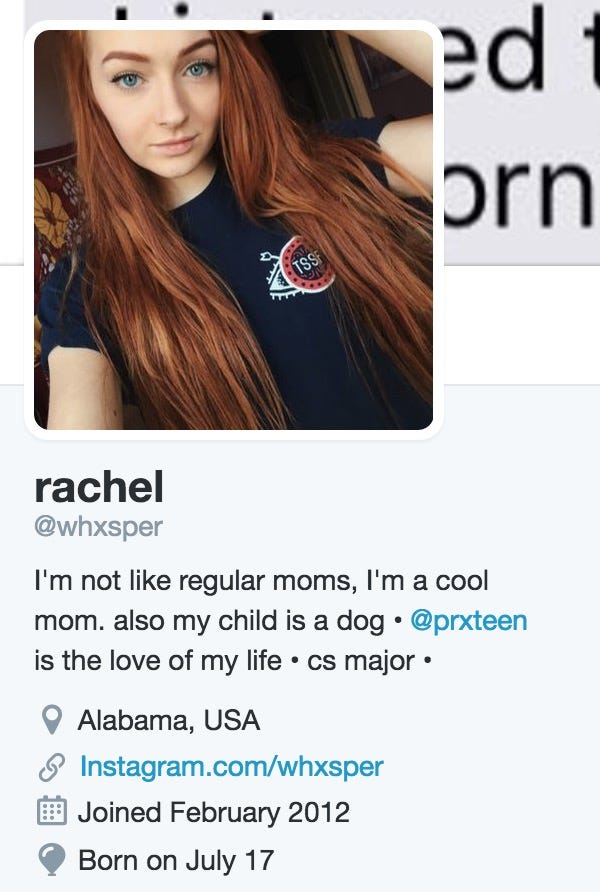