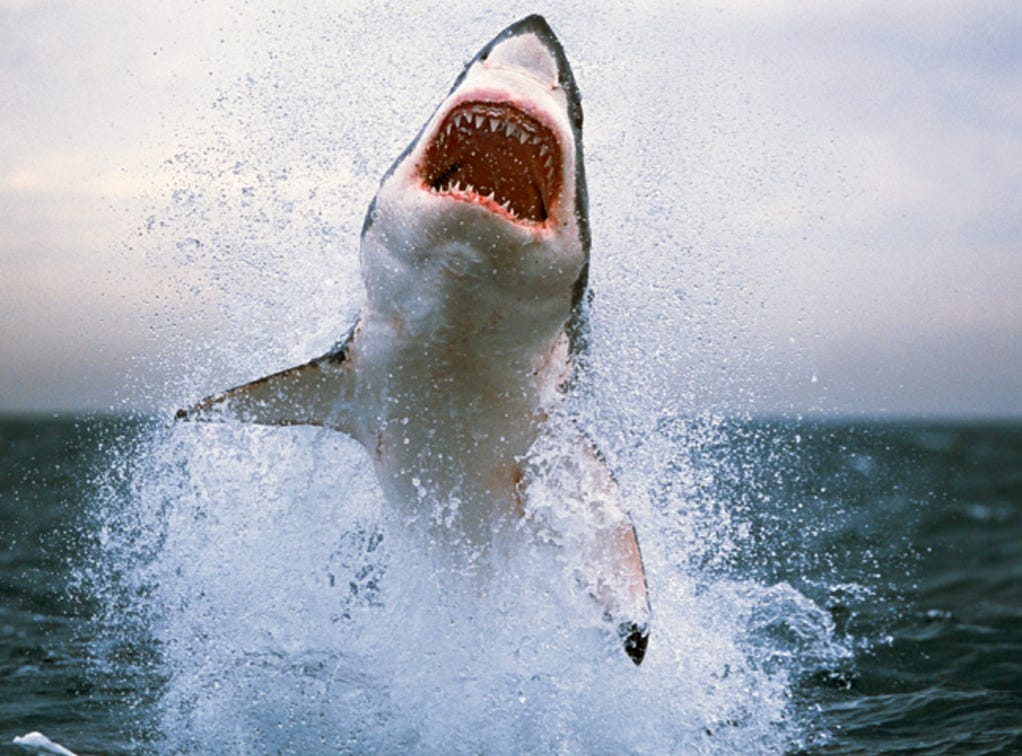 Charlotte Observer - A teenage surfer is in stable condition after he was bitten by a shark Monday at the same Australian beach where a Japanese surfer was fatally mauled last year, officials said. Cooper Allen, a 17-year-old high school student, was surfing with friends on the first day of the students’ spring vacation when he was attacked off Ballina’s Lighthouse Beach at midmorning, Ballina Mayor David Wright said.

The shark struck from behind and bit across the board’s fins as the boy lay on the board paddling. The shark’s lower jaw tore into the fiberglass as its upper teeth clamped his right hip and thigh, Wright said.

“The shark lacerated his leg in three or four places fairly deep,” Wright said. “Luckily the lifeguards were on duty and got down there quickly.” The state government last month abandoned plans to safeguard Lighthouse Beach with a 700-meter (770-yard) nylon shark barrier.

Allen, who had been a friend of Nakahara, told The Australian newspaper in July that such a barrier would be a waste of money. “We still go out there without the net, at our own choice. I don’t think there is any need for it,” Allen told The Australian.

It’s poetry in motion. Tells the newspaper that they can take the nets and shove it, and then immediately goes out there and gets his leg ravaged by a shark. But we’ve all been there. It’s like when I order a coffee and I absolutely know it is going to scald the roof of my mouth, but time after time I take that chance anyway. Can’t live your life wondering “is this coffee going to burn the taste buds straight off my tongue?” or “should I avoid this surf area which is full of sharks so I don’t get my leg bitten off?”. Go big or go home, 24/7, as his logic makes perfect sense- if sharks are going to attack, then so be it, no sense on having those pussy ass “nets” that will “prevent shark attacks” and “help keep the surfers safe” from “deadly sharks”. We live for that rush.