Welcome back to the weekly Barstool Office Power Rankings. It’s officially a wrap on week 4, which means by my count it has been 1 full month at the brand new, high tech New York City office. An office that is so revolutionary that we have literally re-defined the phrase “high tech,” which now means a place that has internet connections 65-75% of the time, has radio studios that can’t take live calls and has TVs running on HD antennas. We’ve got one tech guy on vacation and one running around doing literally everything who I’m not sure has slept since we hired him.

But all that stuff aside it was another solid week of blogger interpersonal relationships, lots of bonding and hanging out after hours and collaborating on new content ideas. I’m sure Portnoy will get involved soon to try and create some conflict but for now everyone is getting along and focused on the team, the team, the team.

Let’s check in and see who the strongest performers were, and who could step it up next week: 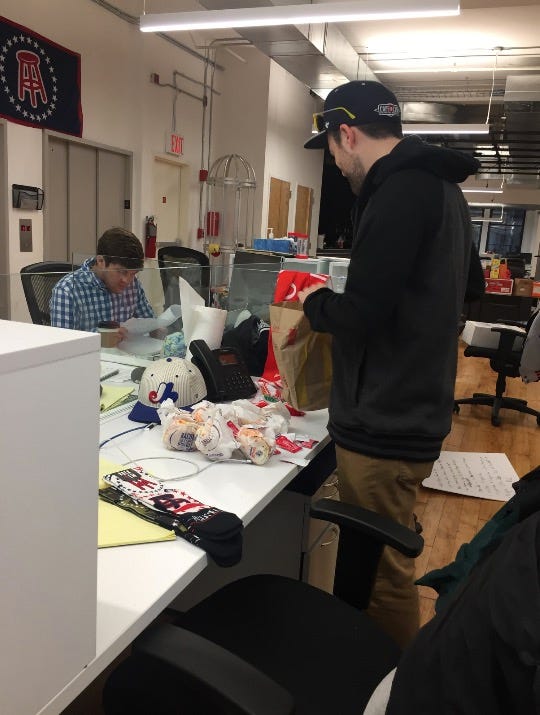 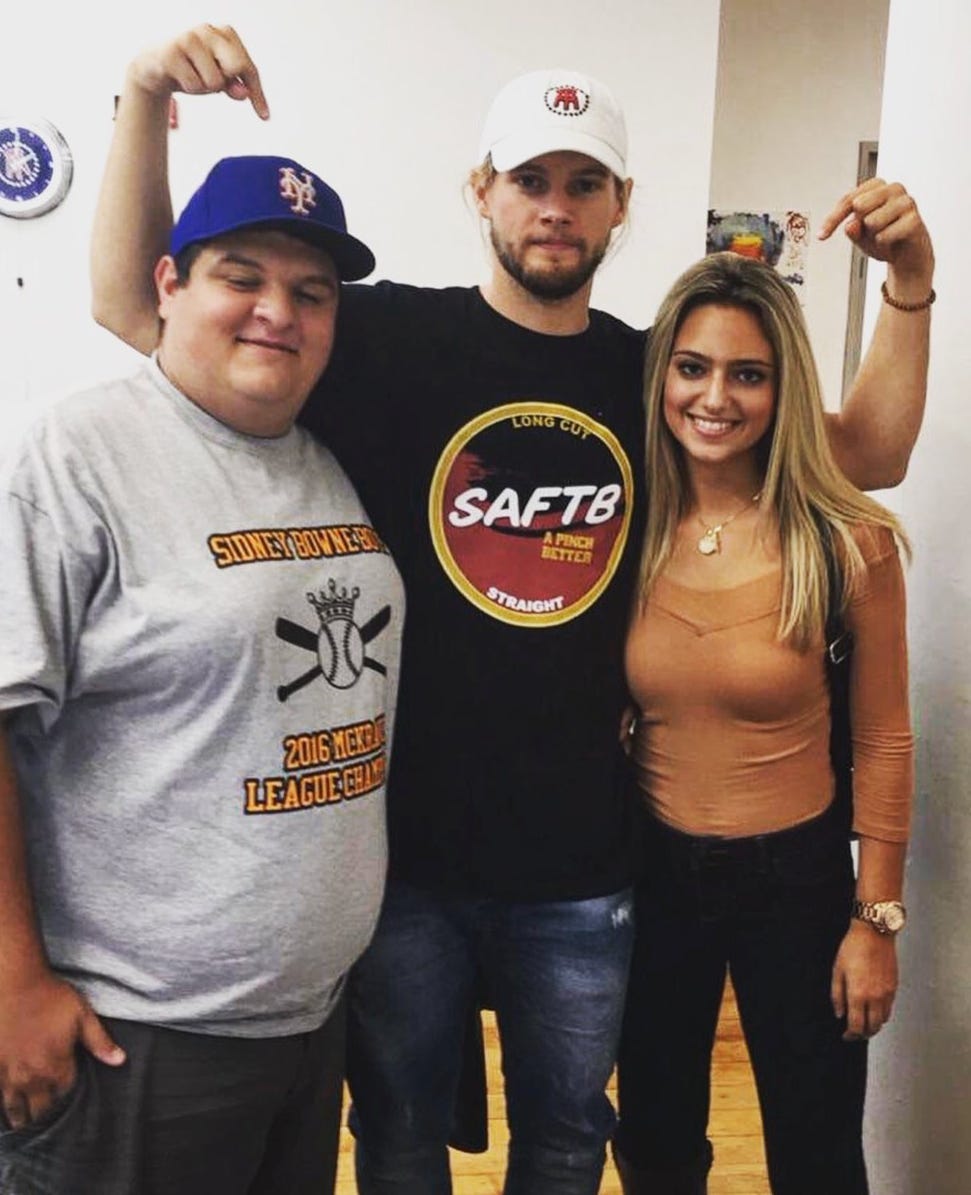 Just an incredibly professional young woman. AND proficient in Excel. Honestly would have been hired blindly just based on the strength of the resume alone. Barstool may seem like a chaotic, disorganized operation but we actually need the most qualified and talented people in the most important positions such as “Intern Glenny Balls’ Intern,” so I’m just glad we got the role filled by someone who is absurdly polished and capable. 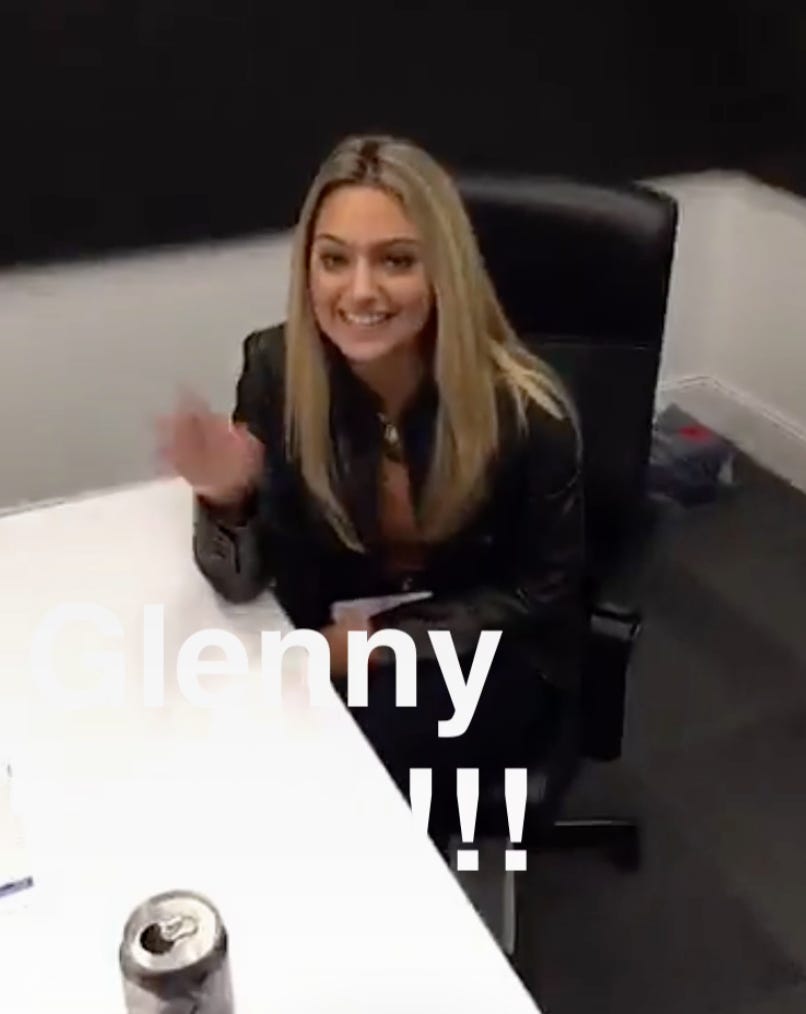 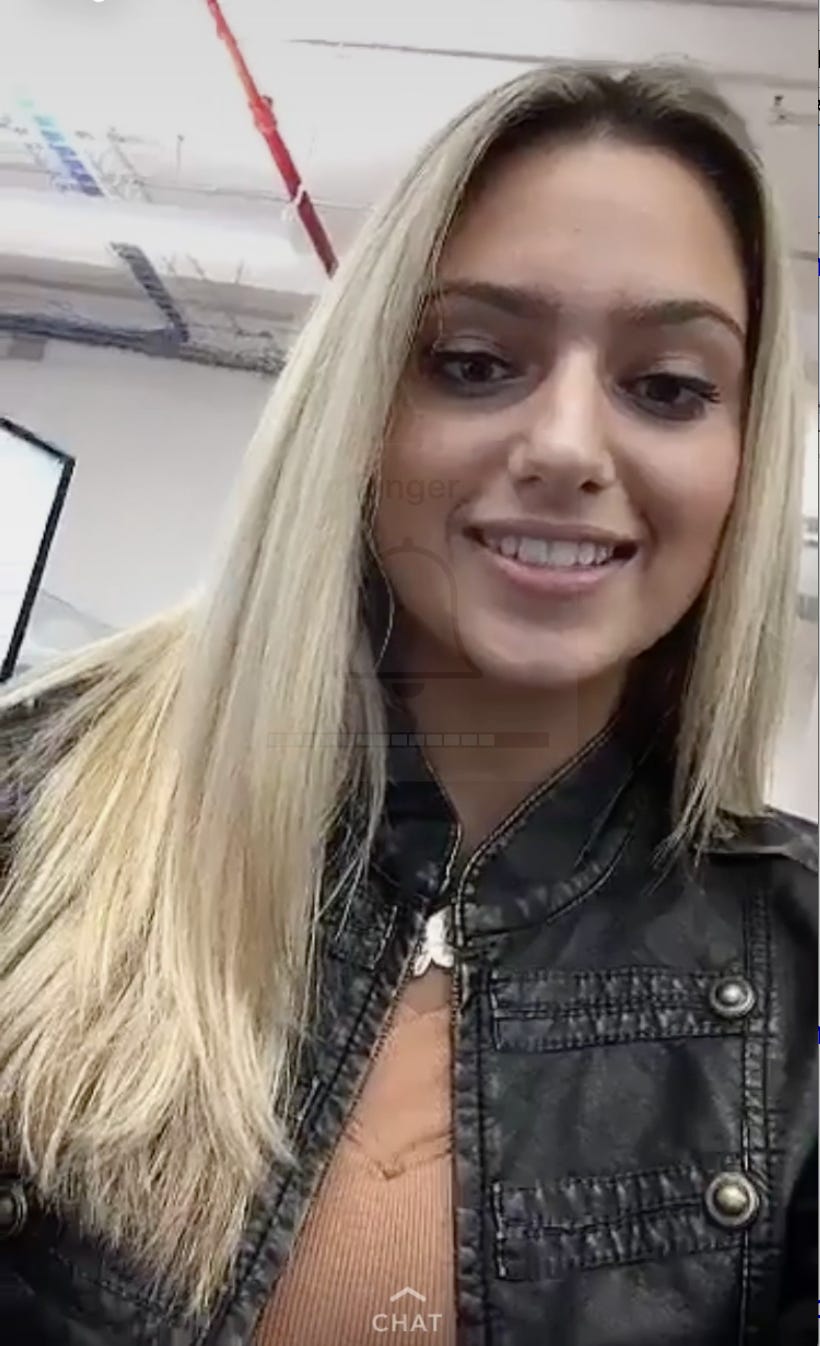 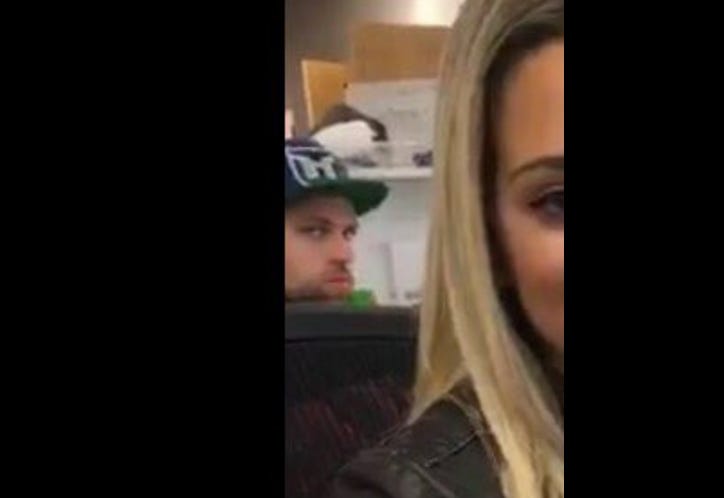 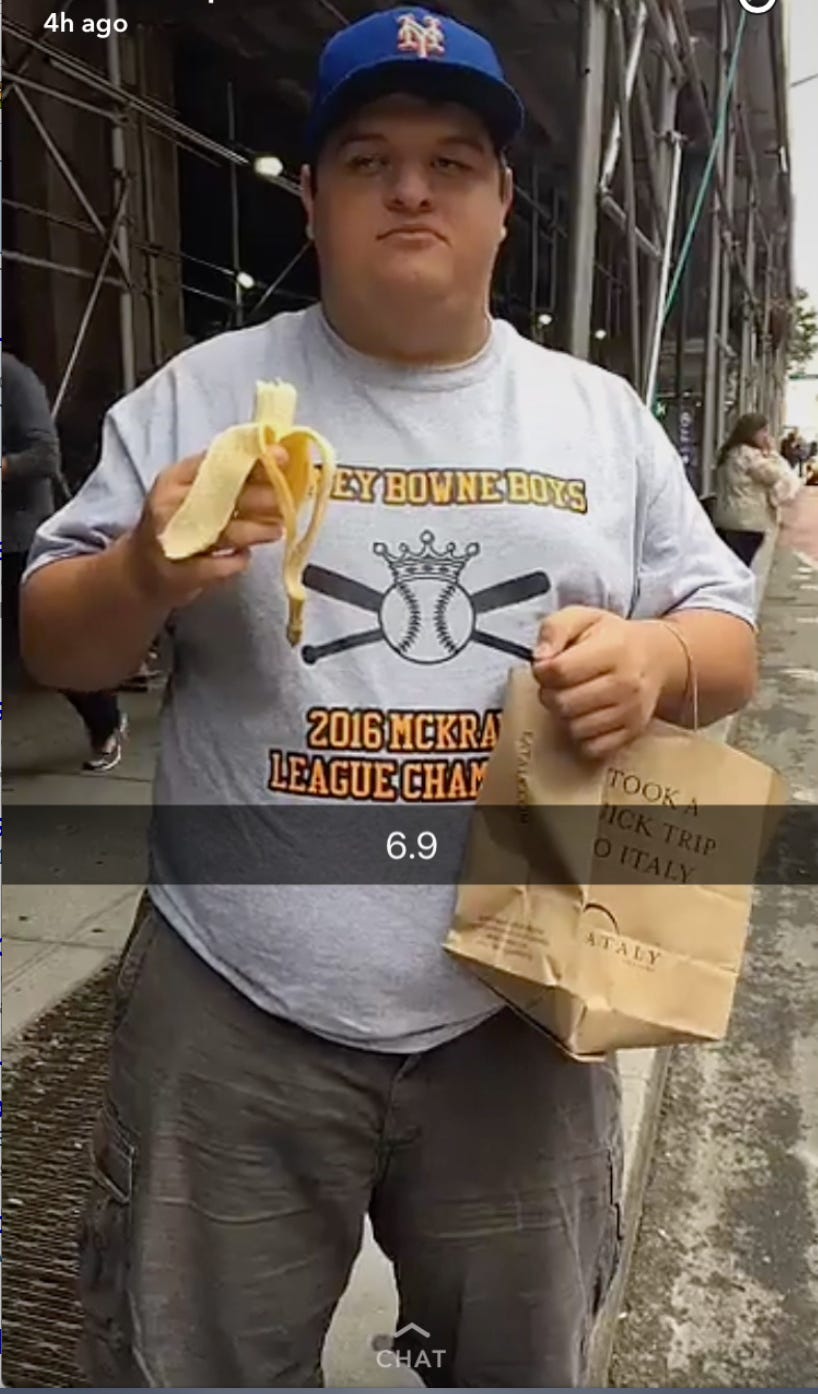 Great hire Glen. That’s two big time moves by Glen this week: Ria, and getting by far the most face time with Peter Chernin. 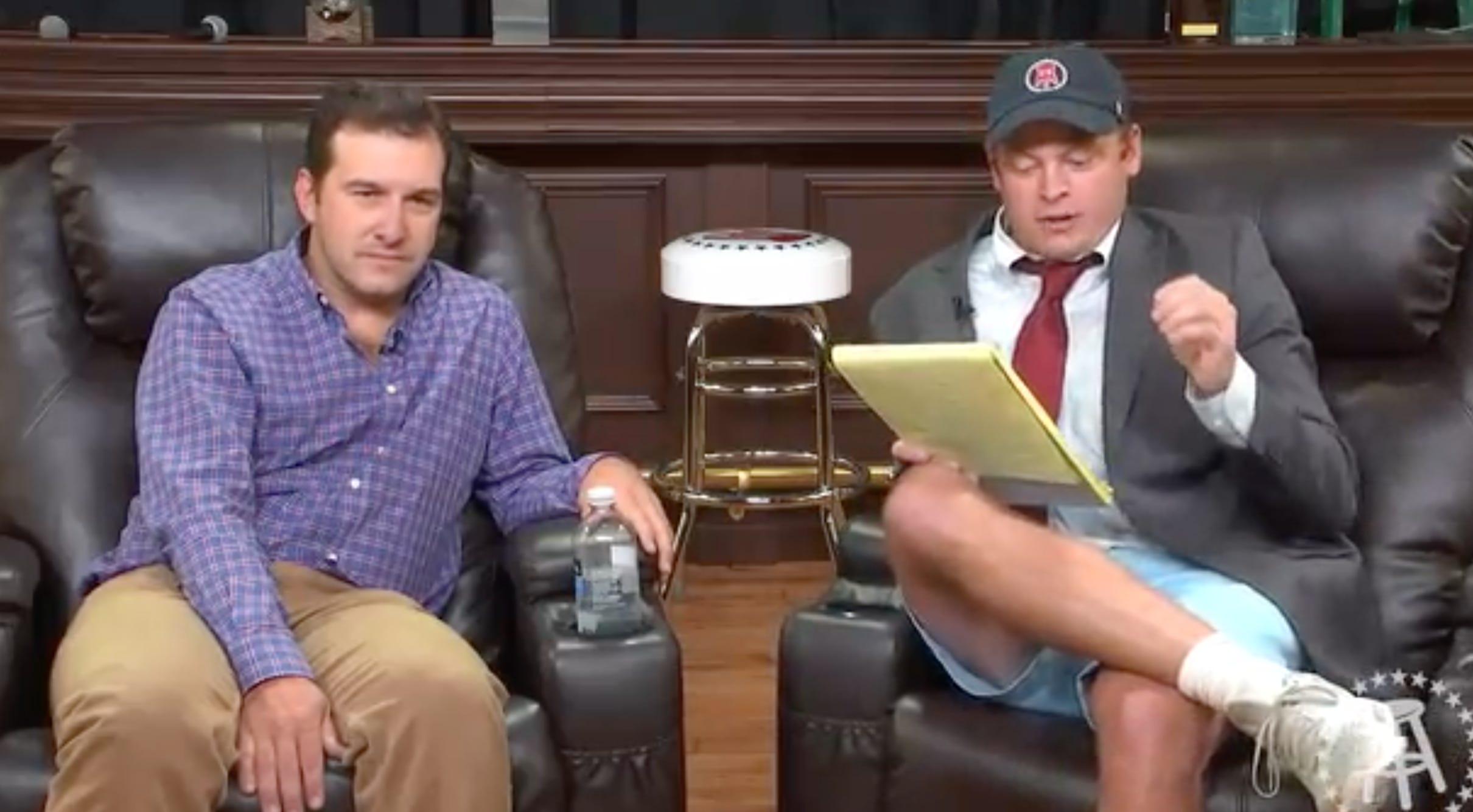 I have a hard and fast rule with the Power Rankings that if you are involved in a massive train accident on your way to work then you get a spot in the top 5. Just an old fashioned standard I like to adhere to. Now consider the fact that CRO Jay made it into work before 95% of the staff not coming from Hoboken, and had every major media outlet banging down our door begging to credit Barstool Sports on their stories? Tough to be more valuable than that. Shout out to somebody from the nerd side of the room for breaking through.

Also, poor guy sits like, in the bathroom. Anyone that needs to take a shit basically hits him in the shoulder with the door on their way in and out. No clue how one of the most valuable people here gets stuck sitting virtually inside of the toilet to make our million dollar sales. 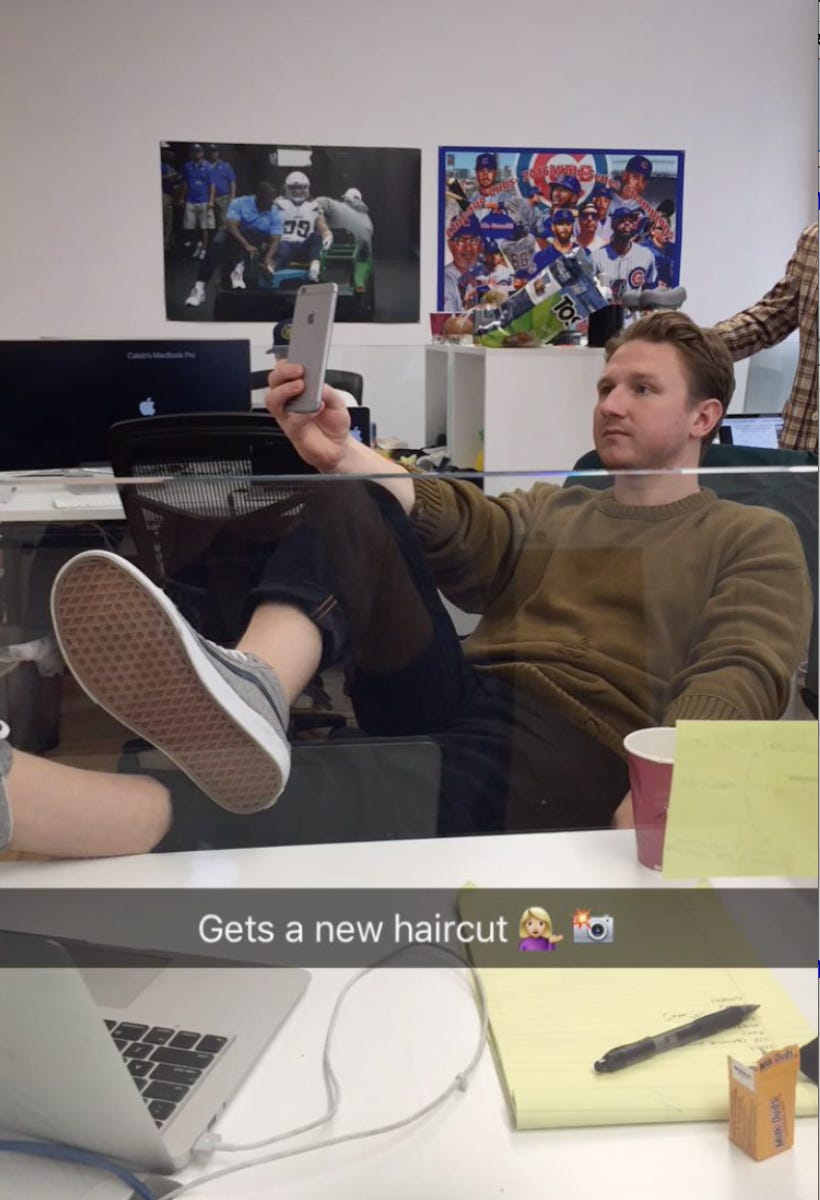 The big man Peter Chernin was coming in to the office Tuesday for a Q&A session so we were told to come up with some questions. Everyone just took that as, make sure you’re there, and we’ll shoot the shit for a little bit. Not Feitelberg. John had his headphones on, plugged in, watching old Peter Chernin interviews for 2 hours+. 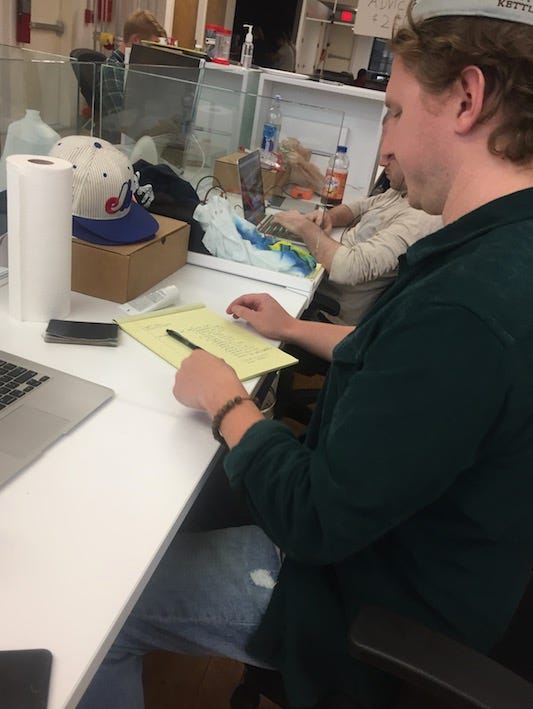 Came over to say something and he put his hand up and shushed me because he was in the middle of transcribing a YouTube of the 2010 Web 2.0 Summit. Filled up an entire notebook page with quotes and possible questions. Then unleashed them on everyone right in the middle of the meeting.

I don’t even remember what the question was, I think it sucked, but that’s not the point. Major bonus points for preparedness and professionalism. 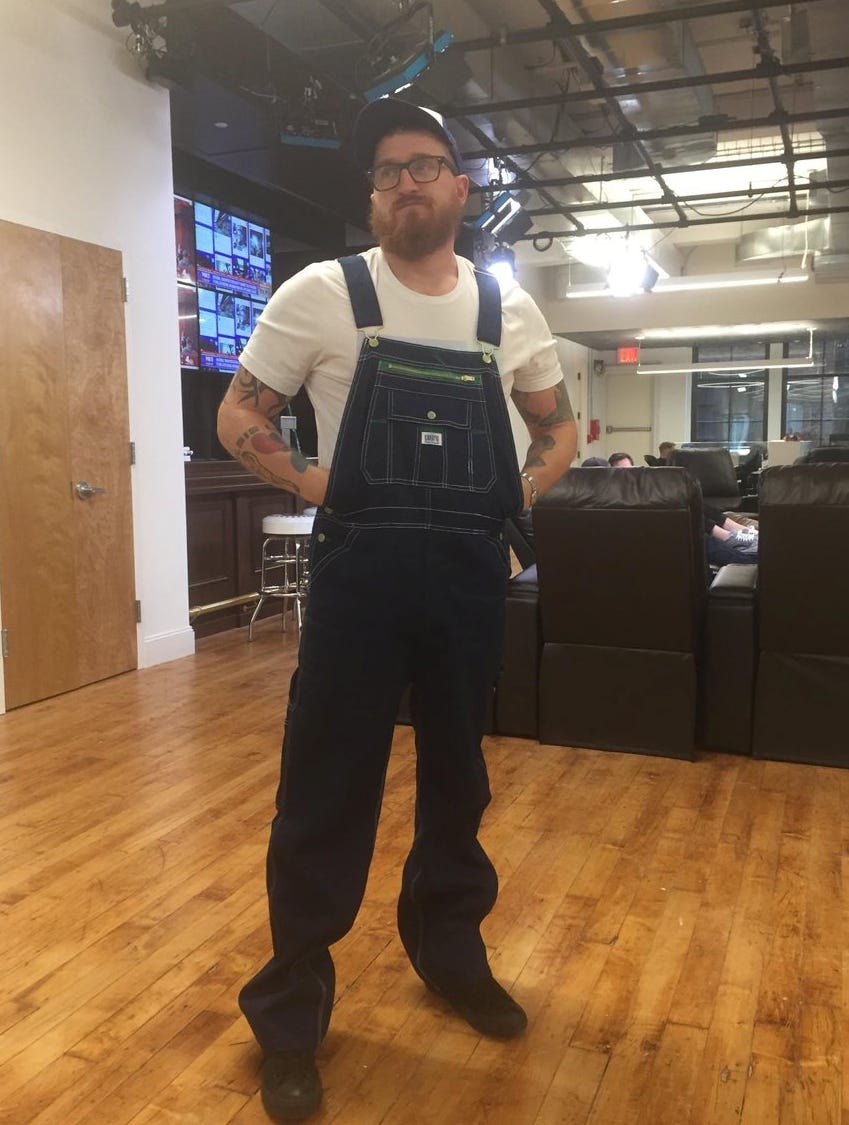 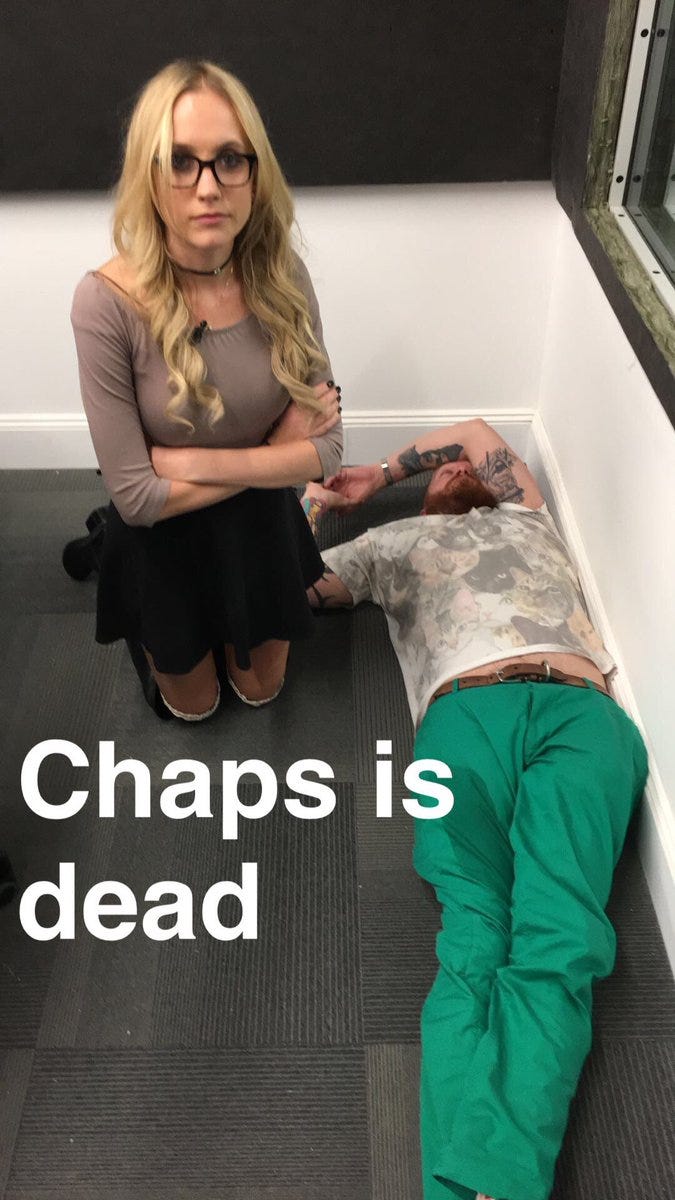 My longtime internet friend Chaps finally made the trip up to the Big City to visit and spend the week in the office, and man did he make his mark. Chaps made it, oh I’d say 3 hours before hitting the whiskey we have stashed behind the bar, and his subsequent performance on the Trump/Clinton Debate Facebook Live was an instant classic. Was it what some might call a little “too drunk”? I guess, if you’re a nerd. Other people call it letting loose. I mean he’s on vacation. And he has a Purple Heart.

When you check your phone and realize you’re #2 in the Power Rankings and you don’t even work in the office: 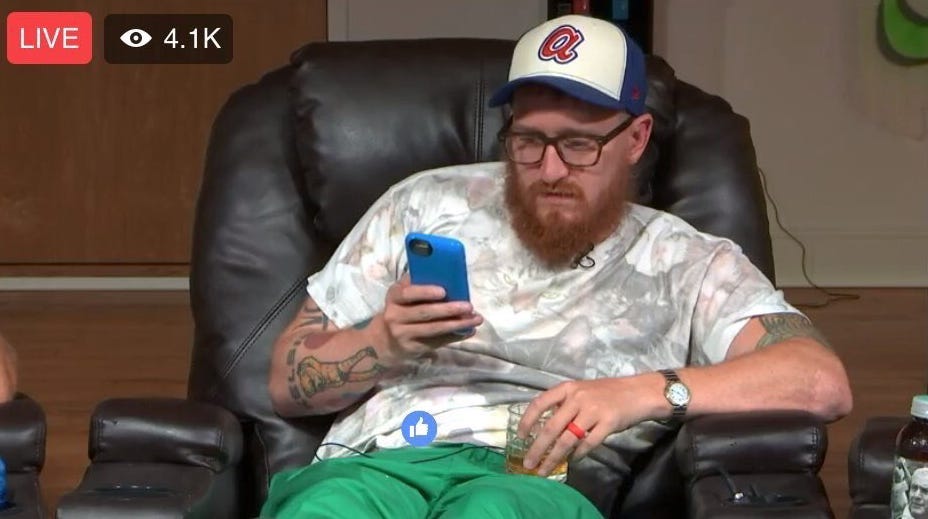 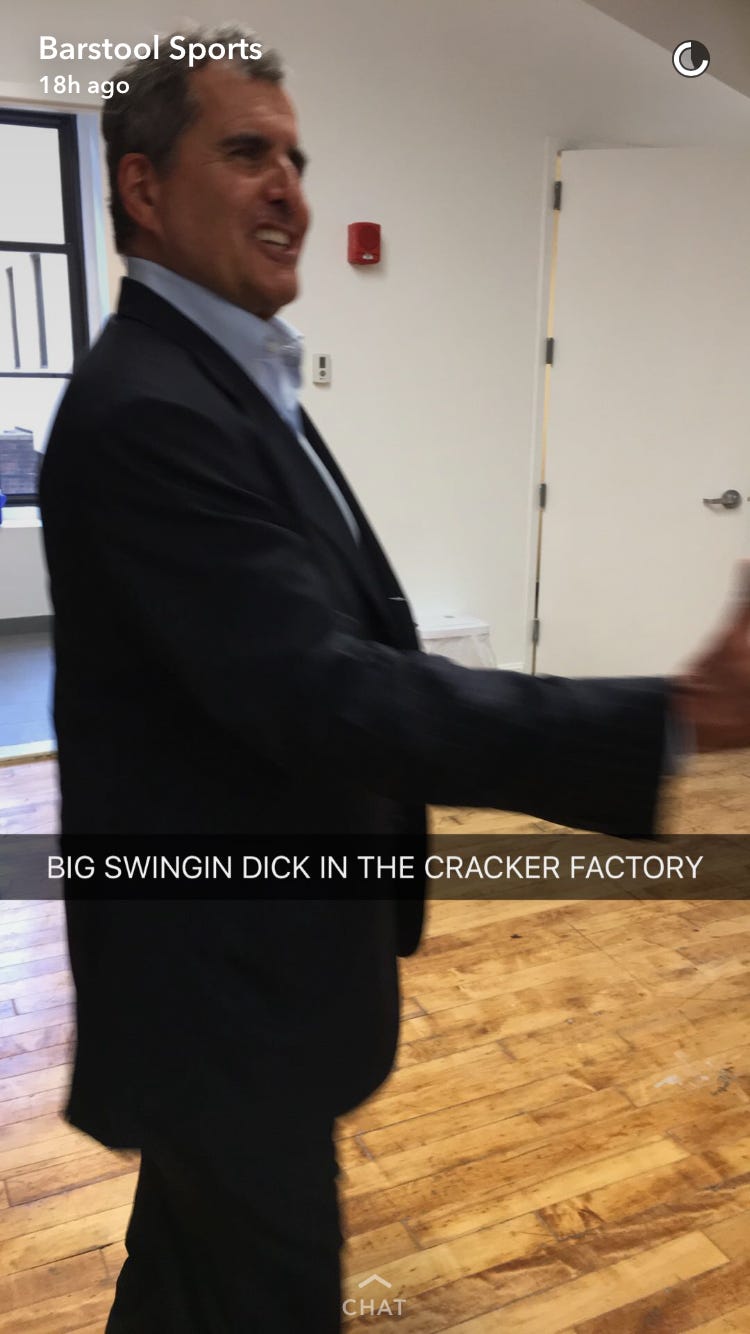 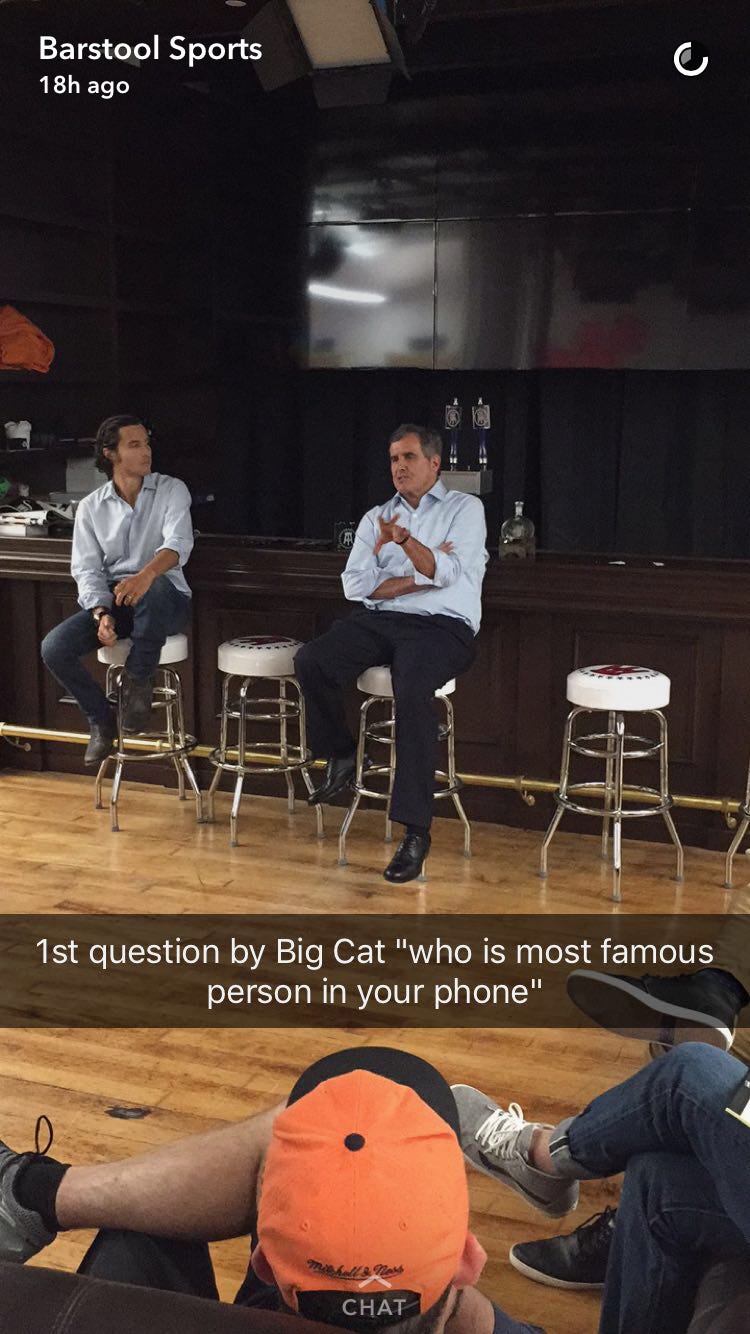 Who else? The majority owner of Barstool Sports. One of the most powerful men in the entertainment industry. A visionary. An inspiration. A true leader of men. Rallied the troops and had everyone ready to blog through a brick wall. Had guys jumping up and ripping their shirts off and smashing their faces through plates of glass then going out to create content content content.

The exact moment when you realize your investment may have been a big, big mistake: 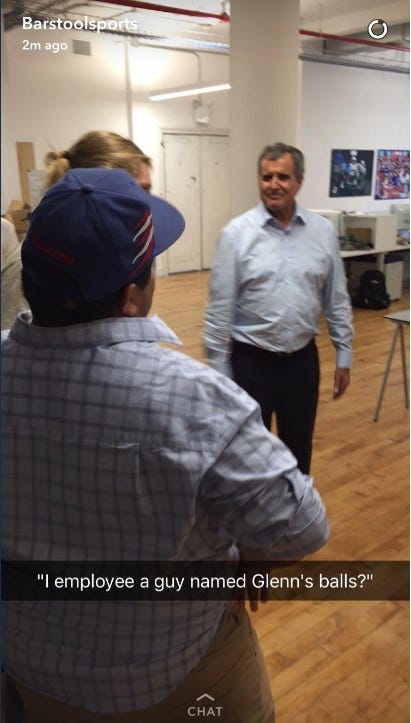 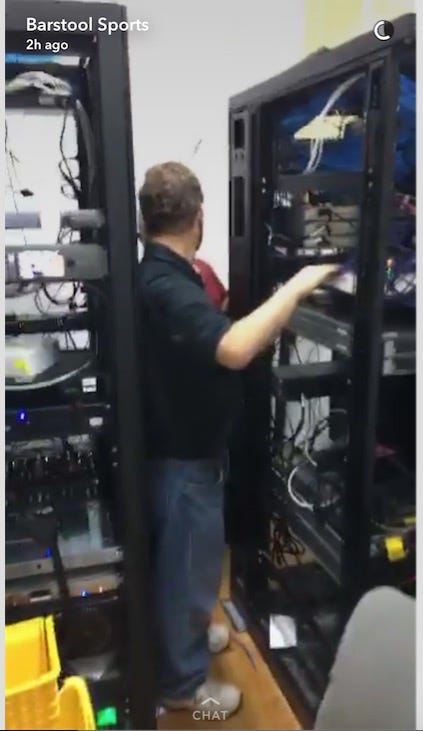 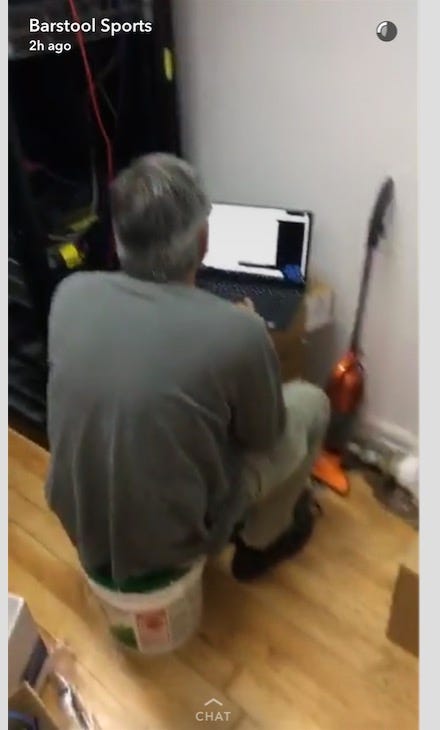 Off and on all week. Just flat out did not have it today. I’ve never run a business before so I don’t mean to act like I’m a titan of the industry or something I just feel confident that an internet company should have internet. 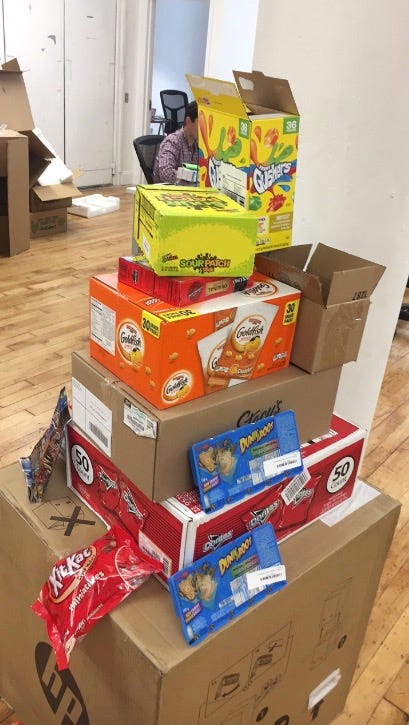 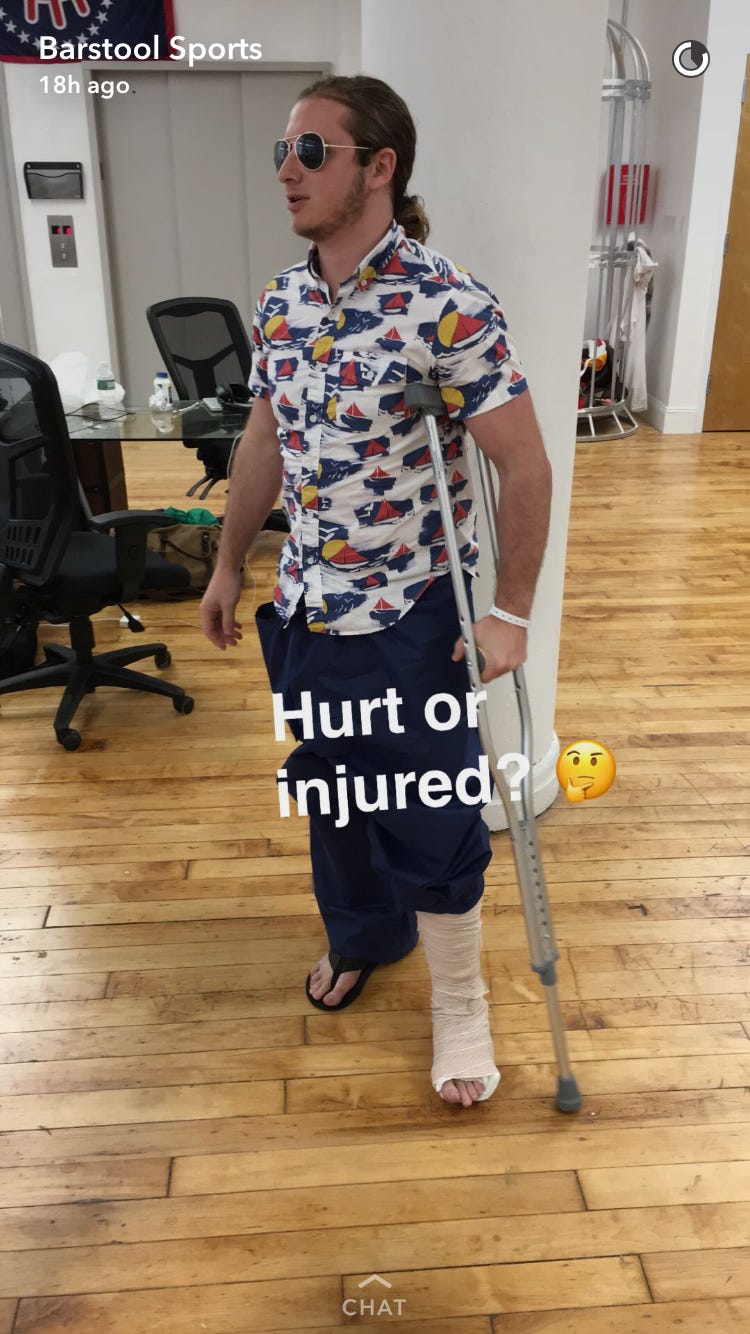 Folks, you just can’t milk an injury more than this. Showing up to the office 4 hours late still in your hospital scrubs, still with your hospital wristband on, and with a cast and crutches? Whatever the opposite of grit is that’s what PFT showed this week. 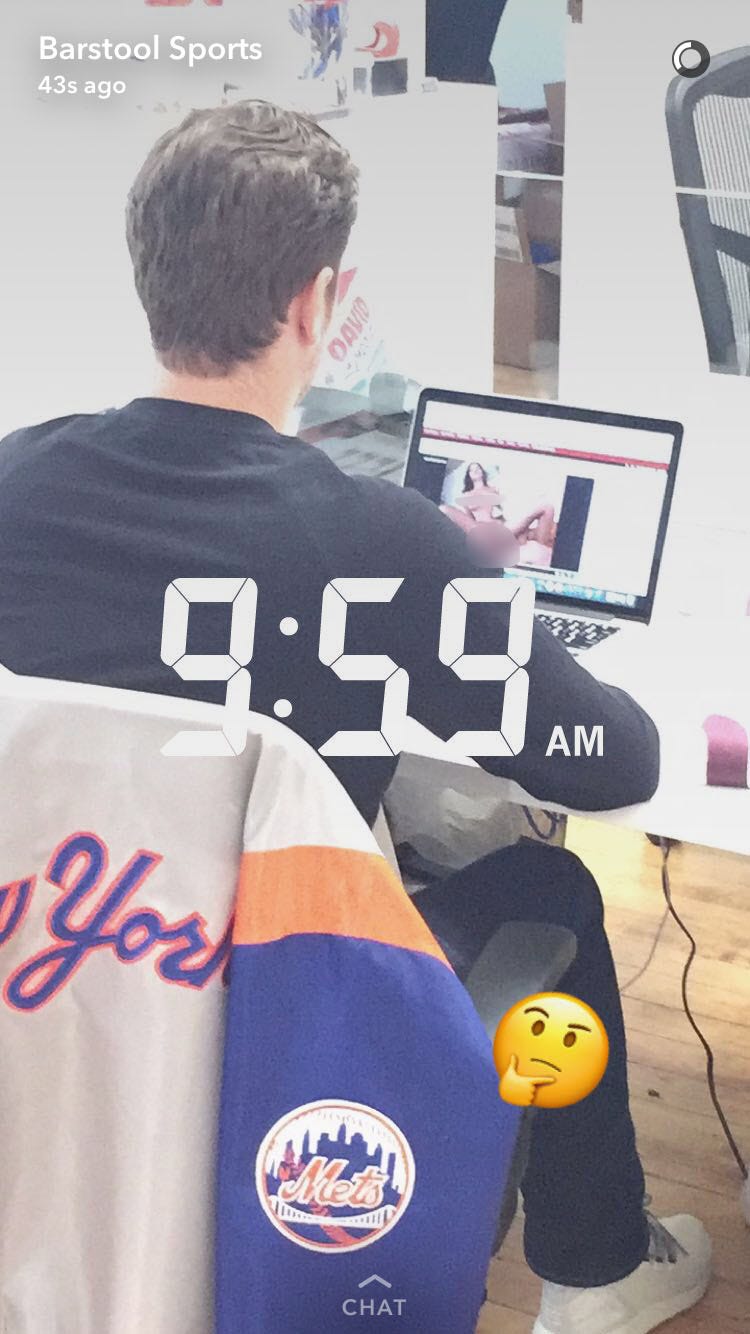 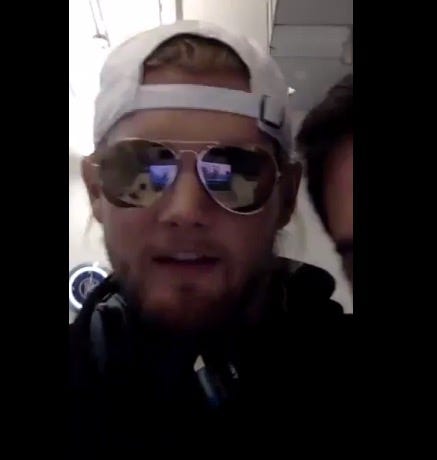 On Friday after last week’s Power Rankings dropped, Caleb said he felt “like I didn’t spend enough time or put enough thought into” doing them.

So on Monday morning, first thing, as soon as I got into the office, I started writing this, and made sure to put this paragraph about Caleb in the Needs Improvement section.

Also he tagged the pole in our cube area and got the zip code wrong. 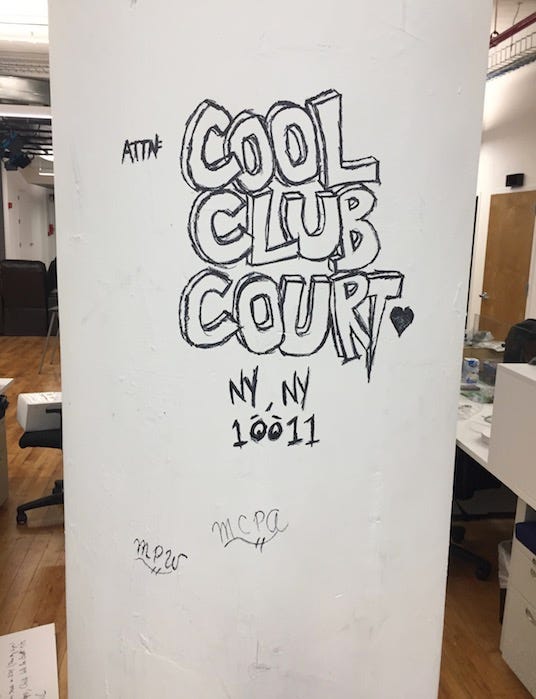 Even the funniest tweet of the week couldn’t save Caleb from that insult.

Anything whiskey related = direct way to my heart. New ranking: #6, Nate is out, that Egg McMuffin sucked anyway.

Although I haven’t actually seen the tumbler yet. It could very easily be smashed into 1,000 pieces. 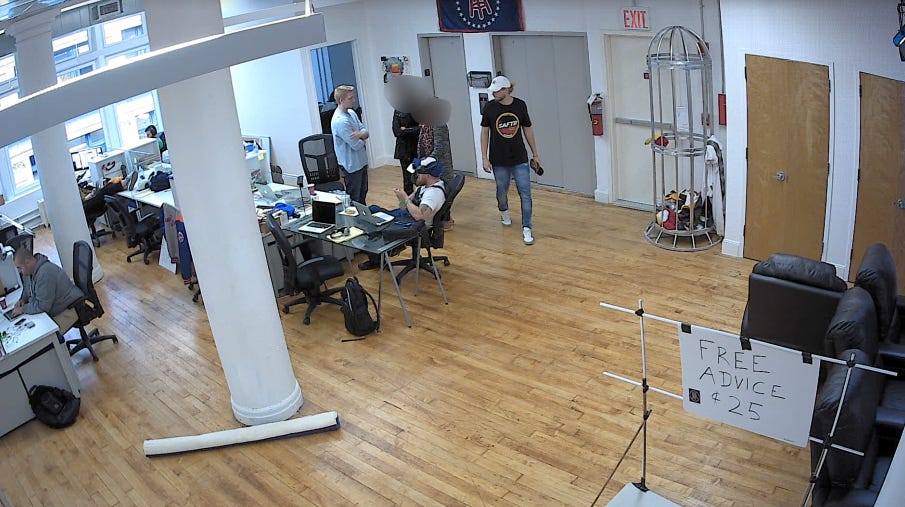 Curious Development of the Week

Noticed a lot of guys have notebooks lately, lot of bloggers walking in and out of meetings with pens and pads of paper, hmmmmm.

Most noticeable was Dan and Kevin. Remember Nantucket?

How about now? This was at our weekly content meeting. 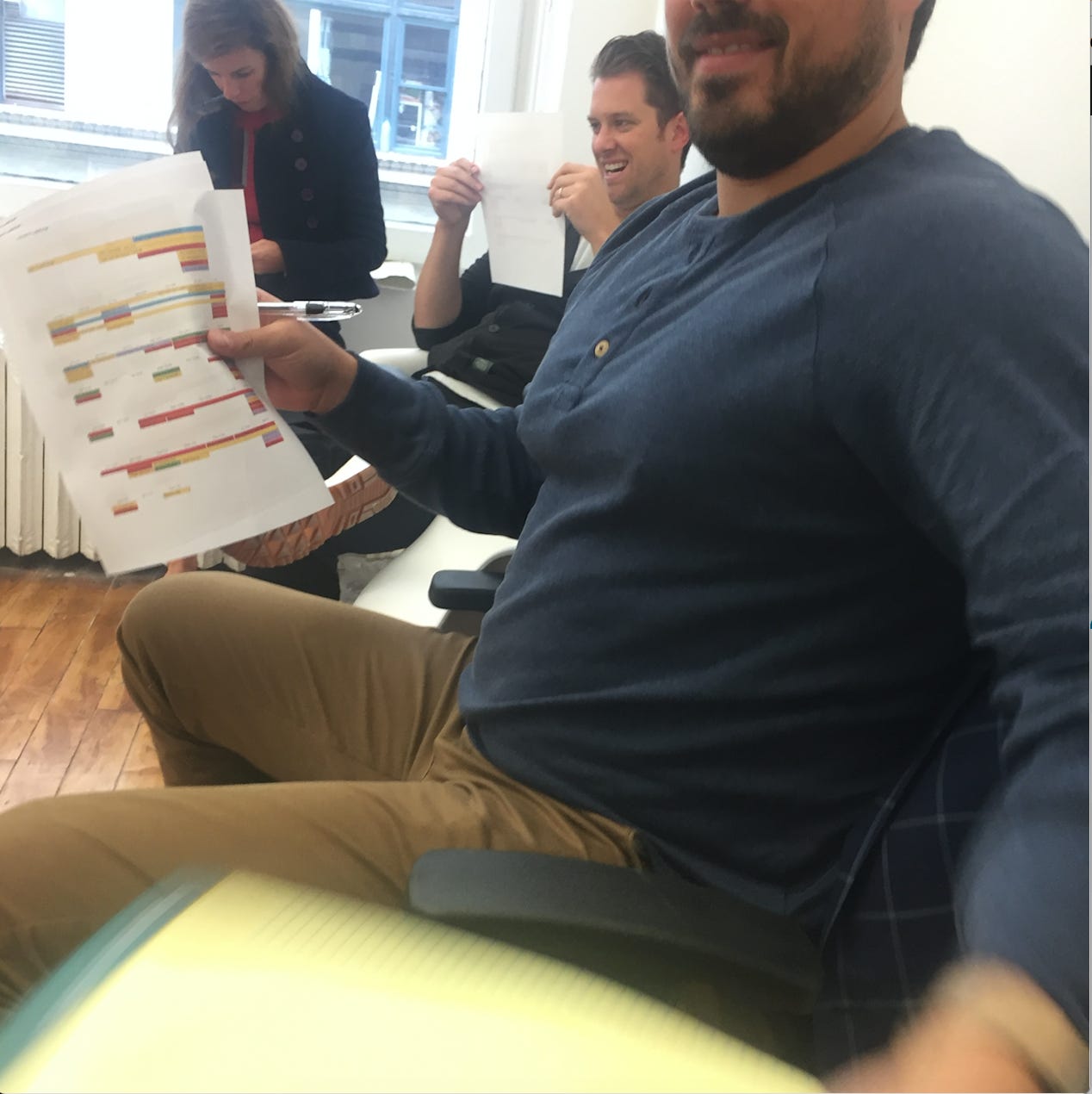 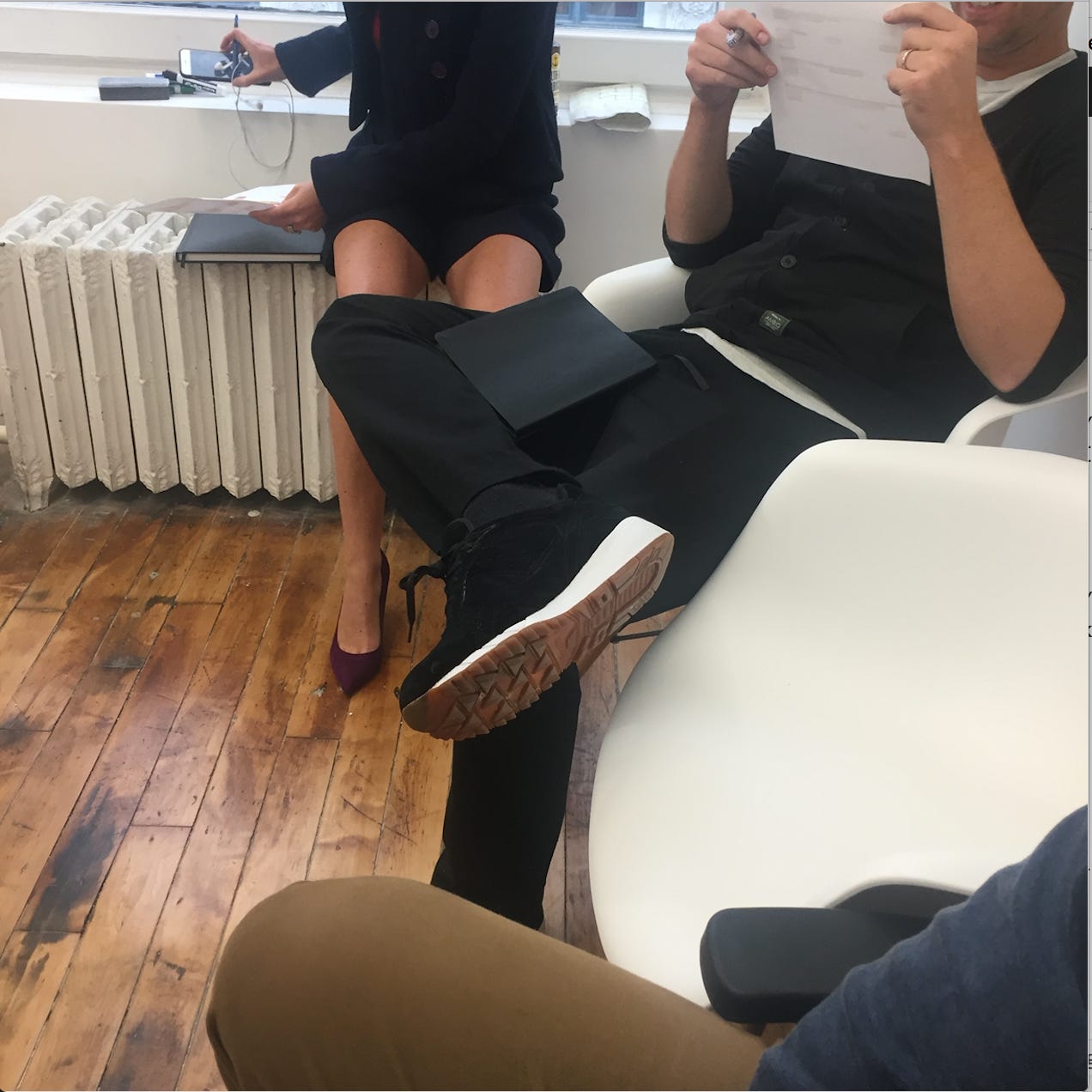 Not a great pic of Dan because he tried to throw the notebook away before I could grab a pic. Just some things that make you go, hmmmmmm, hmmmmmmm.

Non-Office Worker Of The Week

Dropped the most traffic-ed blog in Barstool history. Easily the most noteworthy internet achievement to ever come out of Iowa.

See everyone next week.