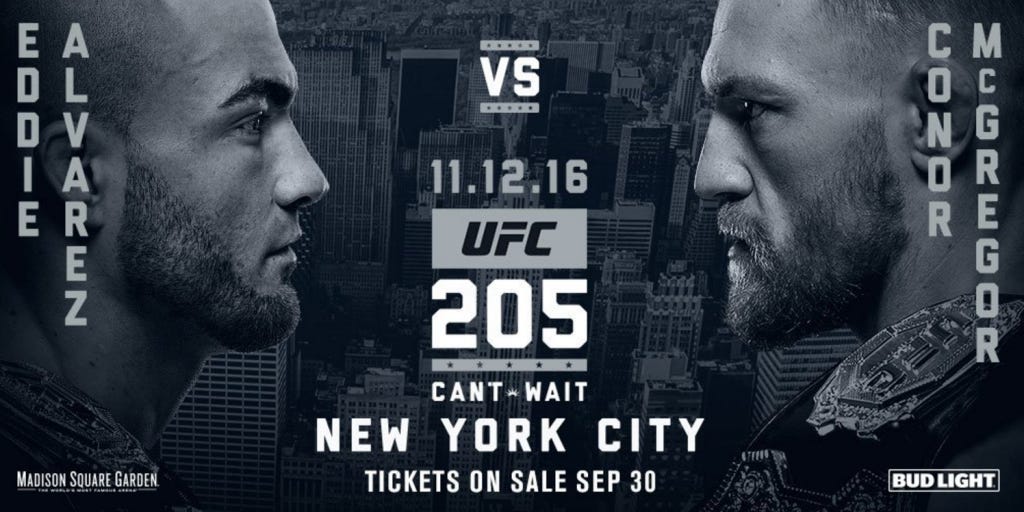 This blog isn’t about how last night on SVP they announced Conor McGregor is booked for UFC 205, live from Madison Square Garden. It’s not about how he’s the Featherweight Champion and now he’s trying to become the first UFC fighter to hold two belts. And it’s not about how McGregor fighting at UFC 205 is just so fucking awesome. Nay. All that is good and all, but this blog is about how fucking crazy NYC is going to be that week.

Irish fans and fans of McGregor’s travel like rabid dogs, and whatever city Conor is fighting in is where the meat is. They are going to absolutely take over this town like the homeland just ran out of potatoes. And I for one cannot wait.

Irish lads hanging from the chandeliers, singing in the streets, drinking from sun up til…well I don’t think they stop. Or sleep. Just a week straight of boozing, singing, and fist fighting.

Oh, and as for Conor himself, his media storm leading up to this, buckle up, buckaroos. Conor+NYC, it’s going to be awesome. Maybe he’ll come on Nate at Night? I guess we’ll see.