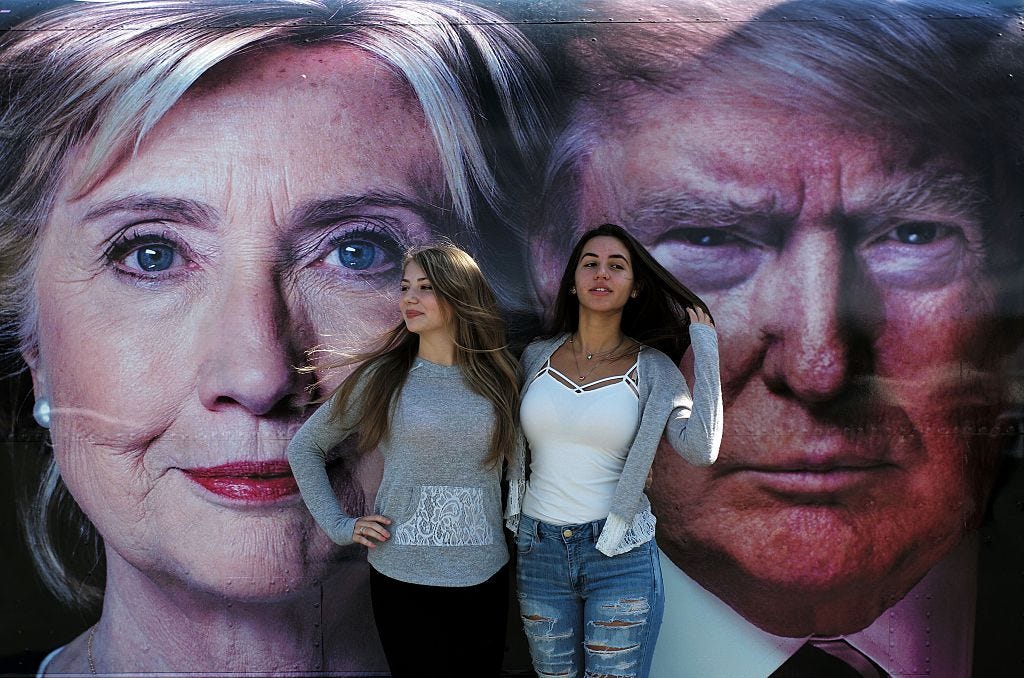 As we all know the first presidential debate is tonight. Dave, Kat, myself and whoever else is around the office will be broadcasting us watching live and some other #content around the debate. This is easily one of the most highly anticipated spectacles in years. Rumors of 100 million viewers. Excitement is high. The presidential debates are always a highly-viewed, awkward as fuck event. Hoping for that x 10 tonight.

Anywho, I think most of us are pretty much in the same boat in that we want an absolute bloodbath. Insults hurled in every direction. Mud slinging to the moon. Affair talk. Scandal talk. The works. We want it to be the biggest political shitshow of all time, filmed beautifully and broadcast across the world to the most intensely scrutinizing media environment in history.

Enter gambling. Nothing spices up spectating like having some skin in the game. There’s a lot of hot action for the debate tonight so, without further ado, let’s take a look.

Yes I am putting my own money on these picks. Big night for Riggsy. I pulled these props from several different sites but don’t be afraid to hop onto BetDSI and get rich.

What will candidates do when they meet on stage?
shake hand, no embrace -300
no physical contact with each other +150
hug with no kiss +250
Hug and kiss on cheek +500

Going hug no kiss. That’s a little bit of an underdog, but I think the Donald is too much of a presence to just go with an awkward handshake. Any male on female handshake is weird as fuck — the Donald goes hug, no kiss.

Taking the under. I know the primary debates delivered massive audiences, but feel like 98 million people is a lot. No fucking shot that many people are watching this.

Torn between blue and other. Feel like blue is the obvious choice, which means it’s not the choice. Hillary’s not an obvious choice kinda gal. Other. Book it.

No. I understand this is an underdog and that everyone thinks/hopes/is praying that Trump drags Slick Willy’s promiscuousness into the conversation, but I say no. Seems too predictable for Donald, the king of unpredictability.

No. Feel like this is just a girl power thing. No Melania from Hillary.

No chance. The obvious hook here is that she’ll say it in defending or explaining why she said it, but still don’t think she brings it up. If it comes up, she’ll avoid actually saying the word.

You don’t prep on Long Island all weekend to waltz into this kinda trap.

This one’s tough. While the Donald almost exclusively refers to Hillary as Crooked Hillary on the campaign trail, he did not in his convention speech. He traditionally referred to her as “my opponent.”

Yep, Trump wall basically synonymous with Donald Trump himself at this point. Not great odds but have to take it.

Hahahaha. Actually laughed out loud when I saw this. Amazing prop bet. I am actually going to say yes, +350 is too tasty. Have to jump on that.