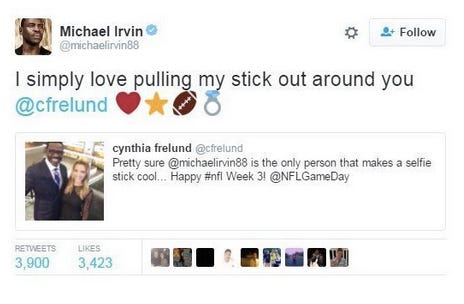 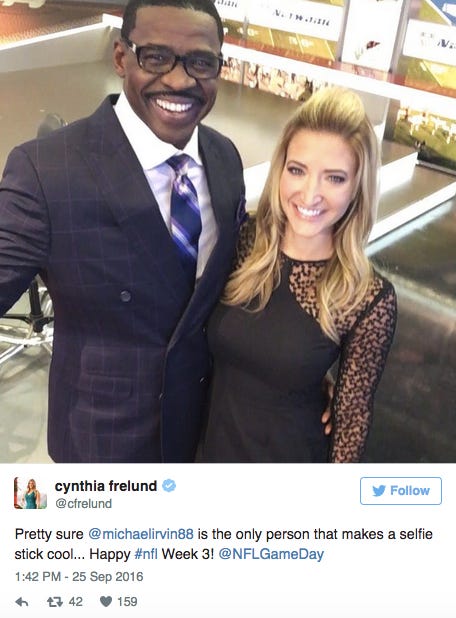 Big week on Twitter for Michael Irvin! First he said he’d get “Lombardy” scraped off his Super Bowl trophies and replace with with “Bellichek” if the Patriots could beat the Texans with Jacoby Brissett starting at QB (not sure if you heard, Patriots won) then he followed that up with potentially, possibly, probably sexually harassing a co-worker. That’s how you do it, folks. That’s how you control the media. On this Monday no one is remembering the bet that Michael Irvin made to deface his Super Bowl trophies. No one is mocking the fact that an NFL analyst can’t even come close to spelling the names of two of the greatest coaches the sport has ever seen. That’s in the past now. That’s yesterday’s controversy. Michael Irvin isn’t the guy who made a real bad bet anymore, he’s the guy who just gets a little creepy and makes dick jokes with his co-workers. Totally new story. That’s how you spin a narrative.

Oh and if anyone calls you out for being a pervert, guess what? That’s their problem. They’re reading too far into you’re pretty obvious cock reference. All-time classic move. Post a picture of your quarterback’s son’s penis? Tell a pretty girl you like to pull your stick out around her? Hey, I’m not the one being gross, you are! You’ve got the sick mind!