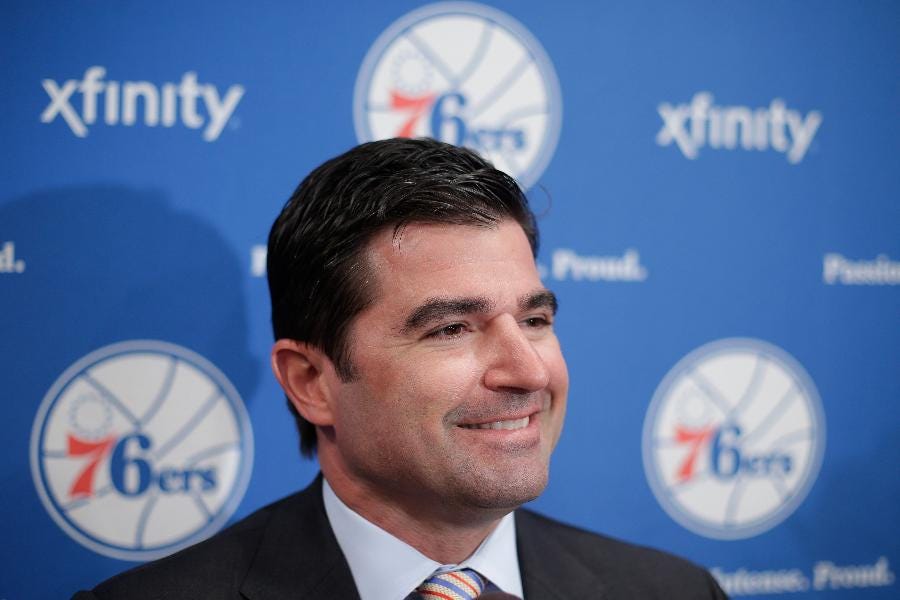 Darren Rovell – The Philadelphia 76ers will become the first North American professional sports team to own an esports team.

The team will announce Monday that it has acquired long-time franchise Dignitas and upstart Apex, which offers a guaranteed spot in the highly coveted League of Legends Championship Series, and operate under the Dignitas name…76ers CEO Scott O’Neil said, “We were smart enough to know what we didn’t know,” so O’Neil brought on Greg Richardson, an executive who has had a career in consumer tech and video gaming and will oversee the project for the team.

Just when you thought that everything the Sixers have been doing over the past 5 years was finally coming together. The team wanted Philly fans to “Trust The Process” while they continued to suck nuts for half a decade? Fine. At least we have Simmons and Embiid and Okafor and Dario and Nerlens (well for now at least but probably not much longer) to show for it. The team was forced to push out Sam Hinkie and leave us with the Colangelos? Fine. Jesus died for our sins and now so has Sam Hinkie. It was a necessary step in providing eternal salvation to us all. The team decides to be the first major professional sports team to put advertisements on their uniforms? Okay, whatever, it’s naive to think that jerseys will remain ad-free forever and at least it’s consistent with the Sixers wanting to be on the forefront of change. But now…? This? Well this is too much. This is where the Philadelphia 76ers have finally crossed the line.

Perhaps this is just a case of keeping your friends close, but your enemies closer. Because make no mistake about it, eSports are the enemy. No matter how hard ESPN and other outside forces try to push this on us, eSports will never be real sports. It’ll always be for nerds who soak tampons in Mountain Dew Code Red and gently place them up their buttholes while playing League of Legends for 16 hours straight. eSports players should be getting shoved into lockers by real sports teams, not purchased by them. I’m not sure when the day came that it’s cool to be a nerd, but I’m pretty damn disgusted in the 76ers organization for contributing to the movement*

*unless they’re purchasing these eSports teams and making them play nothing but NBA 2K17, Madden, NHL ’94 on Sega Genesis and the original Tony Hawk’s Pro Skater series. Those games all fuck.