You see that guys? Get Pumped. Get pumped for a battered 0-2 team starting Brian Hoyer on the road. Get fucking pumped. In all seriousness I think the Bears are competitive tonight, simply because that’s how the NFL works. When you call a team dead they show a faint heartbeat only to crush you the following week. This is how it goes. I won’t say the Bears are going to win tonight but they’ll cover the 7, that’s happening. Let’s do it all again. Bear Down.

Now to Gas Money Bob’s Preview. I love his enthusiasm this week.

I absolutely would never use injuries as an excuse for losing.  Everyone in the NFL has injuries, it’s just part of the game. The Bears got their assess handed to them by the Eagles on Monday night 29-14. The Eagles dominated the game in pretty much every aspect. It was embarrassing for the city.

Now this game could have been completely different. If Cutler, Houston, Amos, Goldman, and Callahan all don’t get hurt, the Bears win this one going away.  I’m a big believer in next man up, but how could any team overcome injuries like this.

Monday was a nightmare but 14-2 is still a possibility so let’s move on to week 3.

First let’s take a look at the 3 most recent matchups in this rivalry.

1st year Brandon Marshall led the way with 7 catches for 138 yards and a TD.  Jay Cutler was his usual self, throwing for 275 yards 2 TDs and 0 picks. Dane Sanzenbacher had 1 target but had a much bigger impact inspiring his teammates from the bench. #BearForLife

The Bears didn’t skip a beat with their franchise QB out of the game.  Josh McCown dominated this one throwing for 348 yards and 4 TDs.  Former Bear great Chris Conte contributed 8 total tackles in the rout.

Jay Cutler did his part throwing for 341 yards and 2 TDs but the D couldn’t overcome what I assume was Jerry Jones paying the off the referees. Shea McClellin and Chris Conte combined for 8 tackles as the only bright spots on D. Marc Mariani, #BearForLife, led both teams with 136 return yards.

In 1985 the Bears started backup Steve Fuller against the Cowboys and we won 44-0 I don’t see why that won’t happen again. This is the Chicago Bears we are talking about.  We are not like other cities or other teams.  We are tougher than the rest. Have you ever heard of the saying “When the going gets tough, the tough get going” I’m pretty sure that was first uttered about the Chicago Bears.

The Cowboys are starting rookies at QB and RB.  That is a recipe for disaster.  I don’t see how the Bears don’t steamroll “America’s Team” in this one.  I’m sure all of the so called experts will be picking Dallas this week, but I know Mike Ditka will say the Bears will win and you should always trust what Mike Ditka says. 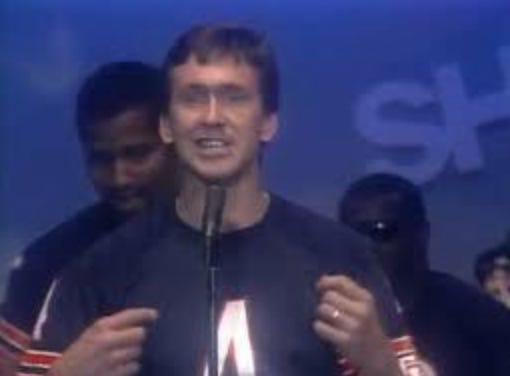