Before we get started, I never really know how to handle situations like this Jose Fernandez one. Obviously the world can’t just stop and life goes on. But it just feels weird and disingenuous for something so tragic to happen and not even mention it, as if it never happened. It’s horrible news and I’m sure he’ll be deeply missed as a baseball player, and even more so as a human being. 24 is way too young. Now on to hockey. 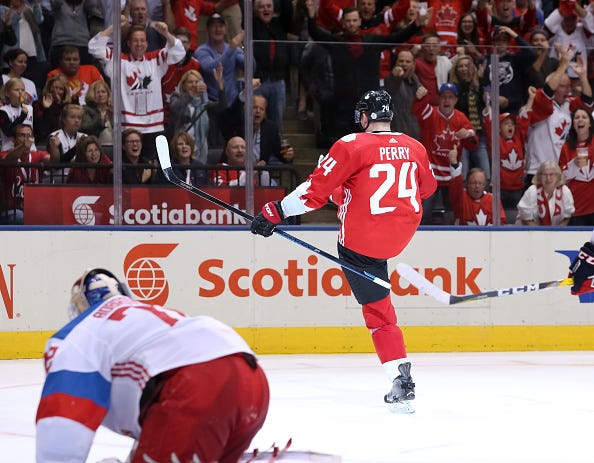 You know when you and the boys would head over to the rink to play a little open hockey? Everybody would be having a good time, just messing around and occaissionally try out a few moves that would get you murdered by your coach if you tried it in practice or a game. But there was always that one Tommy Try Hard there. Always the one guy who wasn’t just messing around out there. He would act as if pick-up hockey was game 7 of the Stanley Cup Final. Well that’s Corey Perry.

Now don’t get me wrong; I absolutely LOVE this move. And I get that it’s hard to settle a loose puck like that off a rebound. But there wasn’t any real need for Corey Perry to go between his legs there. He had a full 1.5-2 full seconds all alone on the door step there. What that is, is realizing your opponent is beat and you’re trying to pour salt into the open wound. And like I said, I love that move. I’m not the biggest Corey Perry fan in the world but I think it’s mostly because of his face. But after this goal from last night? Well maybe I’m willing to turn over a new leaf for Corey Perry. Anybody who demoralizes Russians like that is a-okay in my book.

Also–I know what plenty of you are thinking right now. “I thought the World Cup of Hockey was over?”. I thought so too. But it turns out that they’re letting the rest of the countries that nobody cares about still play even after Team USA and Team North America were knocked out of the tournament. So Canada advances to the Final after beating Russia 5-3. They had seventy-five (75!!!) shots on the night. Like 1.25 shots every minute 75 shots. (USA would still out-hit Canada though so technically they’re still the best team in the world). Bobrovsky was absurd in net for the Russians but I guess 70 saves wasn’t enough. Some teammates he has leaving him out to dry like this…

I hate Sidney Crosby just as much as I respect him. So you can see I’m in quite a conundrum here. 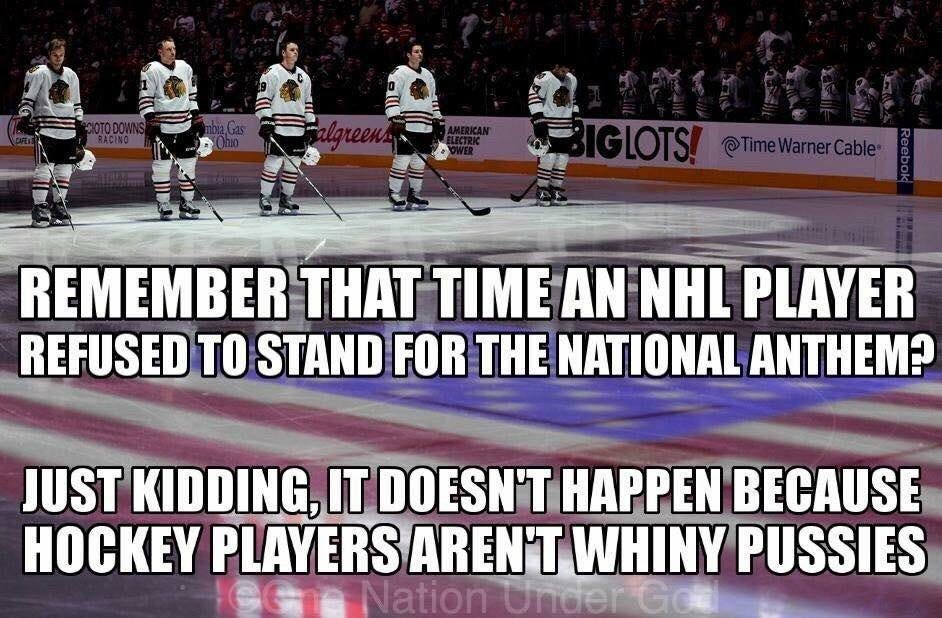