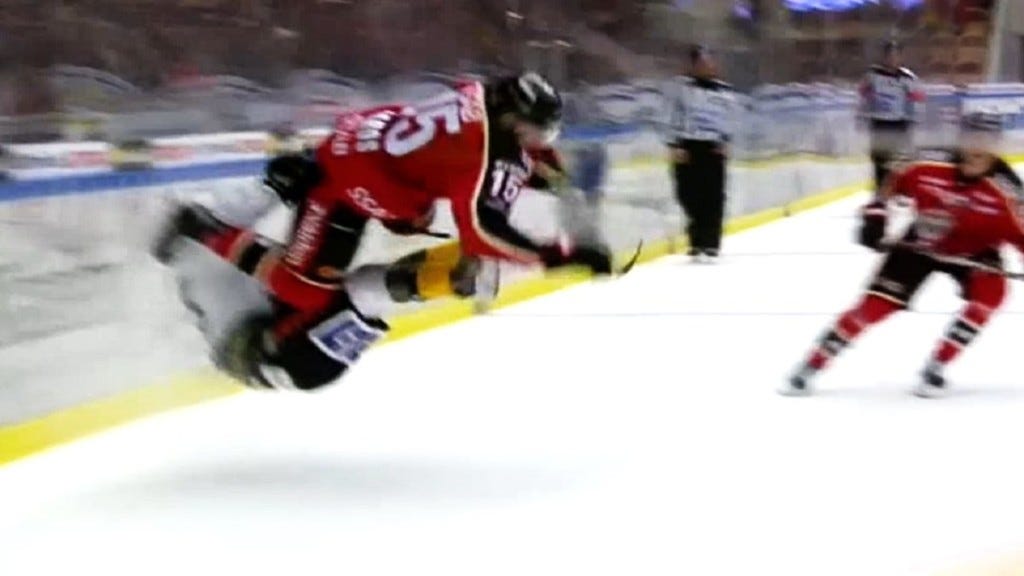 I guess this will be a weekly thing as long as dudes in these random European leagues keep murdering each other on the ice. And I know that I am big on hyperbole, but I don’t use the word “murder” lightly here. I’m almost positive this dude is dead. Last week we had this bozo come across the blueline with his head down. And this week we have Christian Jaros putting a body on his record and I got the wind knocked out of me just watching it.

It’s even better when you just let it loop over and over again while throwing some DMX on in the background.

Now you’ve witnessed a murder on ice AND listened to some X. You’re ready to carpe the fuck out of this diem.

The best part of that full video is the crowd going ape shit afterwards. Those crazy bastards are thirsty for blood. They smell it in the water and they want more. That’s the one thing that hockey fans here really lack. Our chant game is severely lacking. Sure, there is the occaisional “Crosby Sucks” chant. Or maybe a “Hollllllltby” chant. But that’s just some lighthearted chirping shit. I need fans here to wake up in the morning and pray they see a death on the ice like they do in Europe. I get they’re basically just appropriating soccer hooligan culture but it’s 2016 and appropriating is the hottest thing on the market.