Not good folks! Not good at all. This is a bad way to head into the weekend but my hometown of Cedar Rapids, Iowa is about to flood like a mother fucker. We’ve had a flood like this before. It happened back in 2008 and it was a DISASTER. Literally a natural disaster. It was all over the news. The president flew in to see what the hell was happening. CNN, MSNBC, FOX News were all sniffing around. Homes, buildings and businesses just straight up washed away. Took forever to clean up and now it might happen again. Which is bullshit because normally a flood like this only happens once every 100 years. Now we’ve got two in the span of 8 years. So fuck you, Mother Nature. Not cool. As of right now the water is projected to crest at 25.3 feet. The water crested at 31 feet in 2008.

For perspective, this is what my beautiful city of Cedar Rapids looks like when it’s not flooded 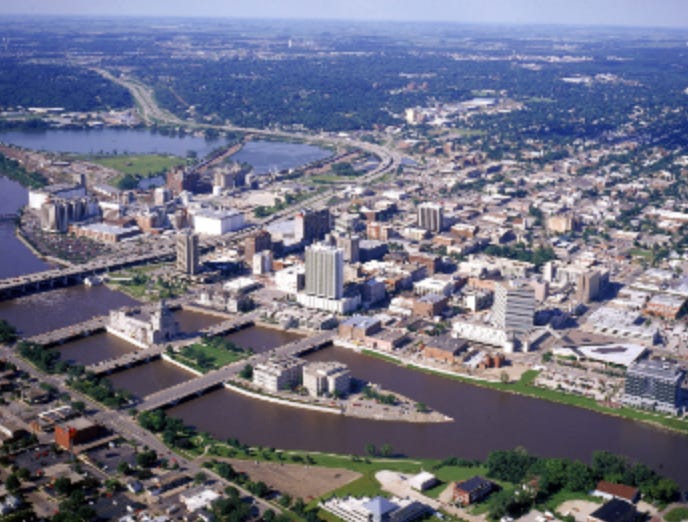 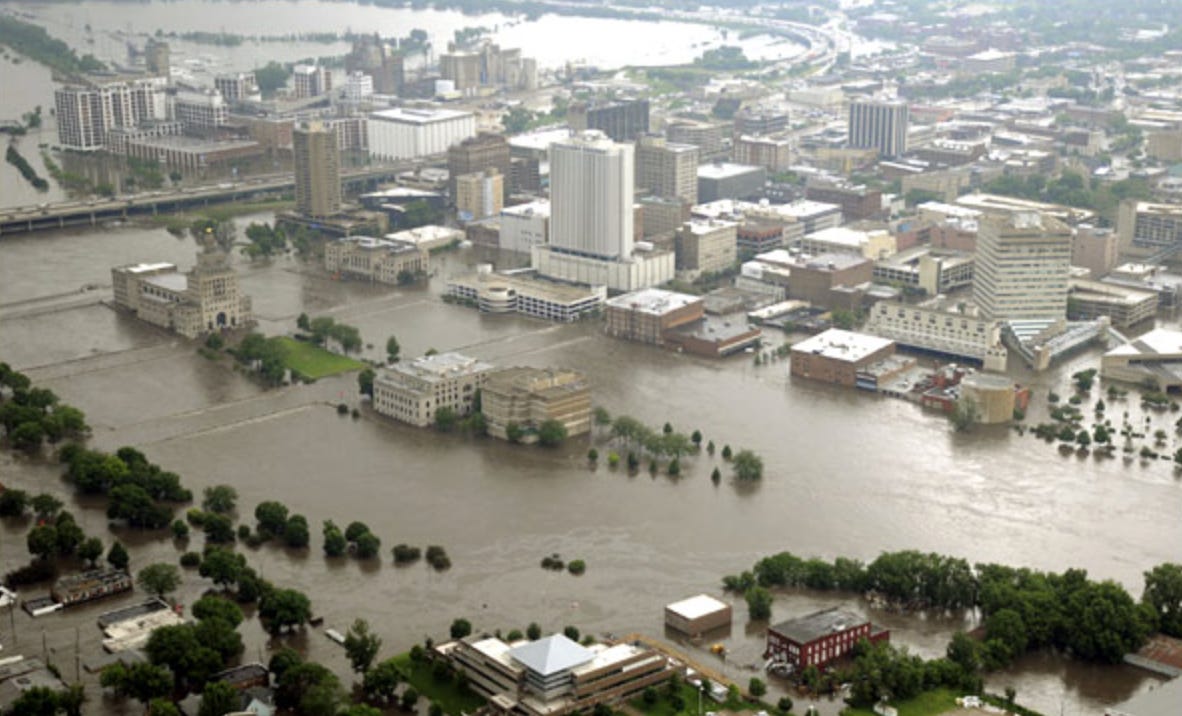 It was absolute mayhem. There’s a couple things working in our favor this time around. One, the water isn’t supposed to crest as high so the damage wouldn’t be as substantial. And two, people are more prepared which makes sense. You get completely caught off guard by a flood and you never let it happen again. Volunteers are putting up sand bags all around the city. People are evacuating. It’s cool seeing your hometown come together and help one another. It just sucks that it’s under these circumstances AGAIN where a giant flood is about to roll through and destroy a bunch of shit. I live downtown but not in an area that’ll be affected by the flood unless hell really breaks loose but that doesn’t make it any better. Homes are still gonna get ruined. Same with businesses. The only hope is that the projections are off and it’s not nearly as bad as it looks like it might be. Fingers crossed. Pretty gloomy way to head into the weekend. Whoops.