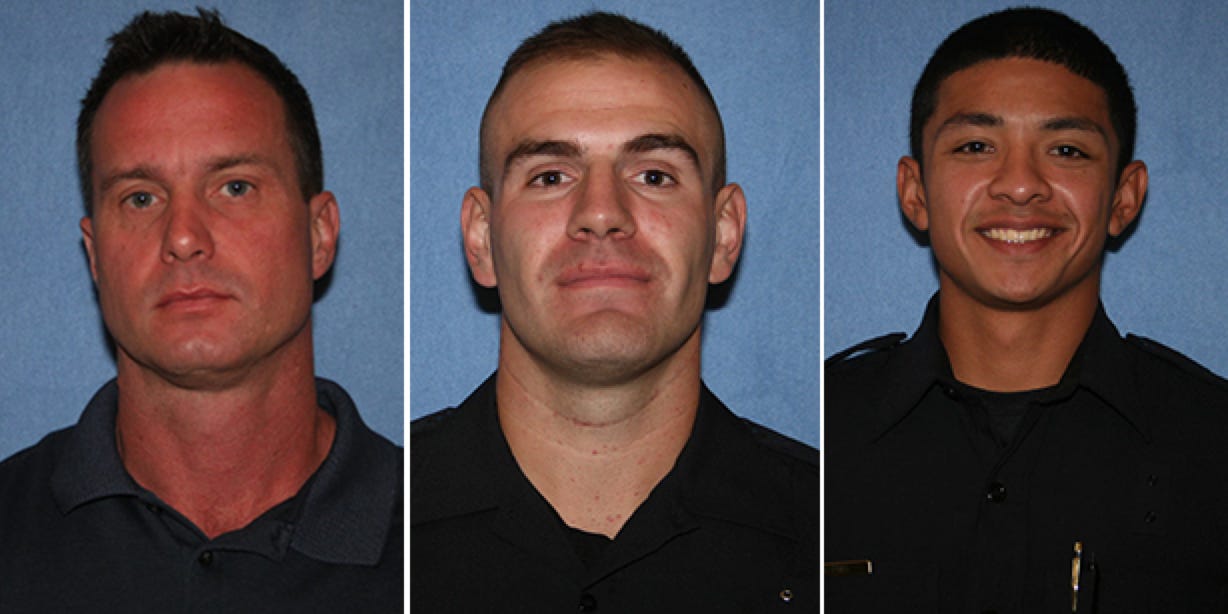 PHOENIX — Three Phoenix police officers have resigned after allegedly forcing a driver to eat marijuana during a traffic stop, Chief Joe Yahner said Thursday. “These actions are appalling, unacceptable and they are no longer members of our organization,” Yahner said of the officers. Yahner said the unidentified 19-year-old driver told investigators that he was stopped by police for a traffic infraction about 3:30 a.m. on Sept. 13 near McDowell Road and 43rd Avenue. Officers found about a gram of marijuana in his car. The victim said the officers told him to eat the marijuana to avoid going to jail. He did so, was issued traffic citations and allowed to leave.

When keeping it real goes wrong. When trying to imitate one of the greatest movies of all time goes REALLY wrong. Those cops love Super Troopers, right? They have to. No way they thought of this in a universe where they haven’t seen the movie. Further proof that life ain’t like the movies. Apparently you can’t force a guy to eat the weed you found on him and tell him it’s the only way to avoid jail time. I don’t think that’s a world I wanna live in. I wanna live in a Super Troopers world where people eat weed and chug syrup. My question is this, how does anybody find out about this? Judging from the article it sounds like the dude who was forced to eat the weed was the one who spoke up. Uhhhhh are you stupid guy? These cops gave you a free pass then you turn right around and NARC on them? That’s pretty fucked up. That takes it from a hilarious “Hey remember that time the cops let me go after I ate my weed?” story to a story where people lose their jobs. Not cool, man. Not cool at all.