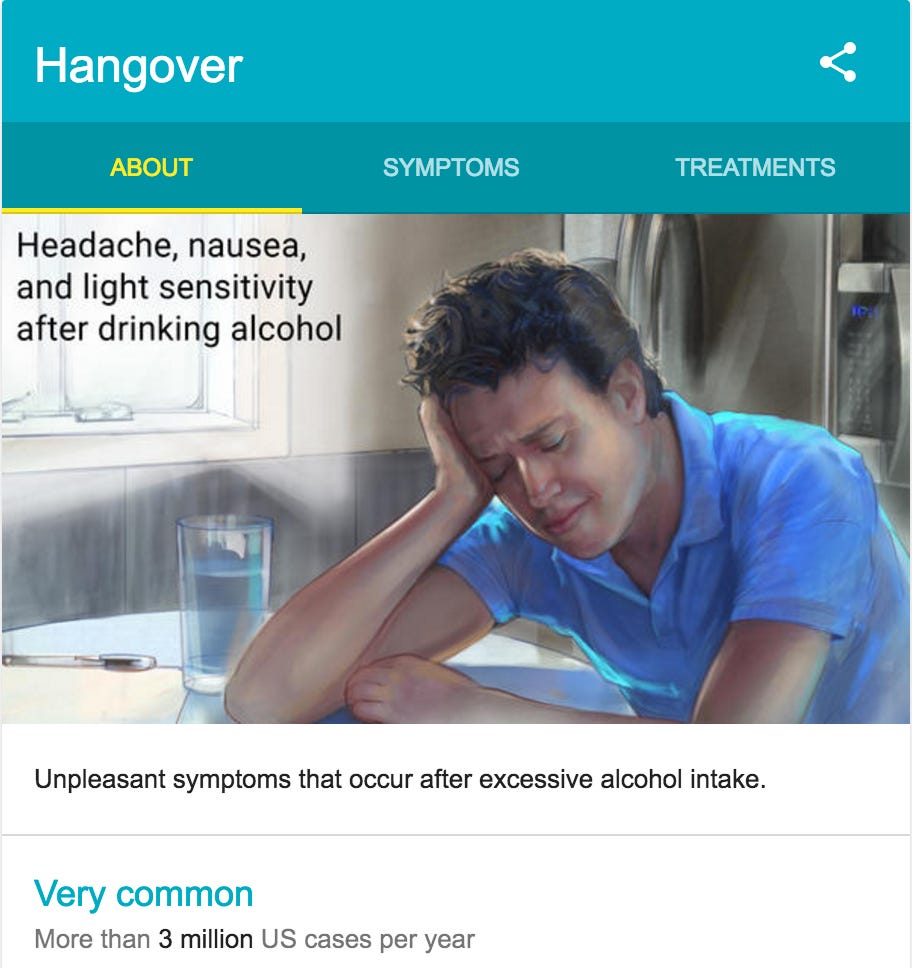 INDEPENDENT – A new type of synthetic alcohol has been discovered which could allow people to enjoy the sociable effects of a few pints, but skip the hangover that usually follows.

The new drink, known as ‘alcosynth’, is designed to mimic the positive effects of alcohol but doesn’t cause a dry mouth, nausea and a throbbing head, according to its creator Professor David Nutt.

The Imperial College Professor and former government drugs advisor told The Independent he has patented around 90 different alcosynth compounds.

Two of them are now being rigorously tested for widespread use, he said – and by 2050, he hopes alcosynth could completely replace normal alcohol.

I love technology. I love scientific advancements. The world is getting better every second of every day with all the cutting edge shit that is coming out. Having said that hangover free alcohol is just not something, at this point in time, that I’m prepared to sign off on. I kind of sneaky want that hangover. I feel like that’s part of the joy in it. It’s like a badge of honor. You wake up with a throbbing headache and start dry heaving in the shower and want to die but you also know you earned that shit by turning the hell up. Like a war wound, nobody wants to get shot, but the reminder is there that you did something badass. Not to compare fighting for your country to sitting in your apartment drinking half a bottle of Makers alone while bingeing Narcos but maybe kind of comparing them.

“It will be there alongside the scotch and the gin, they’ll dispense the alcosynth into your cocktail and then you’ll have the pleasure without damaging your liver and your heart,” he said.

“They go very nicely into mojitos. They even go into something as clear as a Tom Collins. One is pretty tasteless, the other has a bitter taste.”

By researching substances that work on the brain in a similar way to alcohol, Professor Nutt and his team have been able to design a drug which they say is non-toxic and replicates the positive effects of alcohol.

“We know a lot about the brain science of alcohol; it’s become very well understood in the last 30 years,” said Professor Nutt.

“So we know where the good effects of alcohol are mediated in the brain, and can mimic them. And by not touching the bad areas, we don’t have the bad effects.”

I don’t know, maybe I’ll come around. Maybe I’ll realize that drinking 7 nights a week and now being located in an office with an endless supply of free booze has a direct correlation to how fucking awful I feel every single day of my life when I wake up. Maybe starting every Monday, Tuesday, Wednesday, Thursday, Friday, Saturday and Sunday wanting to die is bad. Just not ready to go there yet.