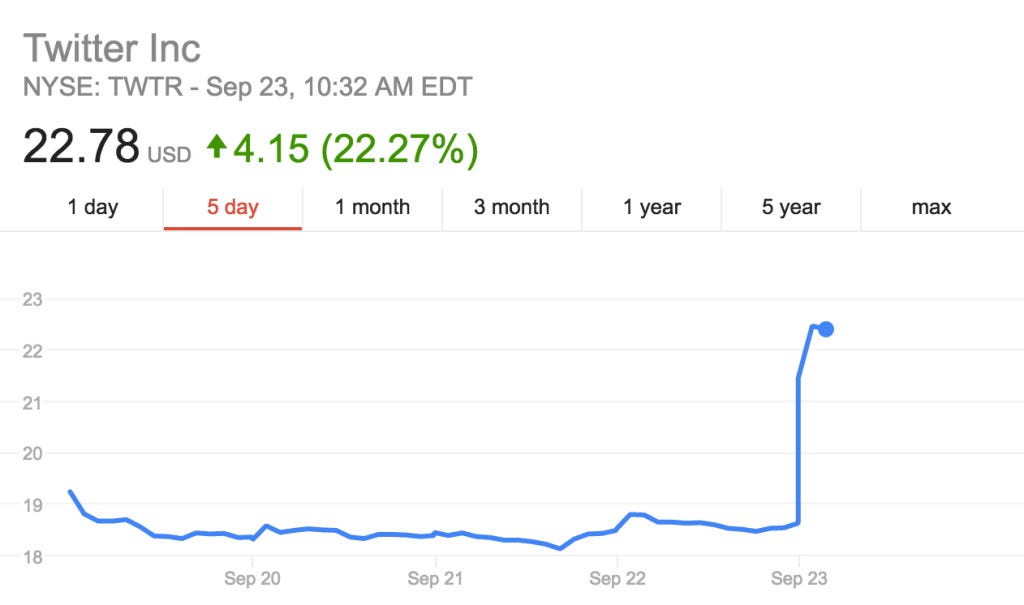 Market Watch - Shares of Twitter Inc. TWTR, +18.95% rocketed 17% in active premarket trade Friday, after a report that the social network getting close to a buyout deal. The stock was changing hands at $21.73, which puts it on track to open at the highest level since Jan. 6. The stock reversed earlier losses of nearly 5% following a downgrade at RBC Capital, after CNBC reported that Twitter was moving closer to a sale of the company. With 7.3 million shares traded, the stock was the most active before the open.

PS: There’s that little part of me that never wants Twitter to succeed because Dave owns so much of it and he’s had enough good things happen in his life. So if they succeed or if they fail, it’s kind of a win-win.