Not a very thrilling game last night to say the least. 26-7 win from Clemson. Georgia Tech is trash. Maybe the only highlight was Deshaun Watson being so good he throws an interception and still gets 2 points out of it.

On Thursday night, things didn’t go as planned for the Yellow Jackets in the first half as they were outgained 347 yards to 22 by Clemson. Despite that massive disparity in yards, Georgia Tech was only down 14-0 late in the second quarter when the Lance Austin — the hero of that Florida State game a year ago — intercepted Deshaun Watson at the goal line.

Austin made the interception and began an attempted return before getting hit by teammate Corey Griffin, peeling back to try and make a block. That forced a fumble, which the Yellow Jackets recovered in the end zone, but because he had established himself in the field of play, resulted in a safety. [CBS]

The perfect metaphor for Tech’s first half.

Shades of this classic Madden video: 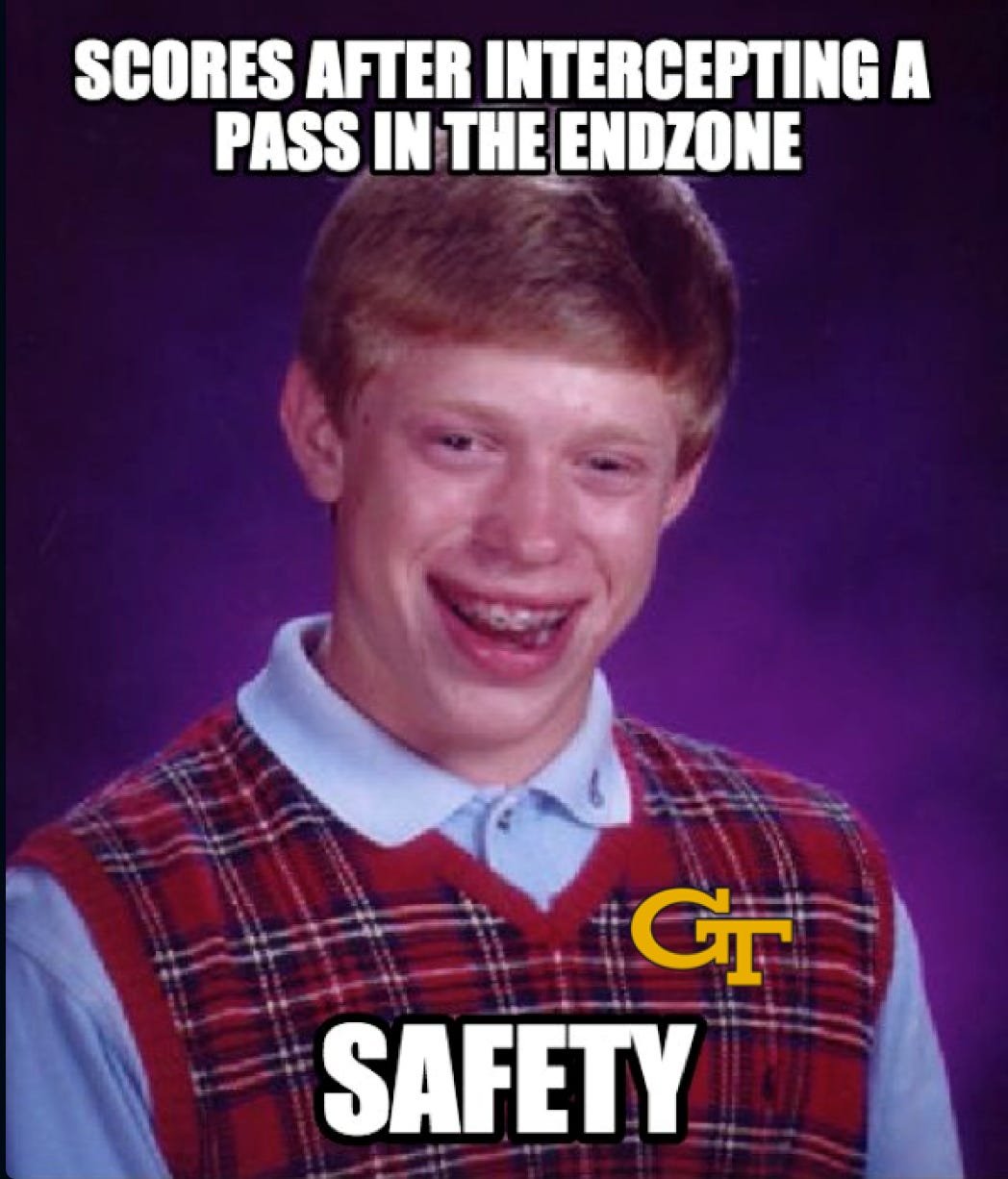