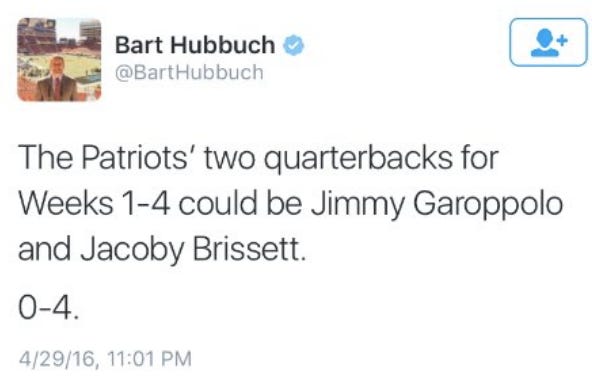 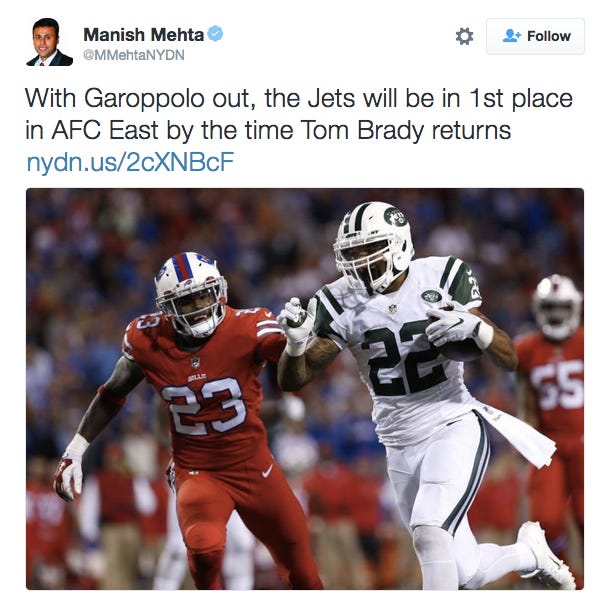 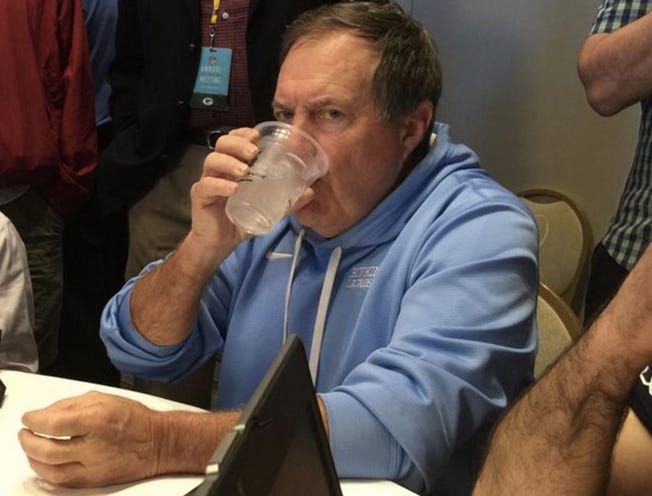 Hey I don’t want to roast these guys too hard, I myself thought last night was going to be a close game. Foolishly, I had the Pats winning 21-14 and not in a “they’re gonna run less than five plays on our side of the field” rout. That’s my fault. I’ll own that. I made the mistake of thinking that playing with a third string QB while missing our running back, the best TE in NFL history playing limited, and two defensive captains not on the field would give the Texans a chance to play a tight game and only lose by a touchdown. What do you want me to say? I’m sorry. I fucked up. I thought the offense would be mediocre (which, to be honest, it was. It was really, really mediocre. Brissett did a nice job but if Tom Brady’s back there that game might be 100-0 at half.)

The New York guys took a different approach. As always, it was moronic. 0-4 with Garoppolo and Brissett! The Jets will be in 1st place by the time Brady gets back! Not so fast, my friends. You forgot about that evil wizard who could win a NFL football game with the fucking Barstool staff lines up on the field. You’d think after he beat the Jets brains in over the better part of two decades they’d stop disrespecting his greatness, but I guess not. Oh well. #BelichickSipsWaterAndMurdersYouWithHisEyes

PS – I really hope Michael Irvin is a man of his word.

PPS – I’d like to remind every non-Patriots fan that there is an apology blog available. Patriots fans are the worst and I’m sorry, but can you blame us?