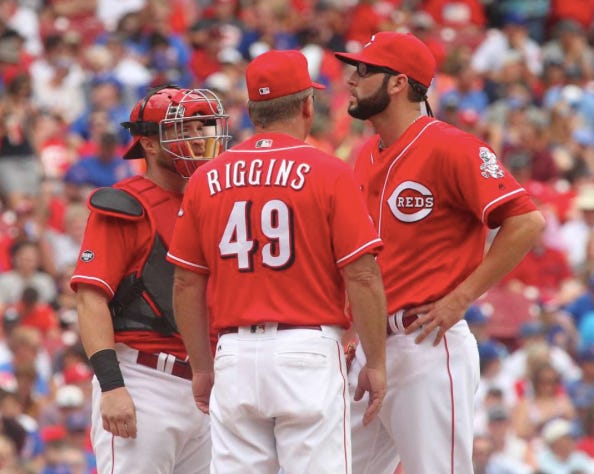 The 2016 Major League Baseball season is about to come to a close. We’ve seen some teams flourish, other teams play way below expectations and the rest just continue to be mediocre. Great plays have been made and the young stars of this game have continued to dominate. While all these things have happened in baseball, there is one team that did something that has never been done before. The Cincinnati Reds made history this year. Their legendary pitching staff gave up the most homeruns of all time. 40 MORE than any other team. An MLB record. A record which should be embraced and appreciated for a long time.

Now you’re probably thinking, what is a dickballer and why is it in the title? Well if you follow me on twitter, you might have noticed the new movement that’s taking place. A movement that appreciates pitchers who just can’t seem to stop giving up runs. A pitcher that no matter what will throw the ball right over the plate. A guy who just throws so many meatballs but still finds a way to stay in the big leagues and continue to cash major pay checks. These pitchers  fall under the category of what we call a Dickballer.

The Dickball movement started back when I played mid-major college baseball playing often in front of 30 or so fans. Our hitting coach would always ask us, “Where do you guys want the ball to be when you are hitting?” Well I always thought this was an easy question. Every hitter wants a cock high fastball. Or “down the dick” for lack of a better term. So obviously, pitchers who found a way to put baseball right down the middle were labeled by the team, a Dickballer. These pitchers found their way onto a scholarship while being relied upon to get outs but in the end just could not help themselves from giving up yabos every time they took the bump.

We all know these pitchers on our teams that just keep giving up bombs but somehow keep getting the start every 5th day or come in the 7th, 8th or 9th inning when the game is on the line. They almost always fail but they still get another opportunity and it becomes just a flat circle of dickballing. So to honor a pitching staff like the Reds who epitomized greatness, I give to you the 2016 Dickballer Awards (basically the 10 biggest dickballers of the season).

Leading off here with Tomlin and he fits the build of what some of the elites in the business are all about. On paper you might think Tomlin was a solid starter and I would say he is. But when you dig deep, he’s got a lot of dickballer in him. That’s because he’s given up 2 homeruns a game and gave up the 3rd most bombs in the show. And when you have headlines being written about you essentially being a home run derby batting practice pitcher, you know you’re a dickballer.

Here we have an up and coming star in A.J. Griffin. He also gave up 2 bombs a game and the most home runs in the league in 2013. Really bright future for A.J. Expect him to rise to the top of this list in a couple of seasons. Also, these glasses scream legendary DB, Kevin Gregg. 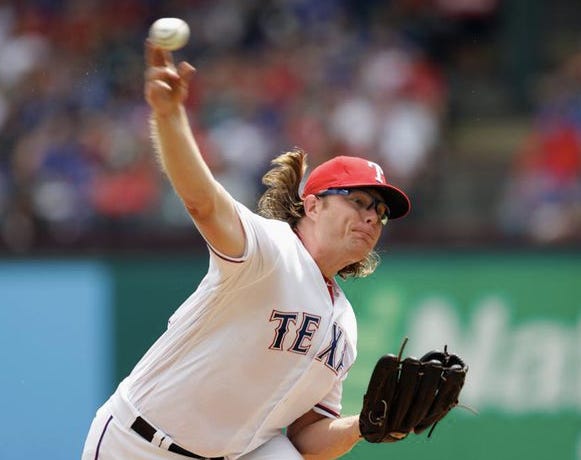 Here is Griffin giving up an absolute moonshot to this no name guy for his first career home run.

The 8th spot is to the man who seemed like he played for every team. The man who threw a no hitter while walking 50 batters. The man who would sign a nice contract, give up a million runs and then would seemingly sign another 7 figure contract. He lived the dream. Everyone knew he sucked but EVERYONE paid him. Legend.

Anibal has been brutal this year. It’s that simple. I know he’s looked at as a respectable big league starter but when your ERA is close to 6 and you almost give up 2 bombs every 9 innings, you’re making this list every time.

I love when Ross Ohlendorf gives up bombs. The main reason for this is because of that stupid 1800’s wind up. He goes out there acting like he’s Satchel Paige except he gives up home runs literally as his job. I don’t know if he tries to get batter’s to fall asleep at the plate with that windup but when you throw like an Iron Mike, it doesn’t matter.

Incredible effort by Chris Young. Historically, he hasn’t been a solid dickballer but he stepped up his game this season. He only pitched 87 innings and still gave up 28 yabos. He would have been higher on this list if he logged more innings but either way, he was ELITE in 2016. 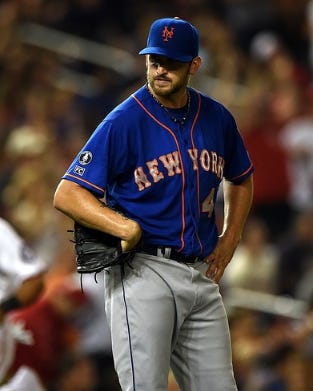 I sneaky love Jon Niese. One of the best takes by a player all year was when he basically blamed the Pirates defensive shifting for him being an absolute dickballer. Maybe if Clint Hurdle was playing the infield straight up, Niese wouldn’t have given up tanks into the Allegheny River every 5th game. Have to appreciate that logic.

If you watch baseball nationally, you know Weaver is an obvious selection at #3. He can’t throw harder than 85 MPH. Weaver’s in second place in bombs allowed this year. I don’t know how he’s still in the league but that’s why dickballers are special. They stick around for a long time and MLB franchises continue to pay them millions of dollars even when they are less effective than the guy who throws batting practice everyday.

Being a Cubs fan, you get familiar with the N.L Central. You know who’s good and who’s not. You also know that when J.J. Hoover comes into the game, you’re team has a chance. I don’t care if he’s only pitched 18 innings this year. If you know J.J., you know what he’s all about. He holds the Cincinnati Reds franchise record for grand slams allowed at 6 which is an AMAZING stat when you think about Reds pitching. He got recalled to AAA because he couldn’t stop giving up grand slams. Just rooted in the routine of giving up 4 run homers.

AND The 2016 Dickballer of Year, James Shields

Big Games James! He was fantastic this year! Totally in a league of his own this season. Awesome commitment and execution to his craft. He’s led the league the last 2 seasons in home runs allowed. The fact that he actually got traded to a team who thought they were in contention this season is amazing. But again, that’s what the greats do. They make you think they can be a contributing pitcher on your staff but they end up barely making it through 2 innings with 3 homers allows on a consistent basis. It’s just the aura the few legends have.

Congrats to James on winning the 2016 Dickballer of the Year Award. Big Time accomplishment. Just some more hardware for the trophy case. 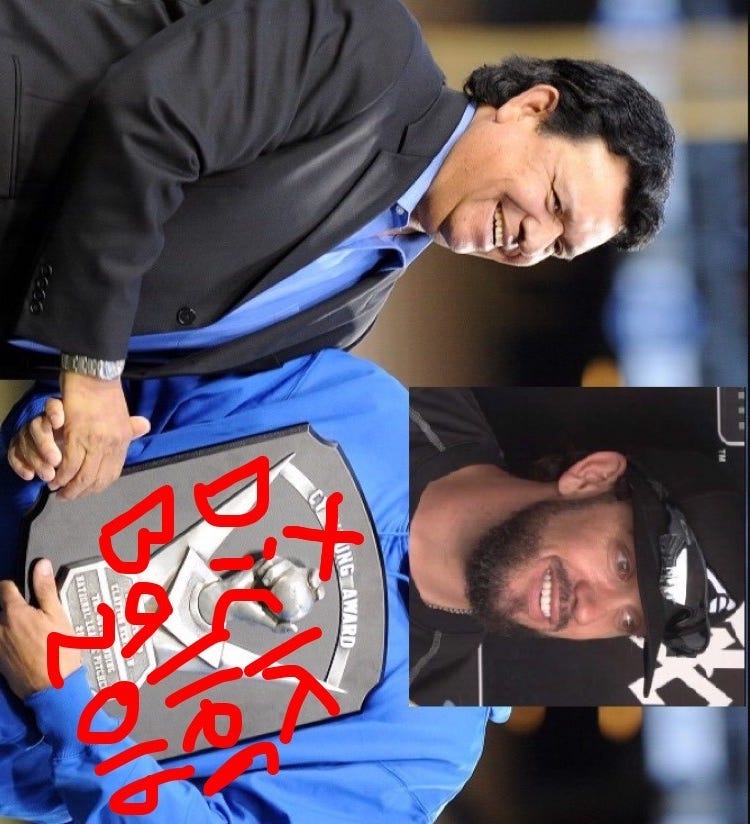