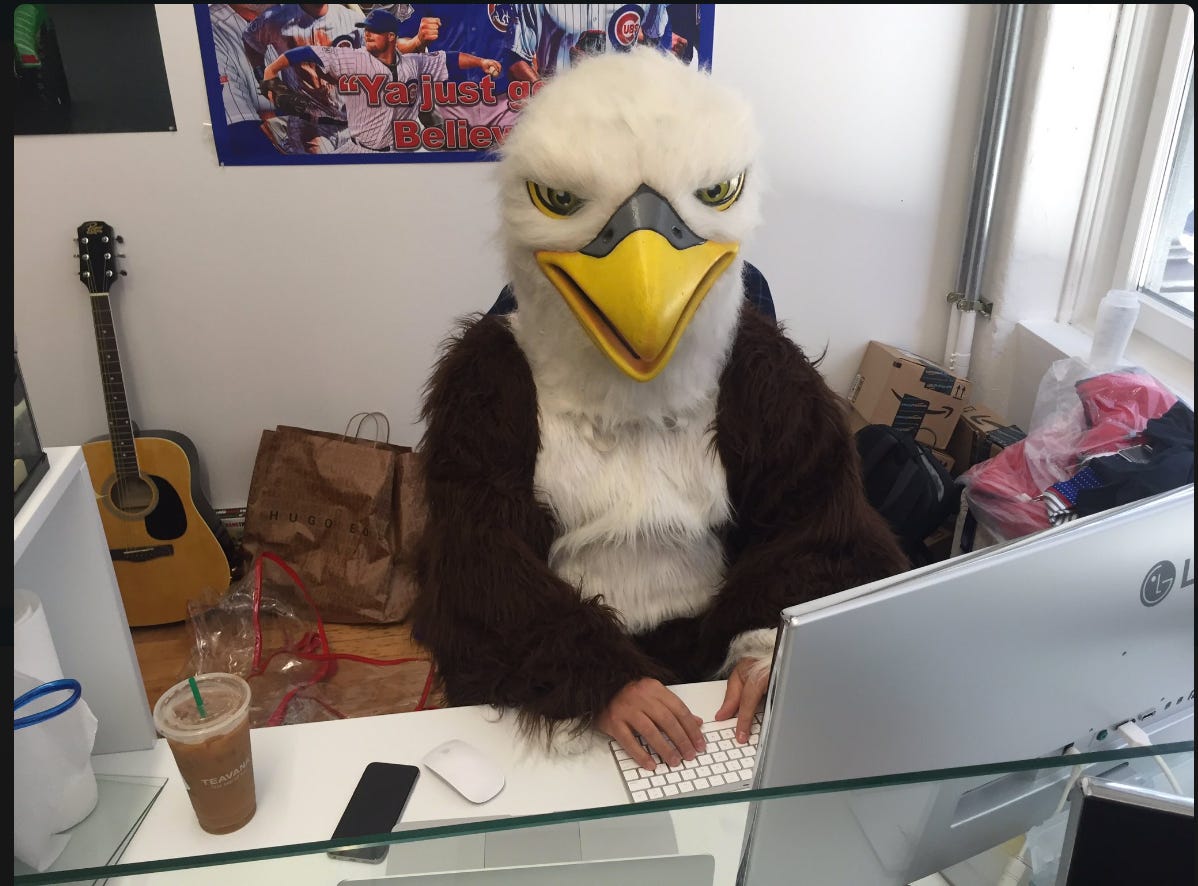 ATTN: From the Desk of the Editor-in-chief

Welcome back to the Barstool Office Power Rankings. Week 3 is officially in the books and the office is pretty much coming together. Just kidding it’s still under construction and the bar isn’t set up and there are no couches and every square foot of floor space is covered with t-shirts, Pirate’s Booty, office paper and Dude Wipes. But it’s home now and everybody has their rhythm down more or less, so let’s check in and see who the shining stars were, and who could work a little harder week 4. 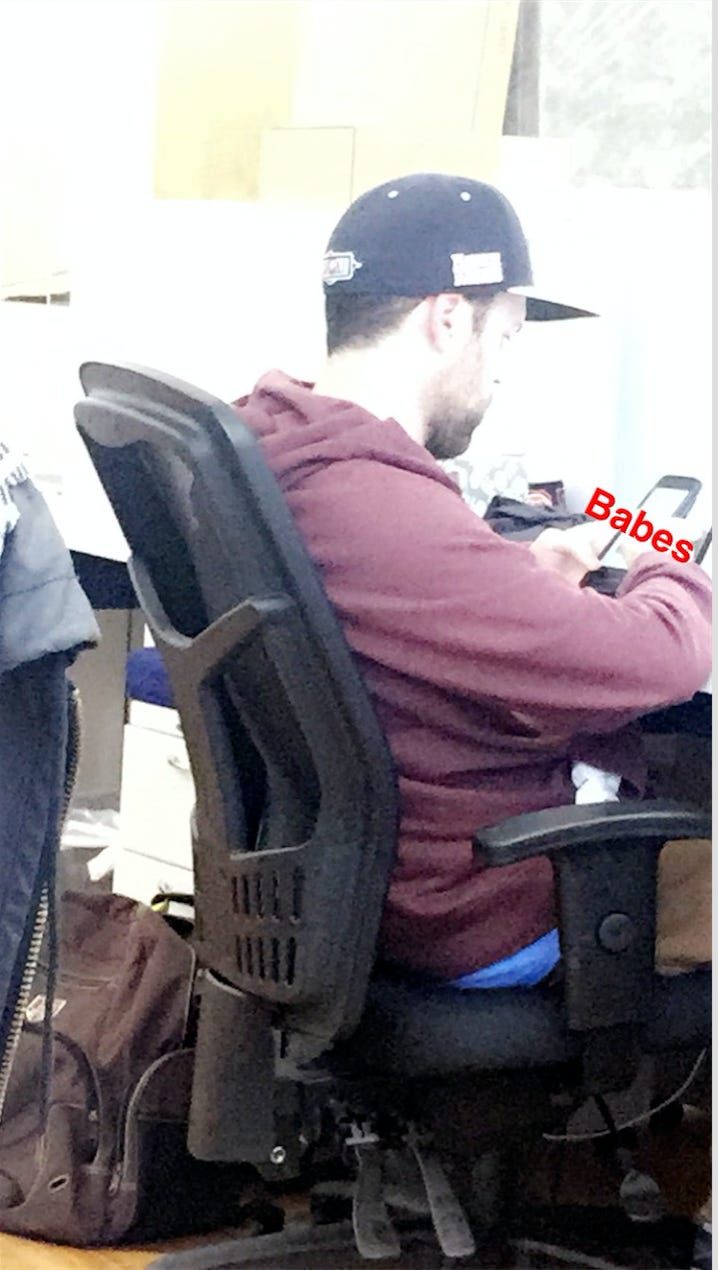 Didn’t come into the office on Monday. Lot of people saw that as a sign of weakness, calling in sick literally the second week of work, on the day right after Sunday football no less. I saw it as the biggest team-player move that anyone has had since we hit the office. If you have the sniffles you stay the fuck home. Nobody around here needs to get sick so that you can do a job that you can easily do from your house.

Would have been #4 but that little fucking lurker saw me working on this blog on my big monitor over here and hit me with this: 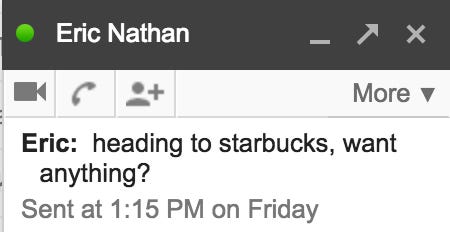 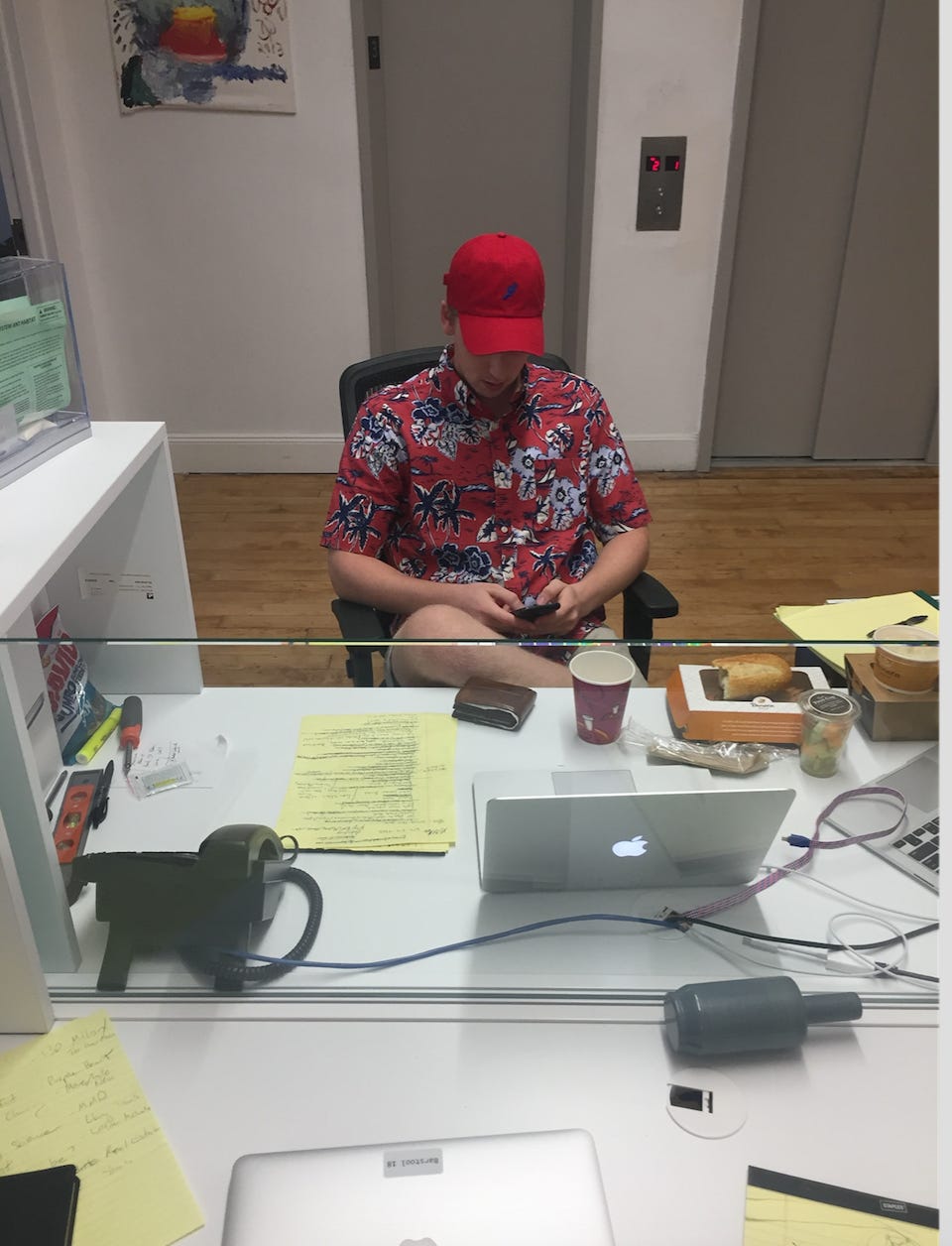 In a two day span, Brett assembled La-Z-Boys for us, got me special order Charmin toilet paper (this 1 ply shit in the office cannot be serious), AND booked Dave in a middle seat on his flight home from Dallas. Trifecta.

Also, true story – guy slept on the floor of the office last night using Barstool t-shirts as blankets. Not drunk or anything. Just “had work to do.” Unbelievably sad.

I had myself at #4 but then I listened to the Dave Portnoy Show and if both my bosses say I’m the best employee of all time who am I to argue. “The guy just gets it.” Probably put that on my tombstone. Also shout out to me for the hottest newsletter to hit the internet since 1994. And for starting a Spotify playlist that is quite literally burning up computer servers across the country.

YOUR BOY KFC storming his way onto the Power Rankings! To be honest I was going to put him on here regardless of his output for the week. Felt like the guy needed a pick-me-up after his boss went on the #1 internet publication of 1997 AOL and said Barstool never podcasted before a few months ago. As a friend I felt like that was the right thing to do. But he was all over the Anthony Weiner Cock Pics + Brangelina beats to the point where he was basically doubling up every other bloggers’ pageview numbers, all while doing 4 Rundowns, Mailtime, KFC Radio, and announcing Couch by Couchwest.

That’s just good old fashioned hard work. Thinking some of the big wigs might reward him by giving him a guest spot on Zero Blog Thirty this week.

1) Every Participant of Portnoy Bingo 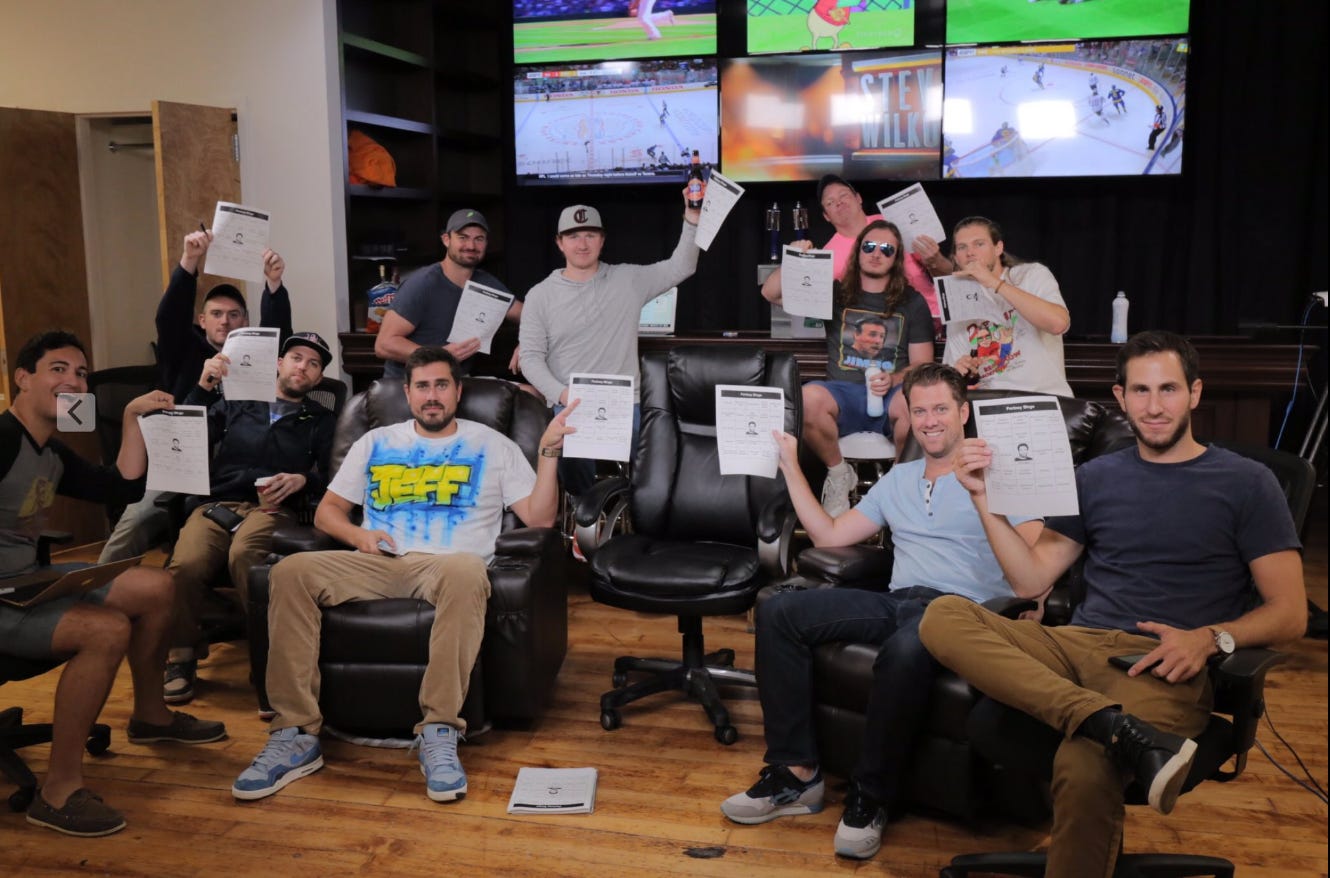 Classic B-Rabbit-about-to-face-Papa-Doc-in-8-Mile situation. What do you do when your boss schedules a time to go live on Facebook to shit all over you?

Turn it into a game of office camaraderie and gather around the big screen with some bingo boards. That way when thousands of people watch you get called a fat faced idiot and cross eyed fuck and creepy little spider monkey in real time you can celebrate instead of crying in the corner. 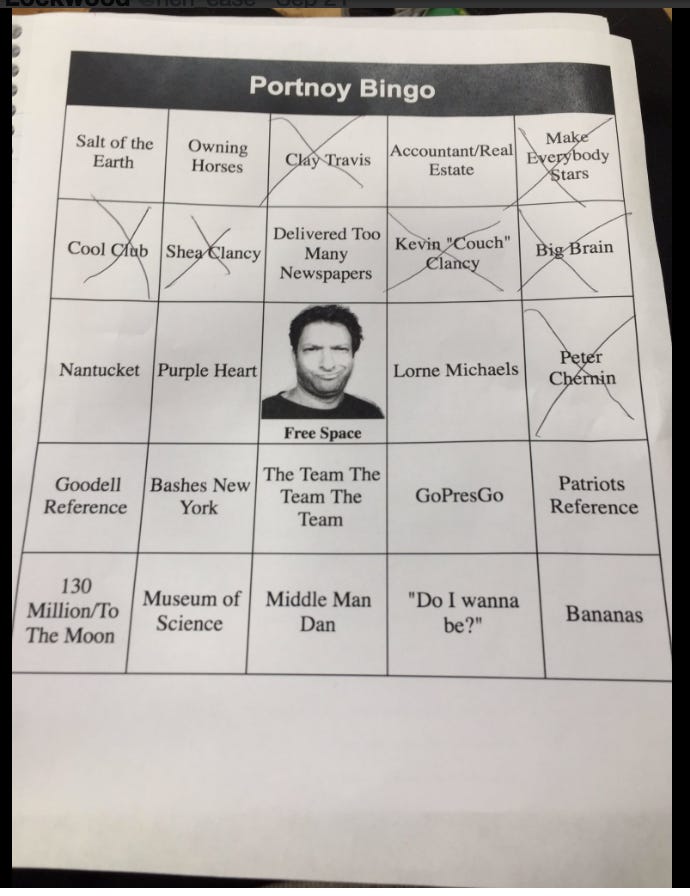 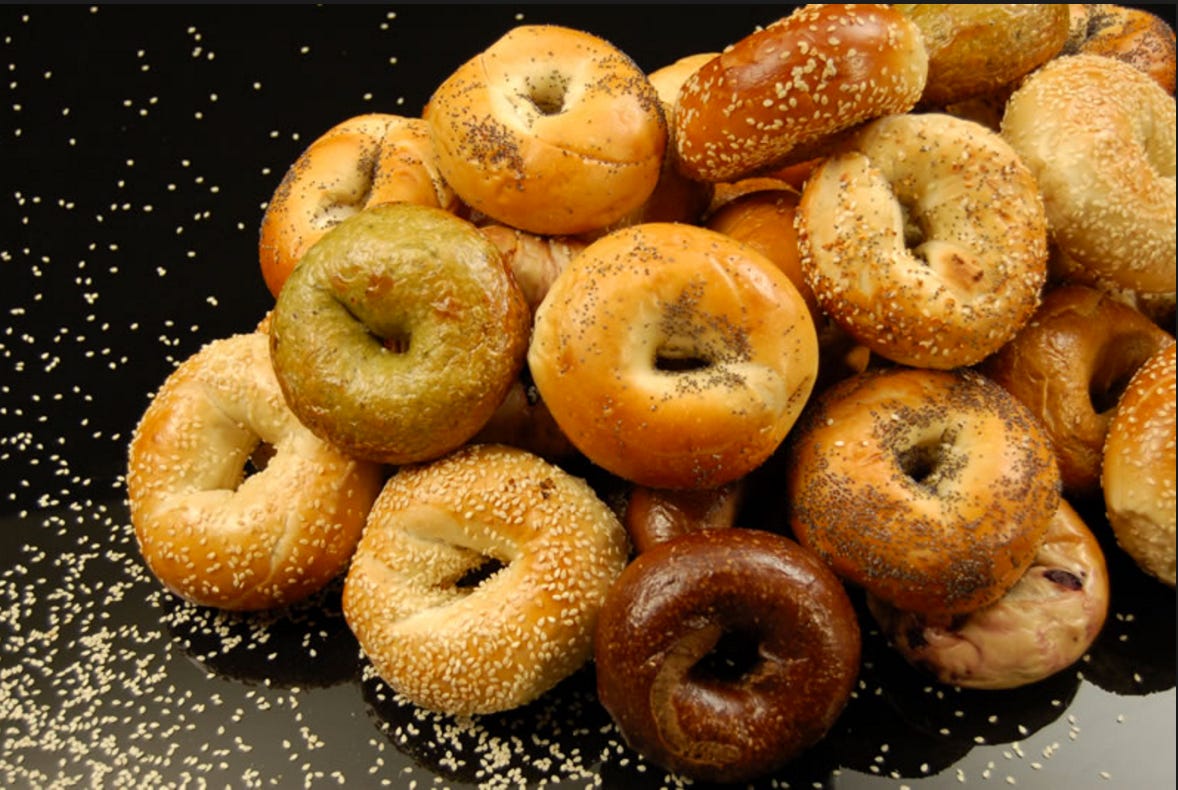 I don’t want to name a name here because some people get sensitive about these rankings, so I’ll just give the theme: Bagel Mondays. There wasn’t one this week. It was raining and whoever was in charge couldn’t carry bagels in the rain. Not a huge deal, just saying when you go somewhere expecting bagels and you don’t ever end up getting bagels, that’s a bad start to the week.

The Nate Dogg That Actually Showed Up To The Office

Big Cat and PFT didn’t work their asses off buying Hawaiian shirts and Mai Tai mixers for you to show up on Aloha Fridays without any Hawaii swag on. Whole atmosphere on that side of the room is just off today. 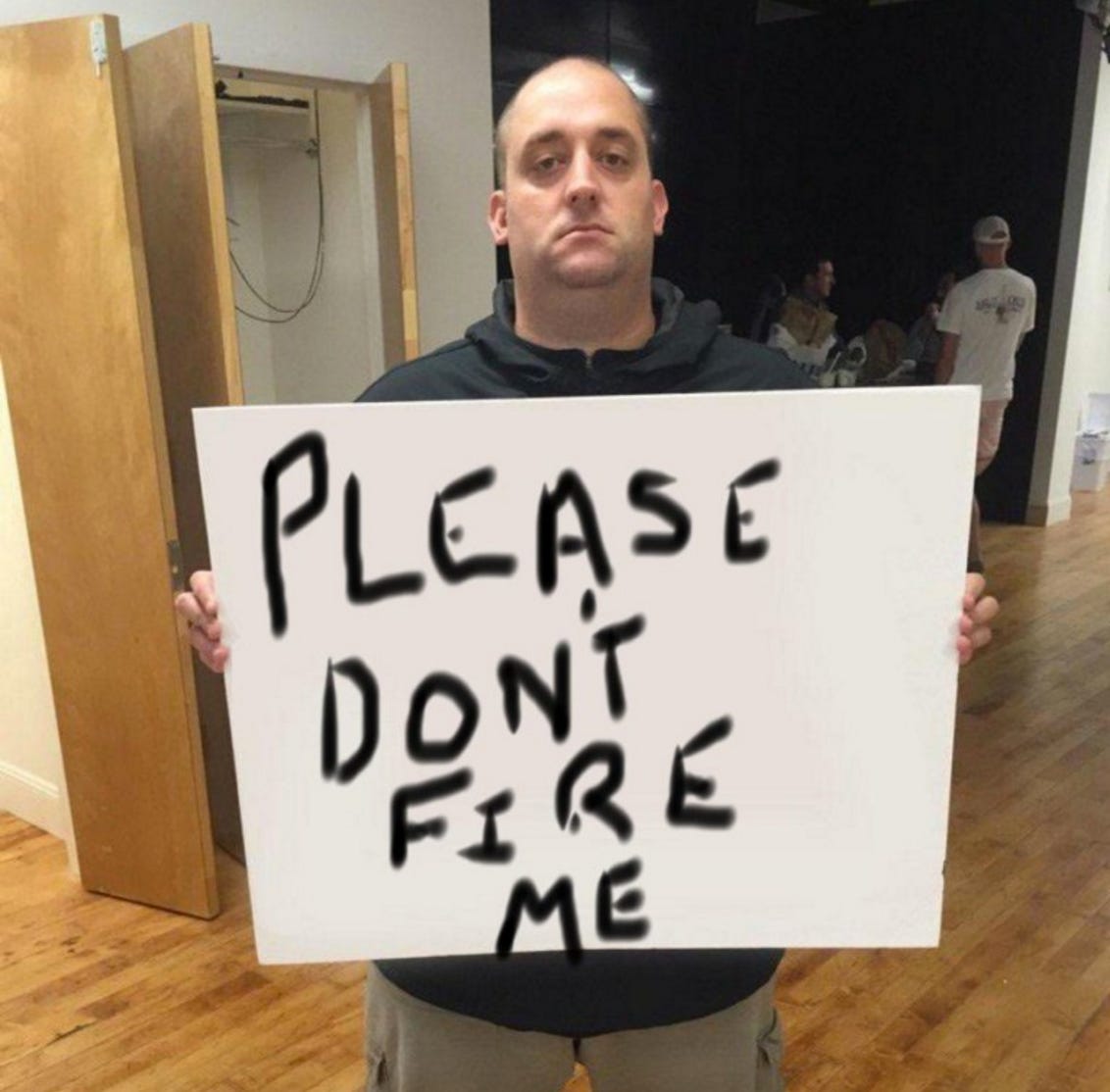 Haven’t seen the guy all week either. Guilty conscience much?

Tapped me on the shoulder and asked me what the power rankings for the week were and what he could do to improve his standing.

Answer: don’t ask for advance knowledge of the power rankings and try to avoid giving me a click + pageview.

Chicks In The Office 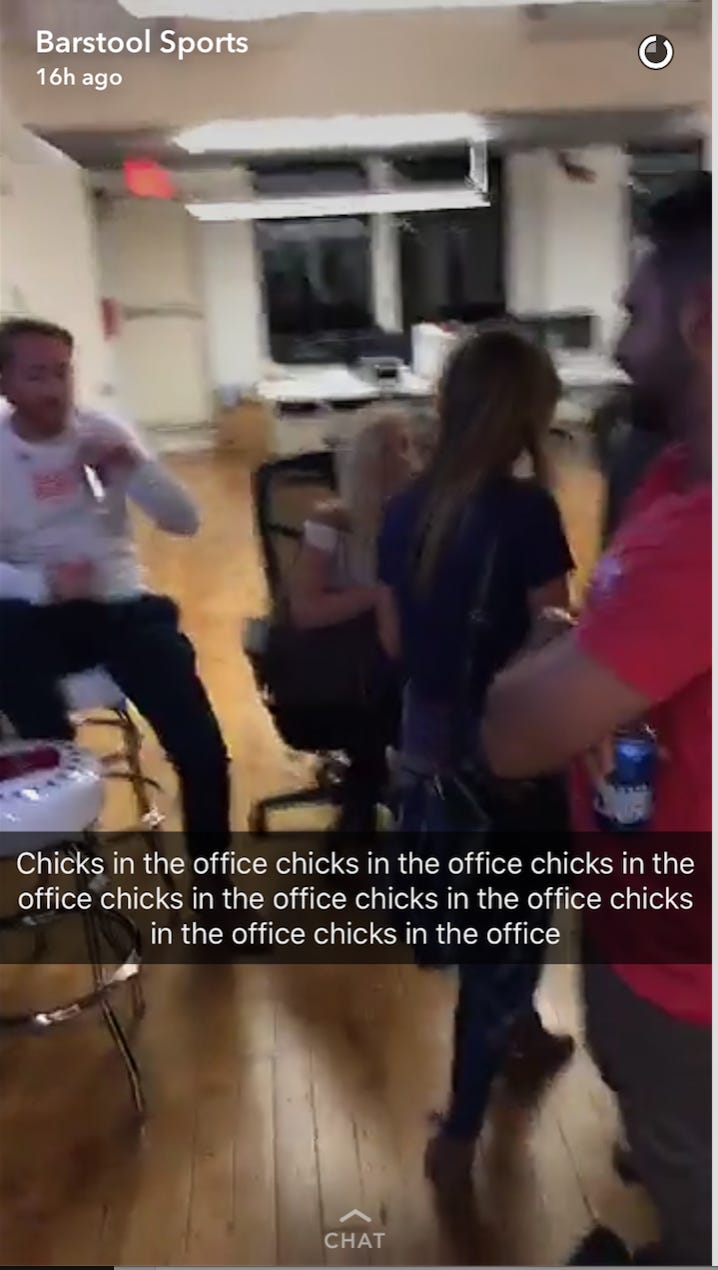 Had about 10 super hot ones in the office last night and none of them came over to talk to me. It’s like they don’t even know the type of power that the Editor-In-Chief title holds. 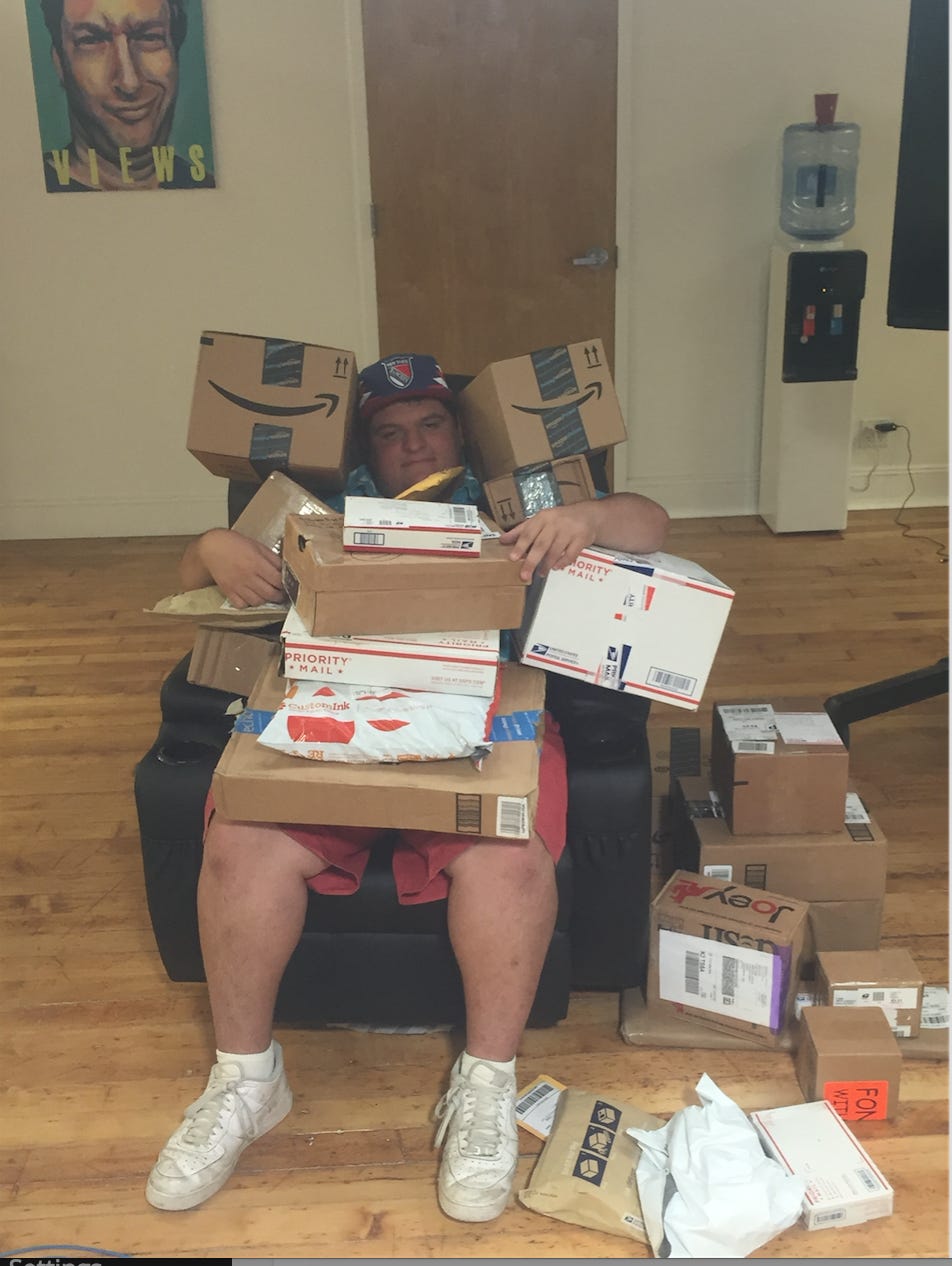 Caleb asked him to grab coffee with cream and he had to ask a stranger, no joke, “what cream is.” I still don’t even understand exactly what that question meant. Maybe he phrased it wrong. 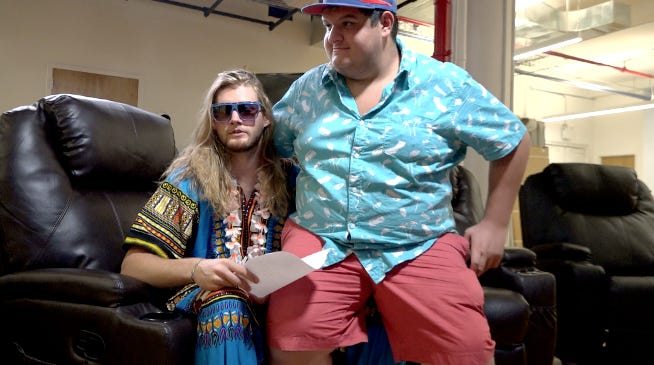 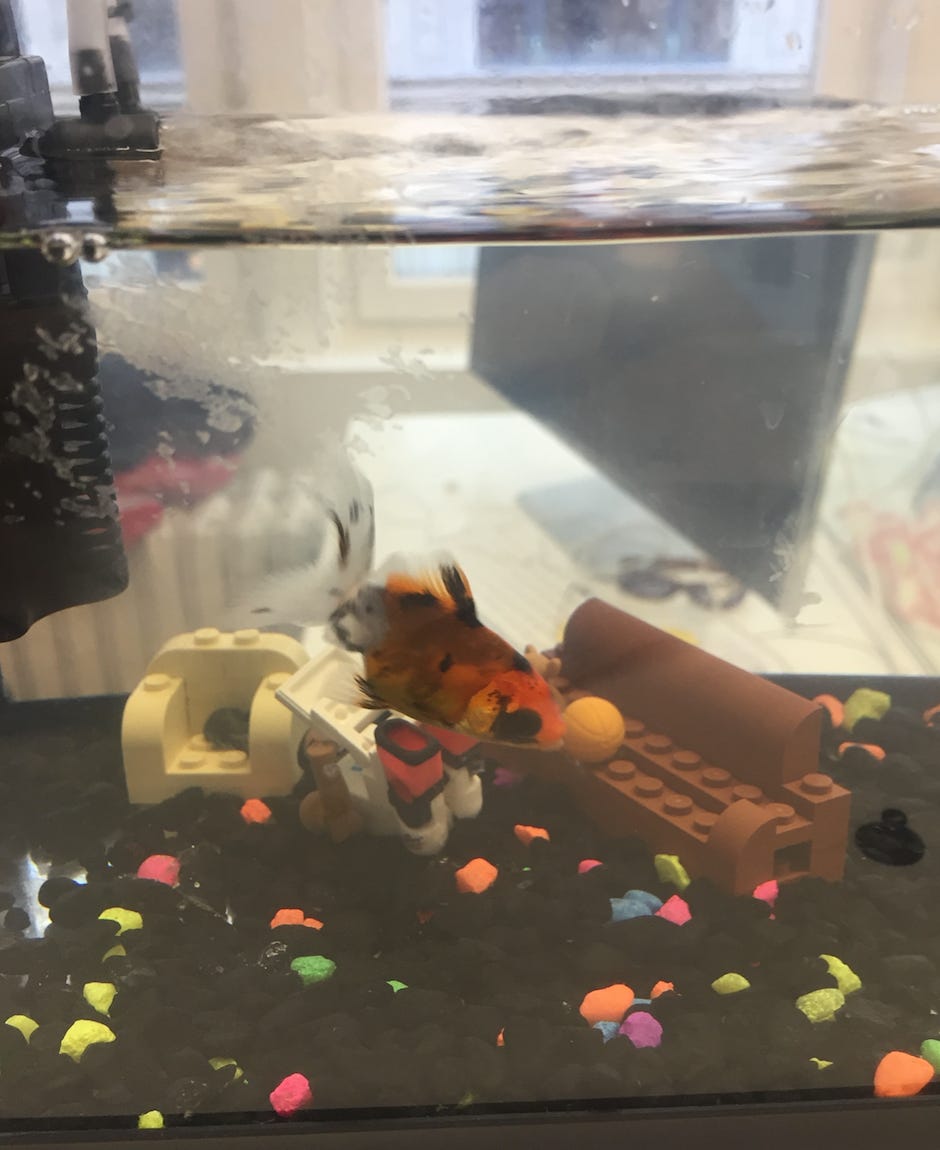 This fucking guy sucks at gambling. Wish Larry II was the one that got sucked up and split in half by an ultra powerful water pump. 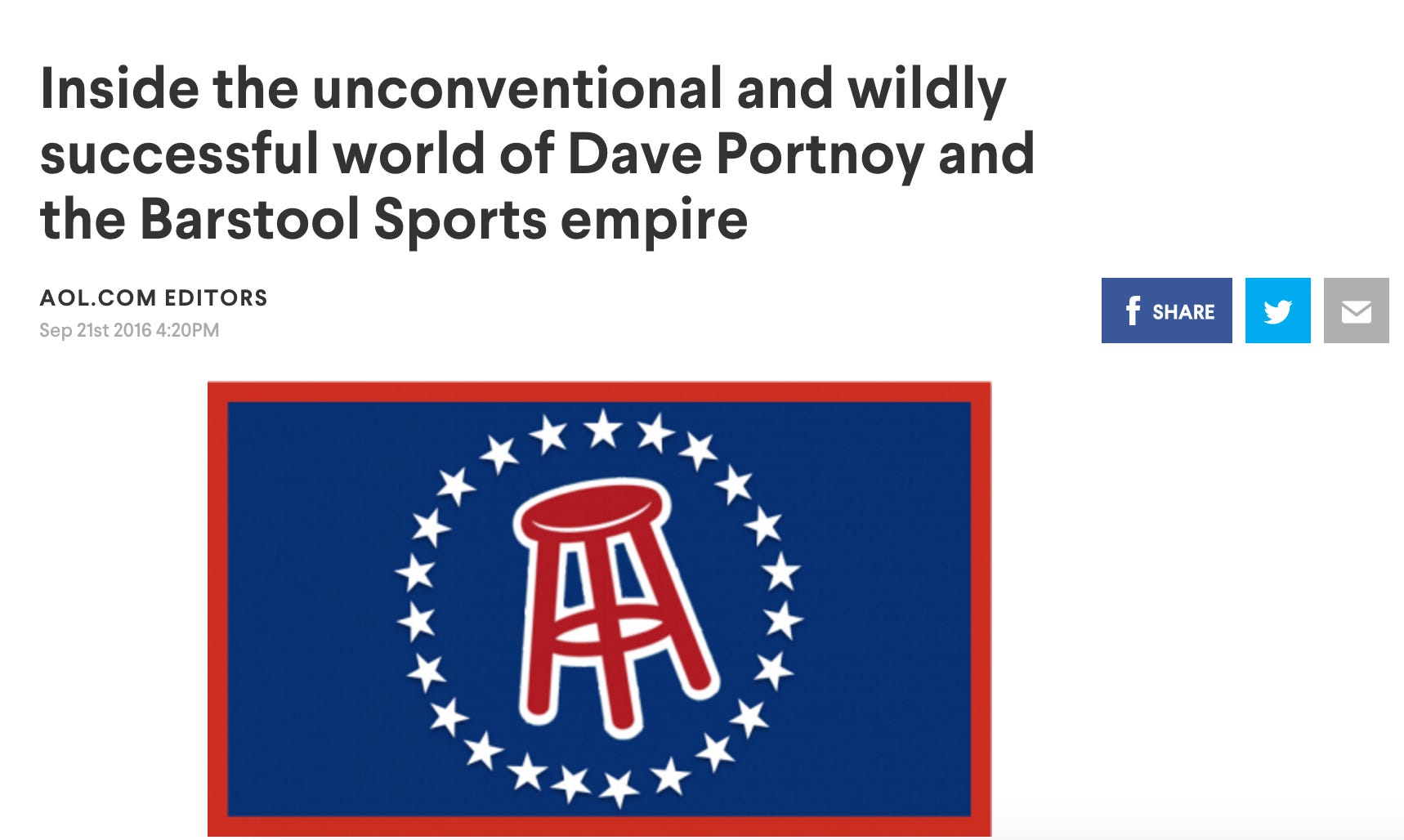 Office Guest of the Week 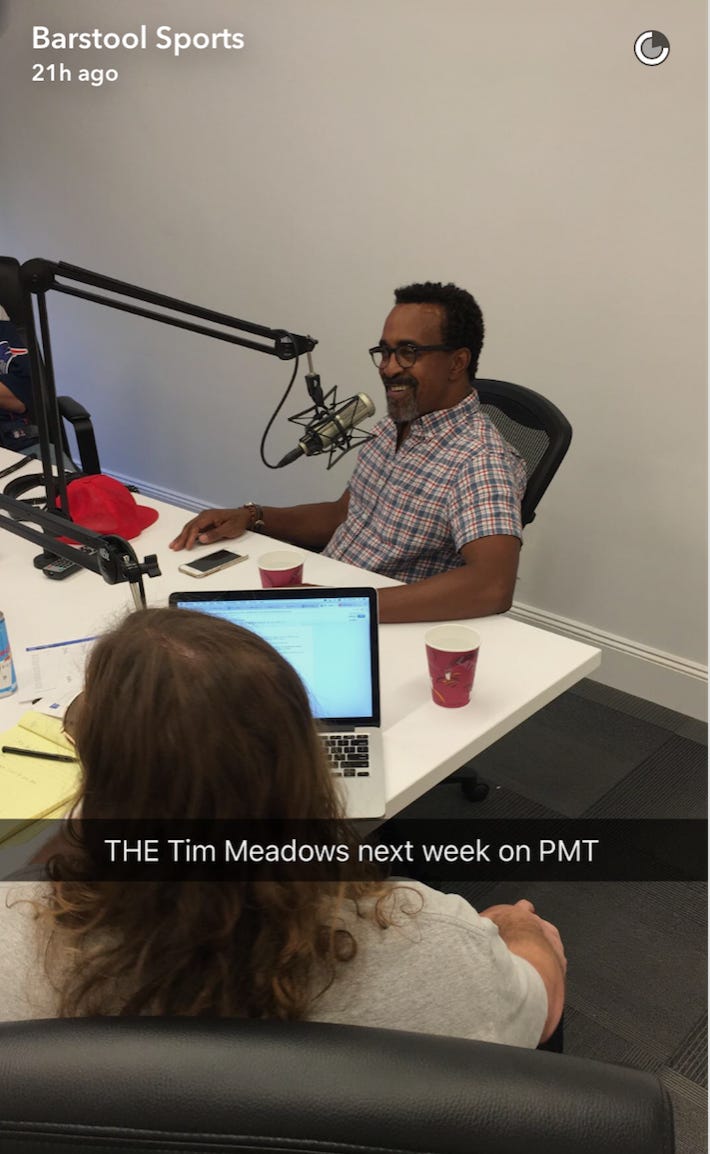 The guy who shot Bin Laden, the Ladies Man, you literally never know who is going to walk through that elevator door folks.