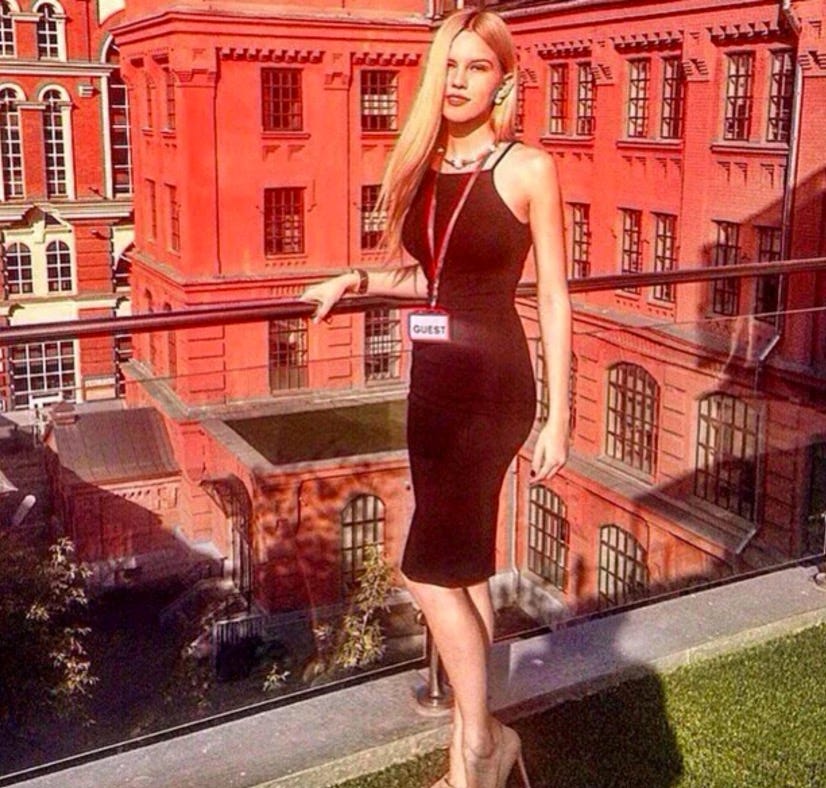 Daily Mail – Anna Feschenko, 17, a model who was runner-up in the Miss Moscow contest in June, travelled to the United Arab Emirates after claiming its was a prize from the pageant.

But her friends denied it was a prize and said her true intention was to join an escort service which would offer her as a virgin to Arab clients.

Her travelling companion, named as Ekaterina K, 19, fled when she realised Miss Feschenko’s alleged intention to work as an escort in Dubai.

She said: “I travelled there because Anna invited me and said that it was a prize paid for by the Miss Moscow contest. In two days we had a scandal when I got to know the truth about why we were there.I told Anna that I was not going to stay and would go home.”

“Anna tried to push me, she asked me to go away and leave her alone there. But I don’t need this kind of job.”

Olga Feschenko – Anna’s mother – said she was now in touch with her daughter by text messages, and hopes she will now return to Russia. But she was expecting her yesterday and she did not come.

She said: “I am in touch with Anna, we are in contact all the time. I am worried about my daughter, I am a normal parent. I watch many soap operas and you know what it happening there, so I decided to rush to police.”

The police say there is a limit to what they can do since the mother had given her daughter formal permission – as an under 18 – to travel to Dubai with Ekaterina acting as her guardian.

Talk about Russia redefining the “never have a daughter” game. I mean is it even possible to have a worse turn for your child than “Was a beauty queen, now is in Dubai refusing to come home because she’s both selling her virginity AND trying to turn out other girls”? Call it a hunch but I bet drugs and sex with multiple men can’t be far behind either. I don’t even know what you do at that point. I’d like to believe I can somehow muster up some sort of Taken-style rescue but it seems far more likely I couldn’t even find the first dude’s number to call up and pretend like I have a particular set of skills. And even if I did, all that planning and “years of training” and “being able to both beat up and murder mass quantities of men until achieving your goal” seem a little outside my wheelhouse as a blogger. A little.

In my opinion you pretty much have to write things off as a lost cause in your head and hope she isn’t being traded back and forth between oil heirs at poker games or that losing a child to the Dubai sex trade somehow gets you a tax credit. If she shows up in a year without being hopelessly addicted to pills, great, let’s all just pretend it never happened. But otherwise probably have to knock up your wife again and hope you get it right this time. Maybe try sports instead of pageants this time. No copies of Pretty Woman on DVD in the house. Turn this thing around, Papa Feschenko.

There are more pics of Anna here in case you want to go do her a solid and save her from herself or happen to be a big fan of the Dubai sex trade with some money to spend (don’t be the latter).