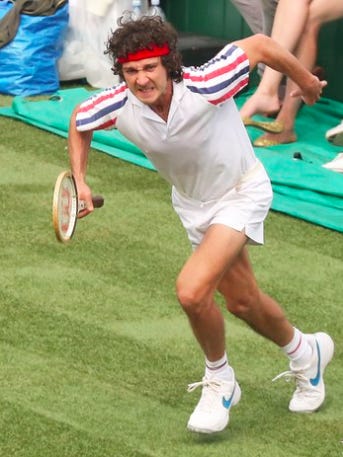 I’ll tell ya what, I’m not mad at it. Is it perfect? No. But if you gave me 15 minutes and asked who in Hollywood should play a young, batshit crazy Johnny McEnroe, Shia is probably the best answer I could come up with. I mean do you want meltdowns? Because that’s all I think of when I think McEnroe.

Are you telling me this guy:

Couldn’t be played by this guy:

What, do I want some shithead like Elijah Wood giving some subpar try-hard performance where he tries to be intense and crazy, ruining a sports movie like he did with Greenstreet Hooligans? No. Fuck no. I want a legitimate crazy person. You don’t have to manufacture intensity with someone like Shia, who undoubtedly has a 400 degree jet stream of a robusta blend running through his veins at all times.

Word also is that Johnny Mac isn’t happy with the choice to cast Shia. Cool out guy. Who did you think was gonna play you Liam Hemsworth? You were a spring-haired, screw-faced fuck, and you’re gonna be played by one. Now cool out.

And a sidenote that I normally wouldn’t bring up, but now that I work for a smut blog, I feel obliged to dish my dirt. A little birdy told me that Shia has a taste for the black tar. “But Roney,” you might protest, “if he was on heroin wouldn’t he be all skinny, gaunt and skeleton looking?” Uhh, no my friend. That’s what happens when poor people get on heroin. LaBeouf can easily afford an IV of essential nutrients to help him avoid withering away to Macauley Culkin status.

But take a look at his wife. 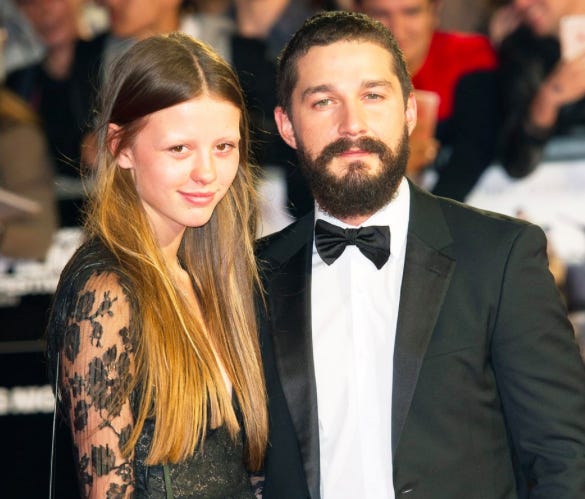 ?
Tell me that ain’t a heroin couple. He doesn’t need some classically hot Hollywood babe to bitch at him about his bad habits. He needs a down ass chick with Charlie Villanueva eyebrows who approves of/participates in his lifestyle. He’s been admitting that he’s “had problems with alcohol”, a move that no one admits to unless they’re doing something way worse. So you heard it here first. LaBeouf was on smack.

P.S. The other Hollywood name that I heard loves the herron REALLY blew my mind. I don’t even know if I should say it cause it’s so damn juicy, but then again, the source sounded sure, so I might just have to tease it. Here’s a clue. It rhymes with Black Teflon.