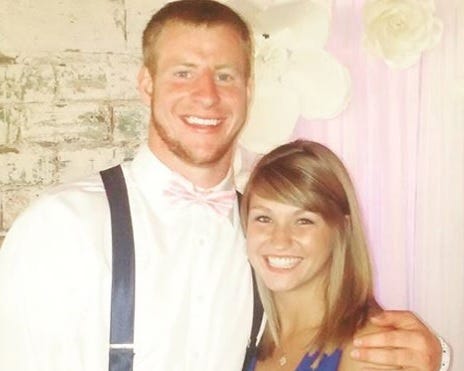 NYP – While Wentz has since turned pro and become Philadelphia’s prized franchise quarterback, Uhrich continues to support him as she did during their college years. And while she won’t hesitate to take his cellphone away during date nights — he was caught watching game film under the dinner table — she understands how much her boyfriend is dedicated to his craft. “I told NFL scouts, if you ask him to work 60 hours, he’s going to work 80 hours,” North Dakota State offensive coordinator Tim Polasek told CBS Sports in March. “In that off time, he’s going to be with his two companions — his dog and he’s got a significant other.”

Love it. Absolutely love it. How many notable QB busts have come into the league and didn’t even sniff the film room? Meanwhile Ginger Jesus is rising from the bed at 4am to get into the office and is such a workaholic he can’t put the phone away during the dinner table. Granted, the woman can’t exactly be angry as he’s playing for millions of dollars with his job and not that cruise at the quarter for salesman of the month. But still, if typical Eagles fans have their meals ruined by this team, I love the fact our QB is sacrificing his happiness somewhat for the good of the green. The only thing he cares about is football, his woman, and his dog (as well as hunting and Jesus). He’s just your old fashioned country boy.

Seriously, every waking moment delivers another positive aspect of this man. Best hop on that Wentz Wagon via shirt before it gets to San Francisco! 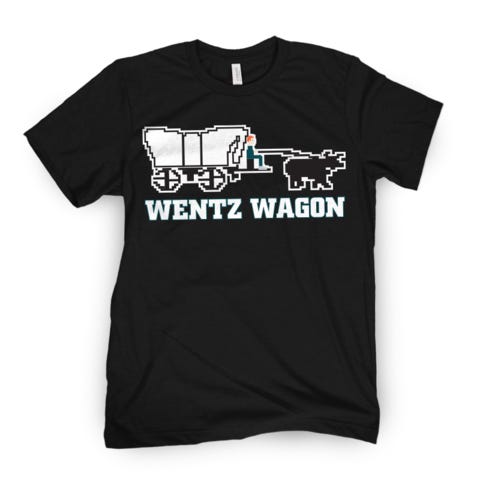