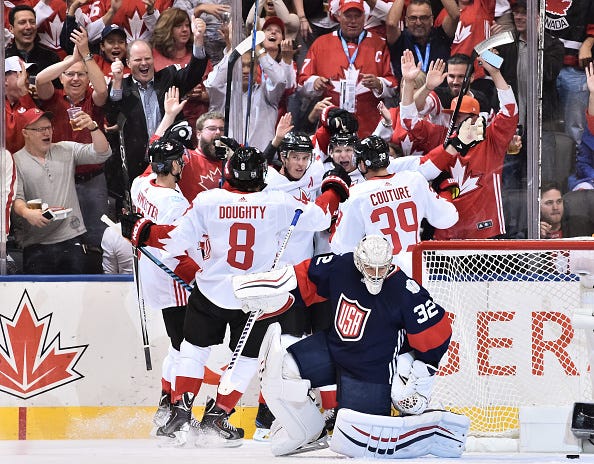 Listen. I’m not going to sugar coat this. That was was abysmal. It was trash. It was so bad that a dude on the US Sled Hockey Team was thanking his lucky stars that he was born without any legs so he would never have to play for that dumpster fire of a team. 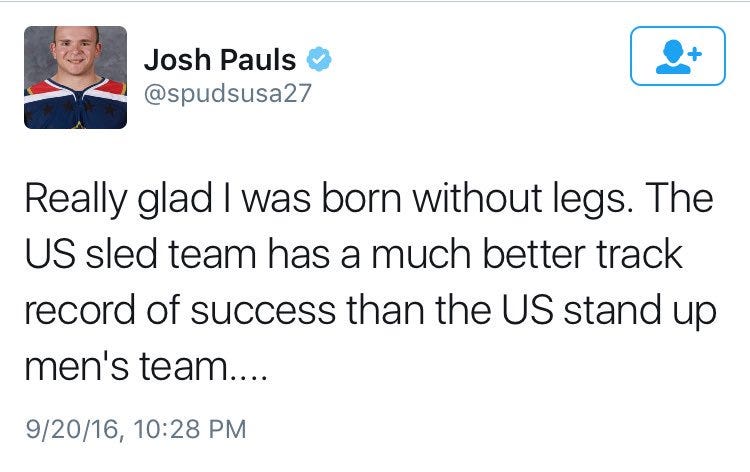 It’ll be a pick’em for who had the best tweet of the night; Josh Pauls or Phil Kessel.

This team was specifically put together to beat Canada. That was their end game since the beginning. They didn’t care about winning the World Cup, they just wanted to make sure they beat Canada. So how did US Hockey attempt to achieve that? Well by going back 20 years ago and putting together a team that would have ruled in ’96. Unfortunately for the boys last night, the game has changed quite a bit since then. Everything about this team stunk of the Dead Puck Era. It’s why some of their most offensively gifted players like Kessel, Tyler Johnson and Bobby Ryan were left at home in preference to Justin Abdelkader and David Backes and Derek Stepan. In the back of our head, we all knew this team was going to stink right from the get go. Hell, even your mom’s friend Susie’s co-worker Bethany in accounting knew they were going to stink just by looking at that roster. We just didn’t want to believe it. We wanted to think they could grit the fuck out of Canada. And.. well.. I mean they at least kind of tried to?

First off, Mike Harrington can get bent. Everybody knows that. Congrats to hockey twitter for thinking they are soooooooo smart to come up with the school of thought that you can only hit when you don’t have the puck on your stick. Ummm I’m sorry, fuckwad. But the last I checked, this is the goddamn United States of America. And in the United States of America, we’ll hit you whenever we damn well please. And maybe that’s the thing. Maybe part of the onus here needs to be on Canada for putting together a pussy team that is based on speed and skill instead of grit and grace. They wanted no parts of that trench war. The match up was just all wrong. Instead of wanting to play a brand of hockey by men for men, they went with this candy-ass “I want to be on SportsCenter tomorrow”  brand of hockey.

Quick Sidenote: Ref-cam is the best thing to happen to hockey since taking out the two-line pass rule.

But yeah.  I don’t want to make too many excuses here. No matter how you try to Spin Zone it, Team USA got embarrassed out there. We all saw it coming, we were just hoping somehow the train would divert it’s path before it was too late and not cause such a wreck. And defending Torts for the past few weeks has been fun because as the old saying goes, “the enemy of my enemy is my friend”. Nobody hates Torts more than Hockey Twitter. So if Hockey Twitter hates John Tortorella, well then sign me up for the fan club. But going with Jonathan Quick in this tournament over Cory Schneider should be considered a criminal offense and he should be tried for treason.

Some Other… Well I Don’t Know If They’re Considered Highlights But… Moments(?) From Last Night

I mean… all I’m going to say is that it’s a little strange that the tournament is being played in Canada and Team Canada just so happened to get all the bounces going their way? I’m just saying. Something seems sketchy there. (Or maybe Team USA is just bad. It’s probably that, but let’s keep going with the first option for now) 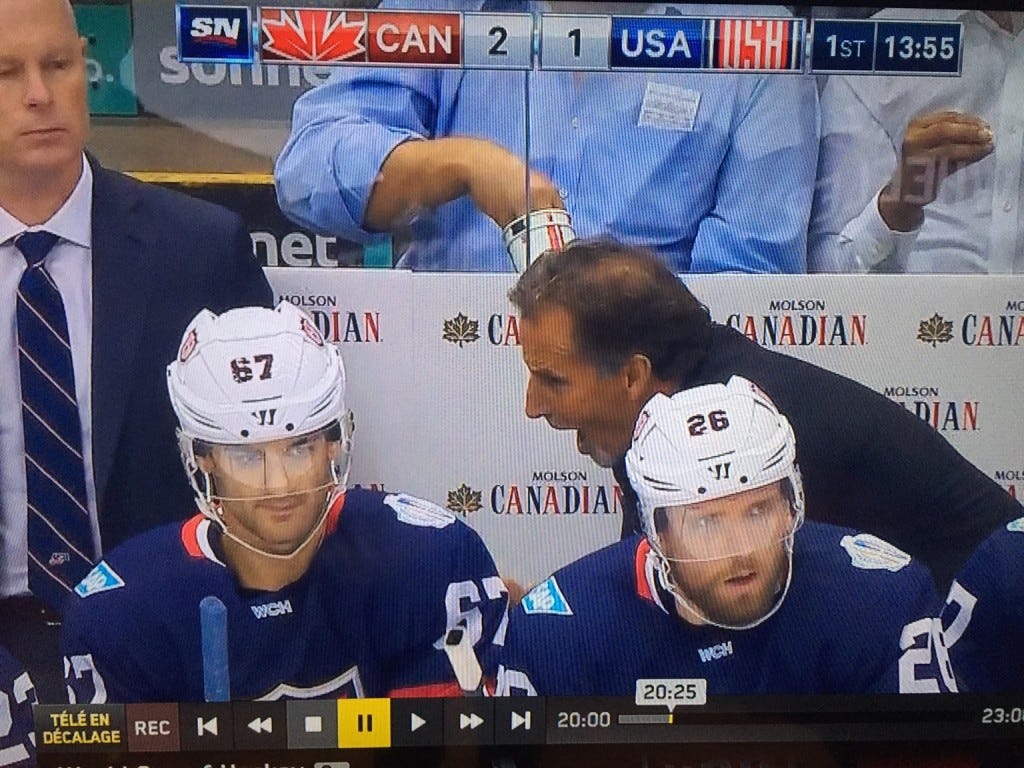 When mom’s new boyfriend is yelling at you but you don’t even care cause that bitch ain’t your real dad.

At least this guy had fun last night… 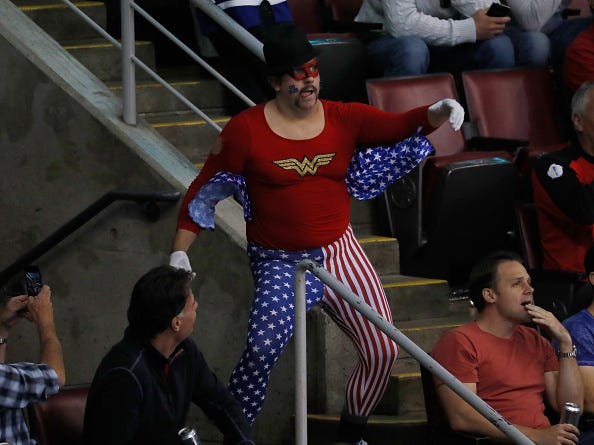 So there’s really nothing left to say. It was a horrible showing from Team USA who basically showed up to a gun fight with a pool noodle. Things are looking up since eventually they’ll have Eichel and Matthews and Gaudreau and plenty of young, offensively elite talent to work with that they won’t be able to omit from the roster. But until then… Go Team Millennials.