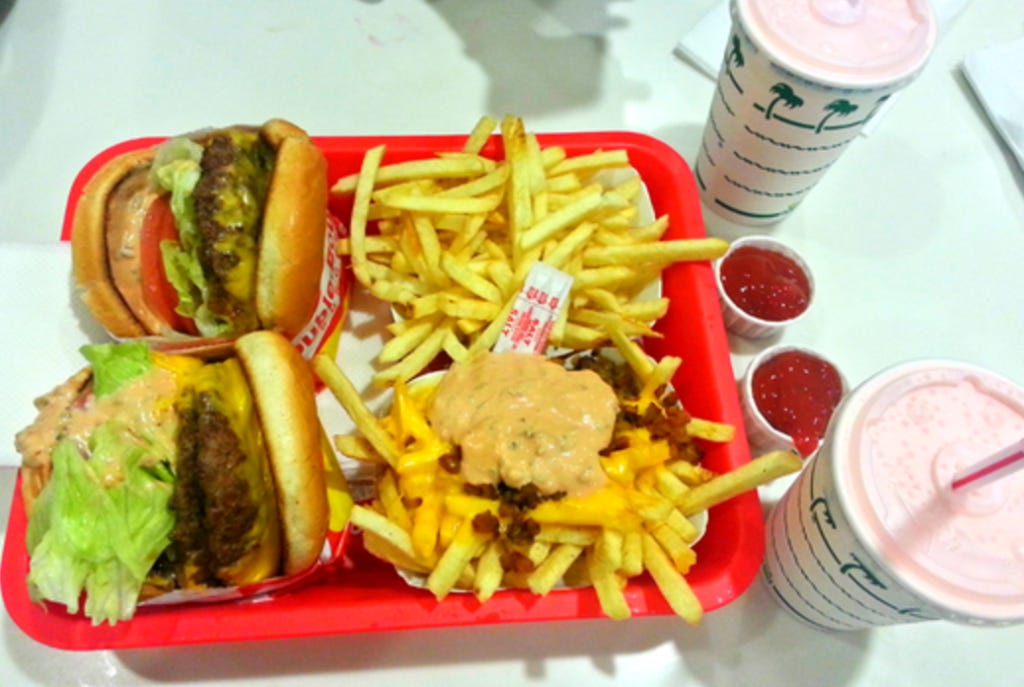 CBS - Another campaign is underway to urge In-N-Out Burger to offer a meatless option.

Apparently, a cheese sandwich and fries are not enough for some vegetarians.

The nonprofit group said “In-N-Out has been letting its fans down by failing to serve anything that would satisfy a burger-loving customer who wants a healthy, humane and sustainable option. As a company that prides itself on both customer satisfaction and ethical business practices, adding a meat-free option is a no-brainer.”

I don’t get this at all. Not even a little bit. Vegetarians have their own restaurants, us normal people meat eaters have ours. I wouldn’t walk into Wally’s World of Vegan and demand they start serving bacon, so why does Wally waltz into In-N-Out and demand a “meat-free option”? It’s just plain stupid. And futhermore, it’s a HUUUUUGE slap in the face to vegetarian restaurants. It’s telling them that their food isn’t good enough.

And the best part is the quote from the nonprofit, “In-N-Out has been letting its fans down”. WHAT???? You know who is the biggest fan of In-N-Out? The person who eats MEAT. That’s their fans. Not weirdo veggie lovers who want a tofu burger with gluten free fries. Those people ain’t keeping the lights on. I hope even if In-N-Out had planned on launching some sort of nasty ass veggie burger now they withhold it just out of spite.