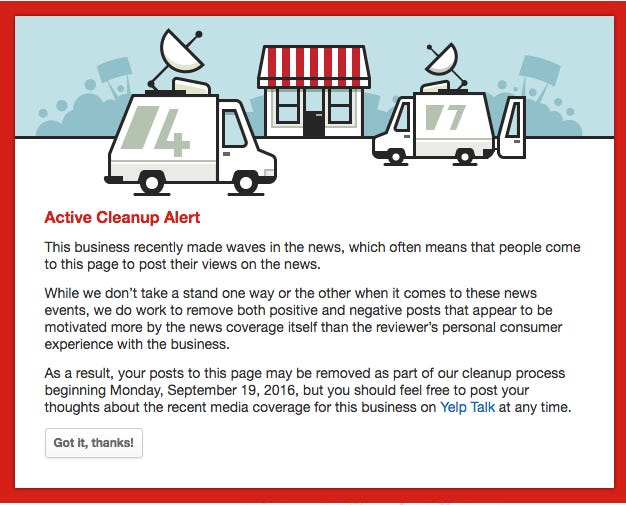 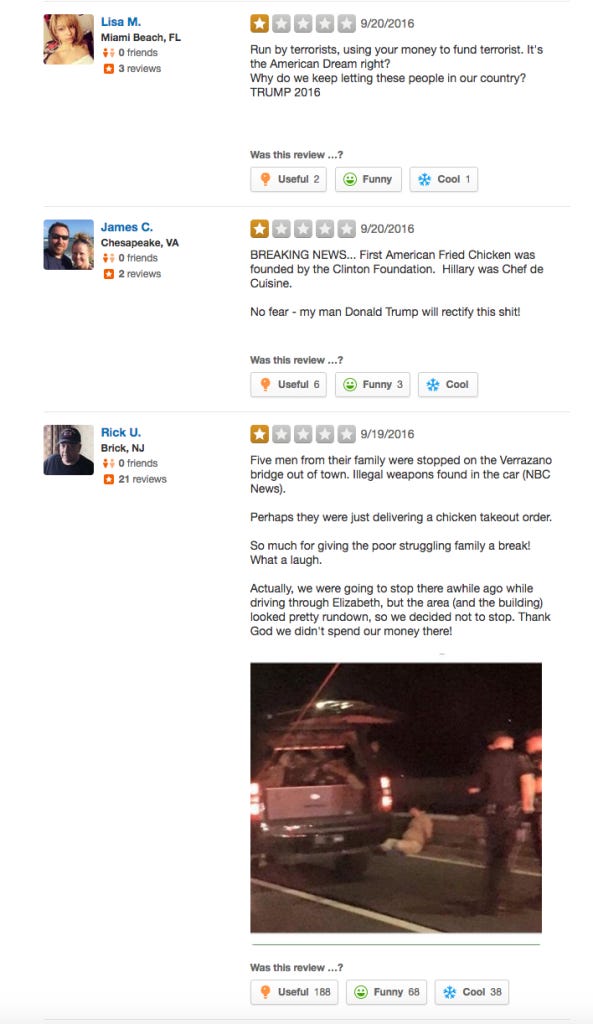 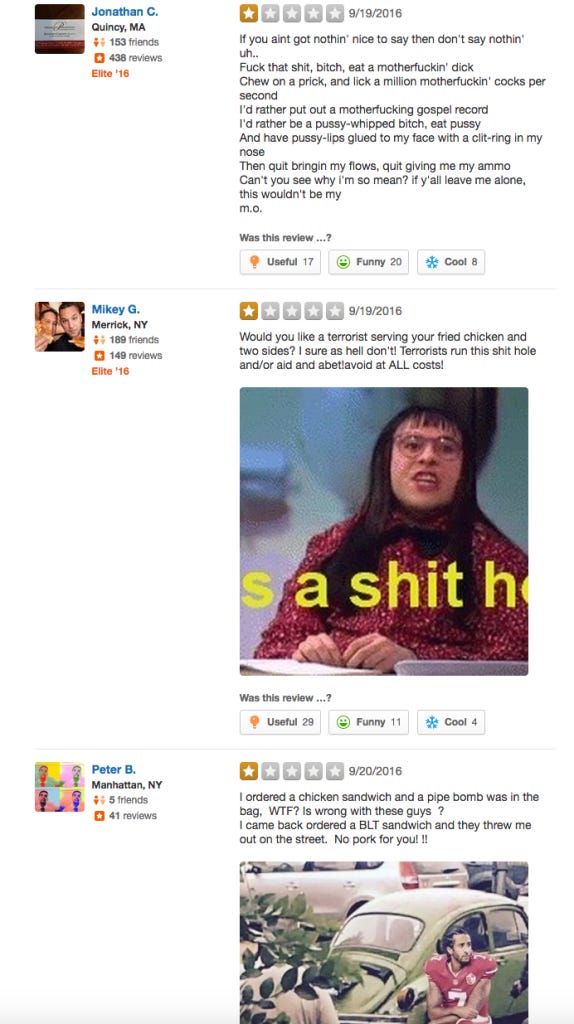 NY Daily News- Those bombings were bad for business. The fried chicken restaurant owned by Ahmad Khan Rahami’s family is getting swamped in a new wave of bad publicity — so bad that Yelp is stepping in. The restaurant review site posted a notice on the First American Fried Chicken page Tuesday saying it is “being monitored by Yelp’s Support Team for content related to media reports.” “This business recently made waves in the news, which often means that people come to this page to post their views on the news,” said another notice warning of an “active cleanup alert” on comments.

Listen, I hate when someone leaves a negative Yelp review that has nothing to do with the restaurant. It’s like giving a bad review on Amazon because UPS fucked up or not tipping a waiter because the kitchen overcooked your food. But if your son/cousin/nephew/etc. did something horrific, you are usually going to suffer some sort of consequences. I’m not saying it’s right, but it is what it is. In fact, it’s another part of the checks and balances that motivates people to help make their family members better people.

But I also think about Naz’s parents in The Night Of and how they suffered for something their son may or may not have done.. Granted, Ahmad’s mom reportedly leaving the country before the attacks) raises some red flags. But I guess there is at least a chance his dad or other relatives didn’t know anything about him being a dickhead terrorist.

But you want to know what the worst part of this is? The amount of bad Facebook memes that are on that Yelp page. Once I saw a picture of Colin Kaepernick appear in the reviews, I knew the exact kind of crowd we were dealing with here. Facebook memers are not as bad as terrorists, but they are at least on the same list as them. The fucking WORST.

In related news, the biggest winner in all of this has to be Popeye’s, right? One minute they are making headlines for (allegedly) serving up fried rat heads. The next minute they aren’t even the most hated fried chicken place in the Tri-State Area. What a goddamn break.