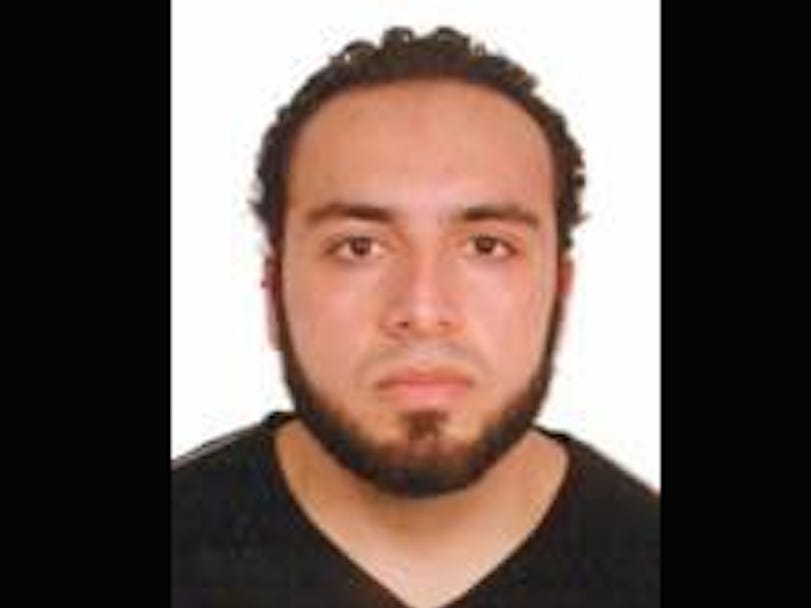 Daily Mail- If Ahmad Rahami is responsible for bombing areas of New York and New Jersey this weekend, his campaign was an absolute failure – police found a litany of clues that led them to him.
The 28-year-old naturalized American citizen, who worked at his parents’ chicken restaurant in New Jersey, was arrested just over 48 hours after the first explosion in a swift investigation aided by a series of mistakes. Law enforcement officers say that Rahami’s fingerprints and DNA were found at the scene of Saturday’s bombing in Chelsea, Manhattan. And that’s just the beginning. The suspect was clearly captured by surveillance cameras near the scene of the Chelsea blast, dragging a bag along the street. His face was uncovered. He was also captured on camera in New Jersey, again with his face uncovered. Footage and stills from both scenes were distributed by authorities, in the hopes of identifying him.

Electronic toll records showed a car to which he had access was driven from New Jersey to Manhattan and back again on the day of the bombing. That information came from officials who spoke to The Associated Press on condition of anonymity because they weren’t authorized to discuss an ongoing case.

Then again, all this honestly has me wondering if Ahamad wanted to be caught like The Joker from Dark Knight. Can we double check to make sure nobody in the jail he is in has a phone activated bomb in their stomach?

Yesterday I said that everything you do in New York City is on All-Madden mode. Ahmad Rahami isn’t even on Rookie mode as a terrorist. He is one spot below Rookie. And don’t get me wrong, I am very grateful that this is the case. But damn he is a stupid motherfucker. Which is why the Daily News clearly won today’s battle of the headlines.