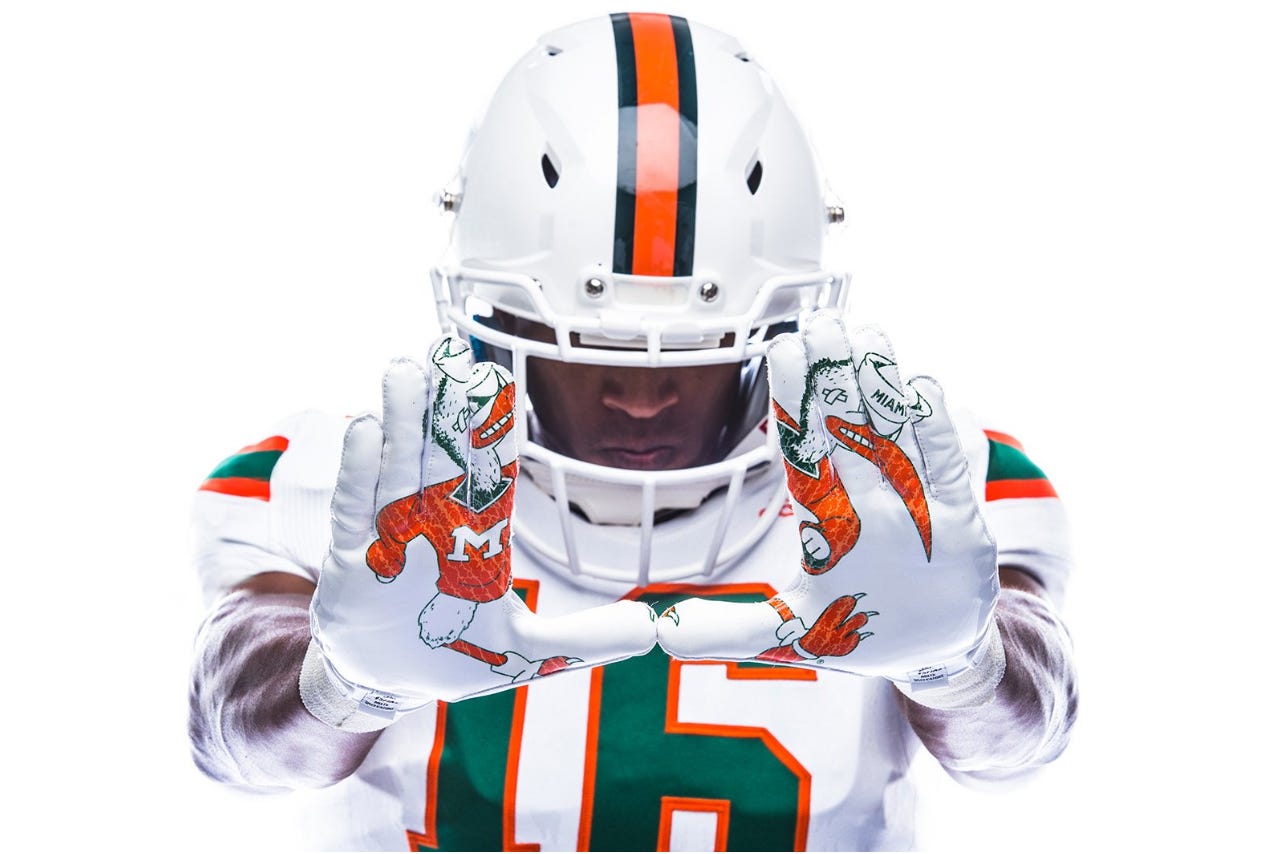 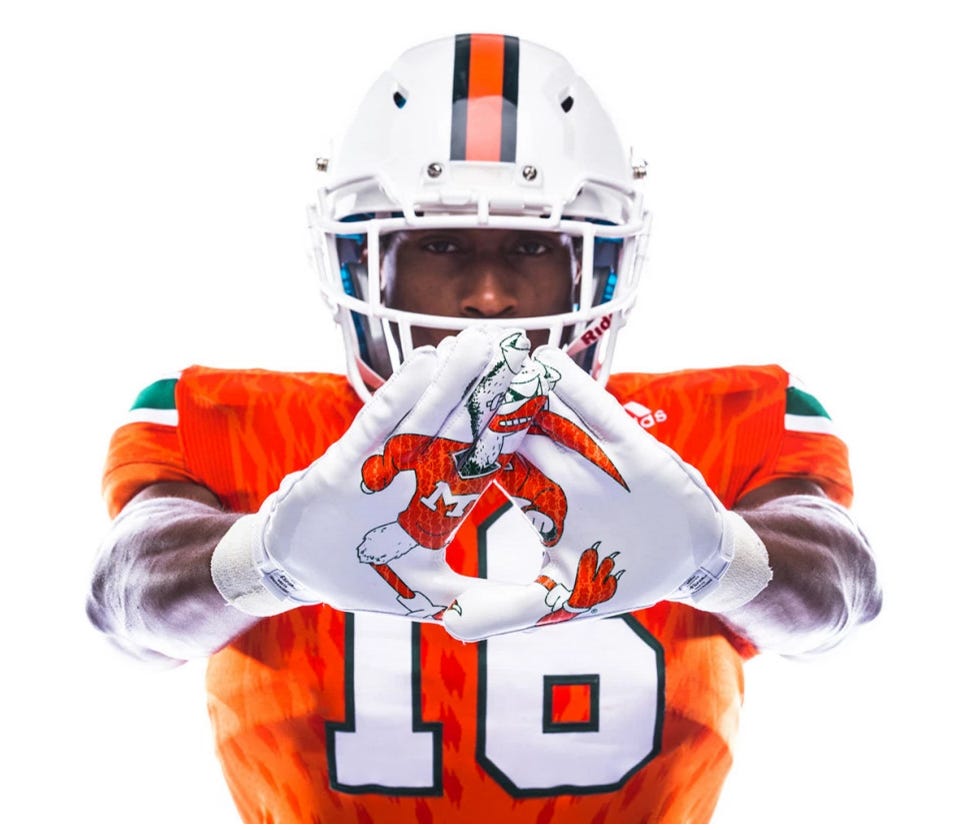 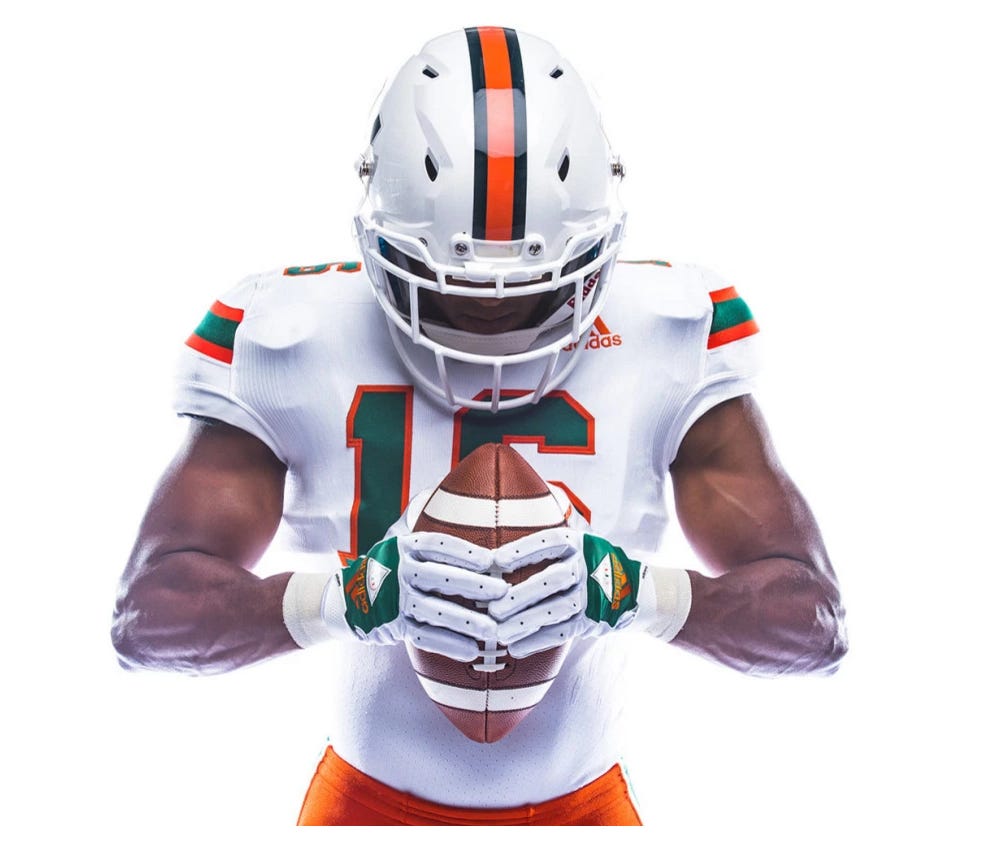 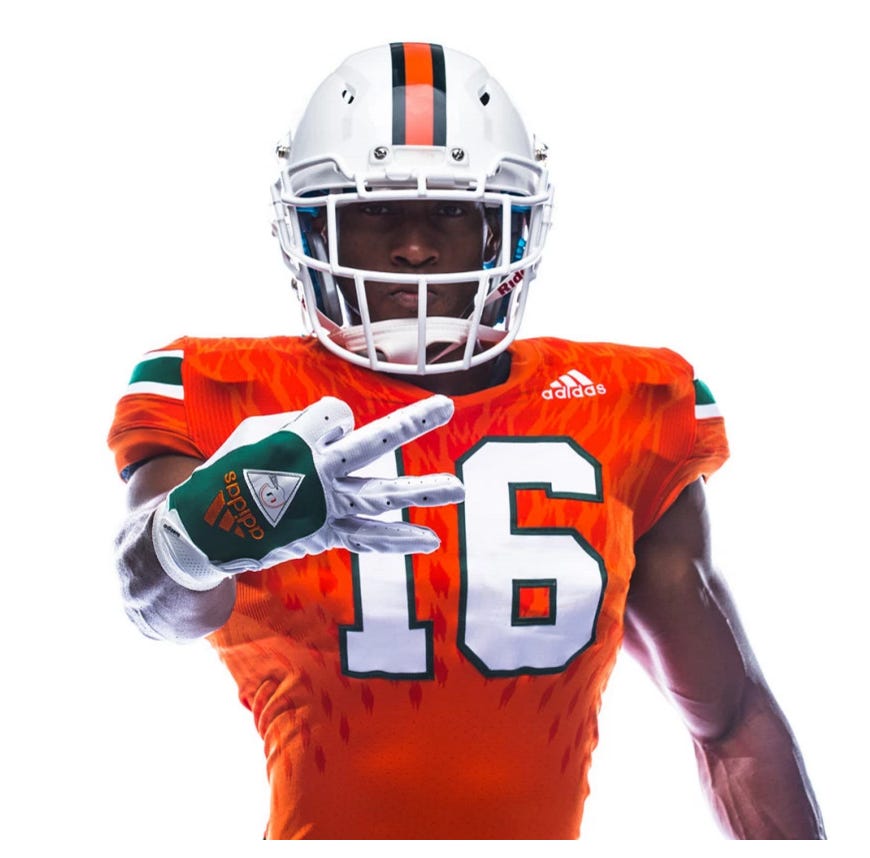 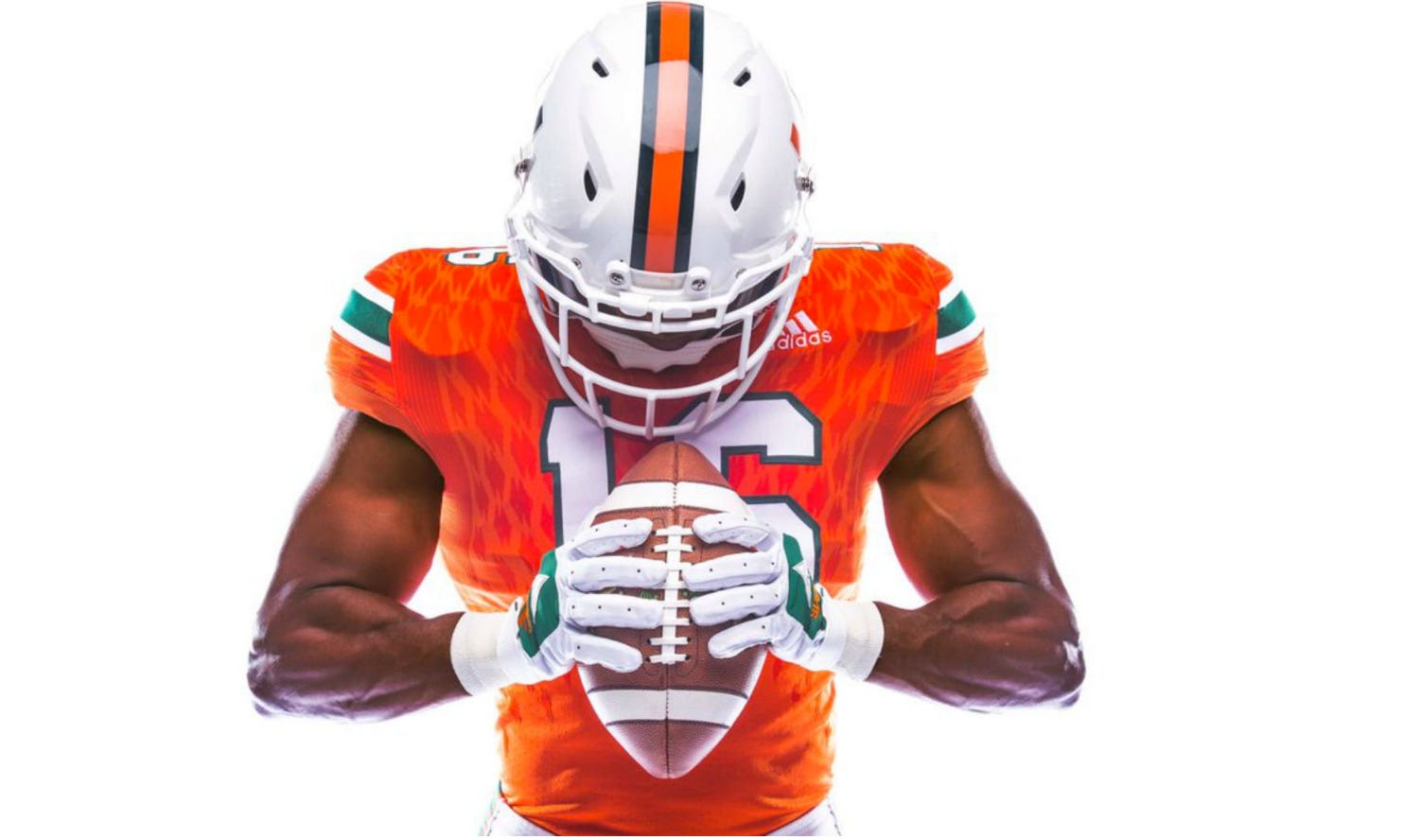 Now THIS is how you fight back against allegations that you assaulted and sexually harassed another team’s Color Guard. Drop some hot flaming fire retro throwbacks right in everyone’s face. If you don’t like the conversation, change it. Old PR trick right there.

The University of Miami and adidas today unveiled the Hurricanes’ new ‘Legend of the U’ Primeknit football uniforms, which will make their debut on October 8th when the Hurricanes take on the Florida State Seminoles at Hard Rock Stadium.

As the Miami football program begins a new era under the guidance of former quarterback and new head coach Mark Richt, the ‘Legend of the U’ uniforms echo the past while looking to the future, and that overarching theme inspired the collaborative design between the University of Miami’s athletic department and adidas Football.

Merging innovation and style to produce the perfect blend of modern technology with a historic, national championship-yielding look, the retro style uniforms were designed as a nod the legacy and domination of the teams from the 80’s and 90’s which saw the Hurricanes win four national championships. Attention to detail was crucial to replicate a retro look, and during the research phase of the design, jersey numbers, stripes and logos were precisely measured from archival products worn by the Hurricanes to create an accurate execution of the design elements.

Mirroring the dynasty years, the retro uniforms are highlighted by two combinations that will become the home and away looks for the program effective upon their debuts. The first uniform, debuting on Saturday, October 8th, will feature orange jerseys paired with white pants, and the second uniform, set to debut Thursday, October 20th, will feature white jerseys paired with orange pants.

Made with a cutting-edge, proprietary yarn blend that increases durability and abrasion resistance, Primeknit is the premier compression uniform system, featuring the latest generation of adidas TECHFIT technology. Primeknit helps keep players cool and increases range of motion, giving athletes an unrivaled level of comfort and allowing them to perform at their highest levels. The jersey’s padlock system secures tension over the shoulder pads, while the bodymap fit adheres to the player, making it difficult for opponents to grab, hold or tackle.

Additional design details include the adizero 5-Star 5.0 cleats, which contain a sockliner that depicts Sebastian the Ibis and a fire extinguisher, a nod to the mascot’s exhilarating actions on the sideline and the Hurricanes’ pre-game entrance. Additionally, an oversized graphic of Sebastian the Ibis is featured on the inside of adizero 5-Star 5.0 gloves with 4-way stretch mesh for compression fit and GripTack for consistent control in all weather conditions, while the backside of the gloves includes a triangular patch that’s embedded into the white gloves to replicate the gloves used during the 80’s.