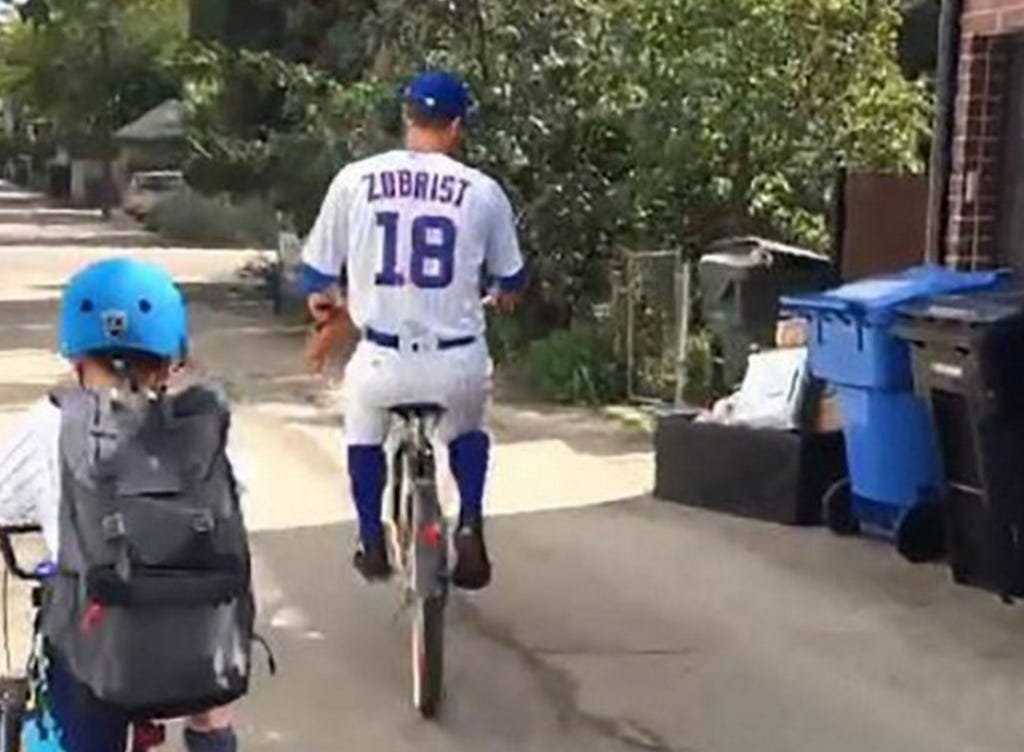 This is the fuckin’ dream right here. Before the draft, before the minors, before the big leagues, before the free agent contracts, there was this. Just hopping on your bike in full uniform, and heading down to your Little League game. Obviously the PF Flyers were an A+ touch; shouts to Benny The Jet Rodriguez. Haters will say this is lame. The haters are wrong on this one.

In case you missed it, the Cubs clinched the NL Central over the weekend, so before the hardos come out of the woodwork talking about how Ben Zobrist should be taking the games more seriously this time of year, the Cubs basically have the rest of month to chill, get healthy, and do awesome shit like this.

Speaking of players who need to step up their performance this time of year, check out these two players for the entire 2016 season:

I think you can see where I’m going with this. Player A cost the Cubs $184 million over 8 years, and Player B cost the Cubs $56 million over 4 years. Player A, of course, is Jason Heyward, and Player B is Zobrist, who has been one hell of a bargain for the Cubs this season. Over his career, Zobrist has been most known for his ability to get on base, and this season, his .379 on-base percentage is right up there with eventual league MVP Kris Bryant (.389), Anthony Rizzo (.388), and Cubs’ leadoff hitter, Dexter Fowler (.383).

He’s kind of fallen off in the second half, though. After getting off to a hot start hitting .345 with a .974 OPS coming into the month of June, Zobrist has since hit .220 with a .709 OPS over his last 88 games, or since June 1st. Despite the prolonged slump, he’s still gotten on base at a very respectable .341 clip.