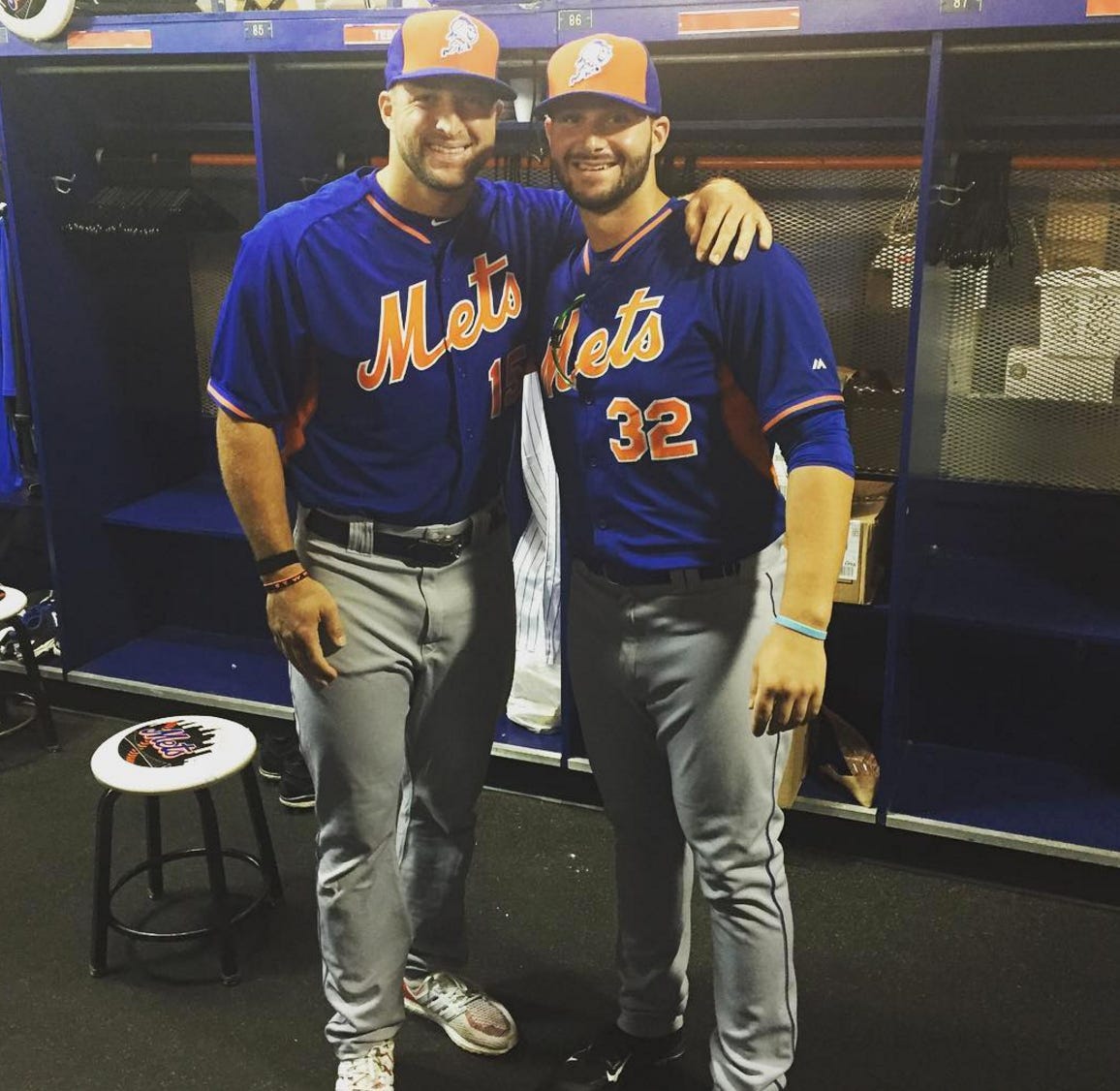 Mine eyes have seen the glory of the coming of the Lord! And its in the form of an orange and blue baseball uniform. The Mets have completed their sweep of the DREADFUL Twins, now sit in the drivers seat for the first Wild Card, and hold a tiebreaker over the San Francisco Giants. In the middle of August, they were 8 games behind them. deGrom, dead. Harvey, dead. Matz, dead. Wheeler, legitimately might be dead. They’ve made up 8 games and leap frogged about 5 teams with a make shift infield and a manager who keeps trotting out lineups as if they’ve already clinched the division. It makes ABSOLUTELY ZERO SENSE that this team is where they are.

Until you see that picture.

Until you realize that our Lord and Savior Jesus Christ is behind all of this. I truly, genuinely believe the most logical explanation for the Mets supposedly having a NINETY ONE PERCENT chance to make the playoffs…

…is that a higher power has taken over. Its either that, or they are playing some of the worst baseball teams I think I’ve ever seen. But even that feels like Divine Intervention. In between all the injuries, the big hits and the timely pitching and the stars and the moons all seem to align. Every day they get bad new and every day they win again. All I’m saying is…

Click here to Buy Angels In the Outfield Tebow 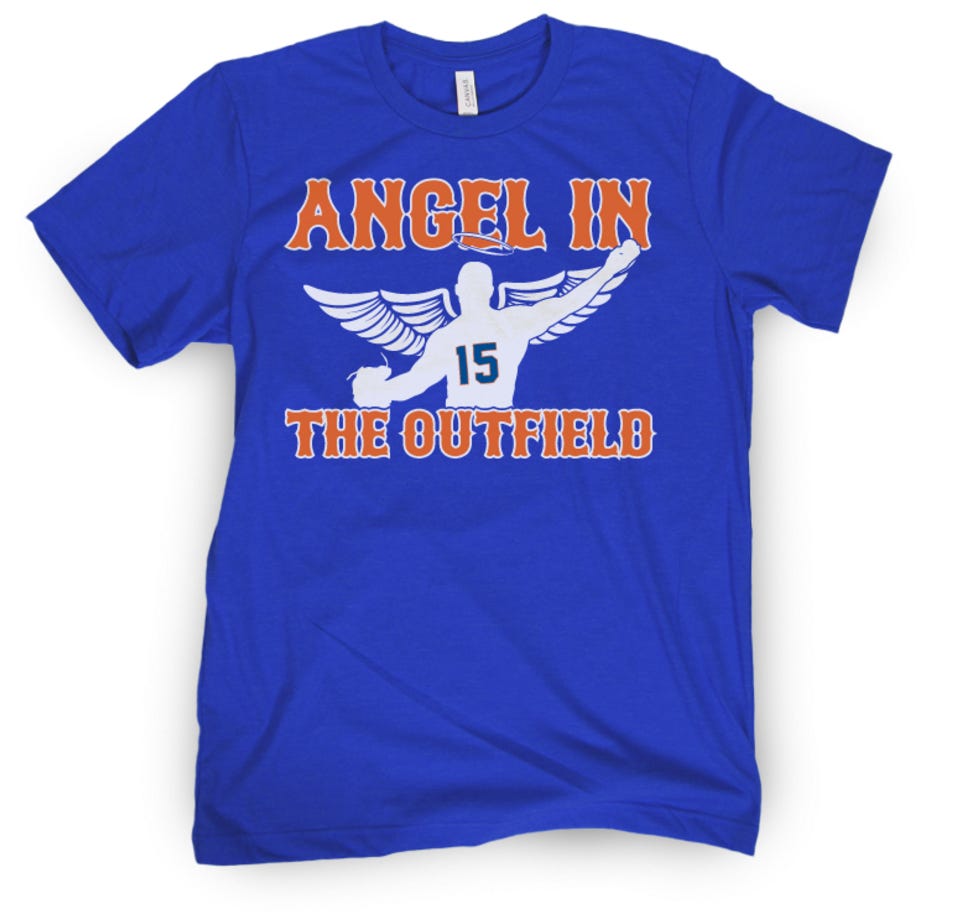 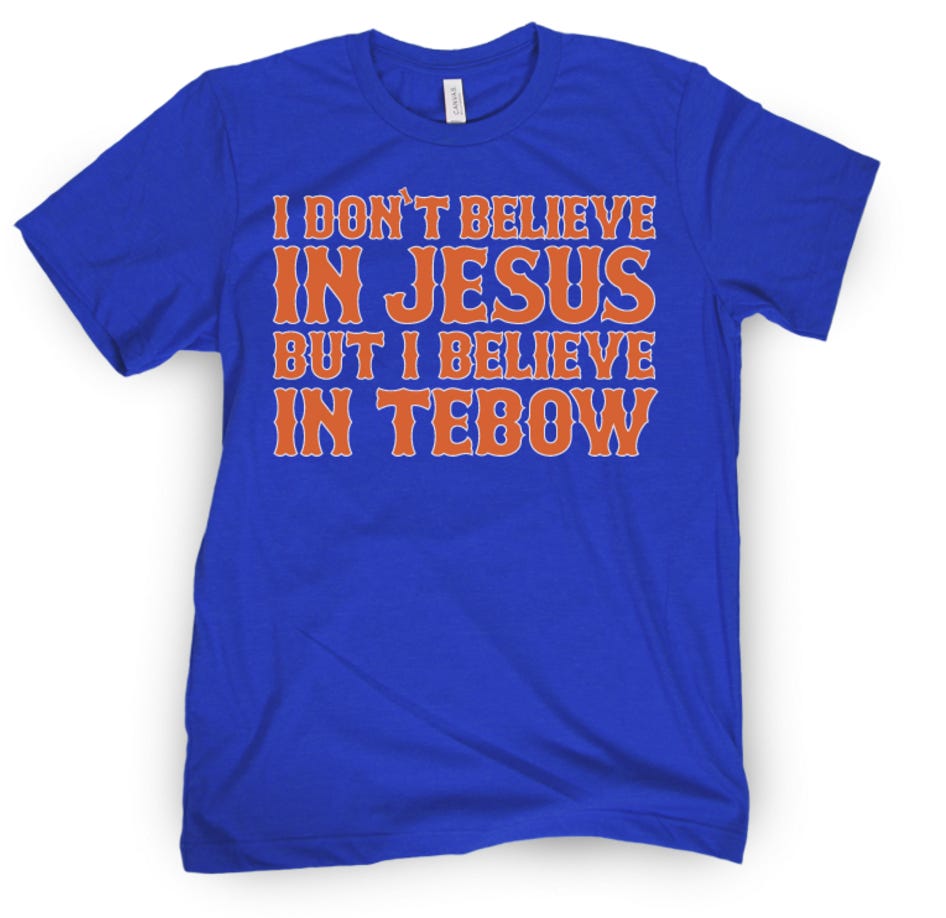