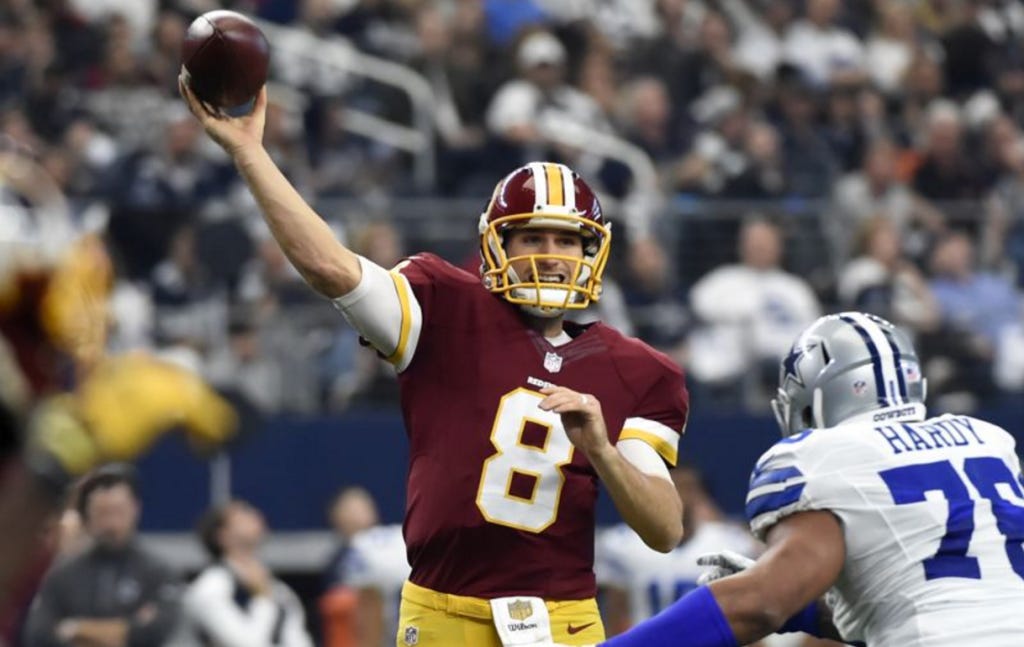 After last week’s beatdown by the Steelers, the Redskins need to bounce back, and bounce back big, against the Cowboys today. We saw some glaring holes in the Skins last week- the run game, stopping the run, and some bad decision making from Kirk. The Cowboys also dropped their opener, so this is a big game for them as well, as dropping to 0-2 generally does not bode well for the rest of the season.

To win the Redskins need to stop the Zeke/Morris two headed rushing attack, simple as that. The Skins also need to rattle the cage of the rookie QB, keeping the pressure on him and forcing him into making mistakes will be key.

I think we see Kerrigan get a couple of big sacks, some much improved CB play from Breeland, and Kirk goes for over 300 as the Skins take this game to move back to .500.