UPDATE: You know what? Let’s just forget I even blogged anything. Thank god I’m a Team North America fan first and foremost. Here’s the only summary from the game you need to see.

The tournament was fun while it lasted for USA. Now let’s go Team Millennials.

(you better have stood up for that anthem)

The moment we’ve all been waiting for. Hockey is here and it’s time for THE United States of America’s world domination tour to begin. Team USA vs Team Europe live on ESPN2 “The Deuce” at 3:30 eastern standard time. Let’s go to the tale of the tape to see how these two teams have fared against each other in the past:

The US looks to make it 3-for-3 today with Patty Kane, Joe Pavelski, TJ Broshie and the gang leading the way. Really what this game is going to come down to is heart. If you don’t want to go out there and murder some fools while you have “USA” slapped on the front of your jersey, then you might just be dead yourself. There’s no pride in playing for Europe. It’s a pussy ass continent filled with squids. Those guys aren’t playing for their country. They’re not playing for anything other than themselves. Bunch of selfish bastards in that locker room. Basically like a soccer team on skates. So between USA’s skill level and heart, I think they go out there and work Europe by at least a three-piece. Maybe a pair if they’re feeling generous and don’t want to rub it in too much. Also–Europe should be thanking Team USA for starting Jonathan Quick today because if they were to start Cory Schneider, there’s not a shot in hell that anything is getting by these pads. 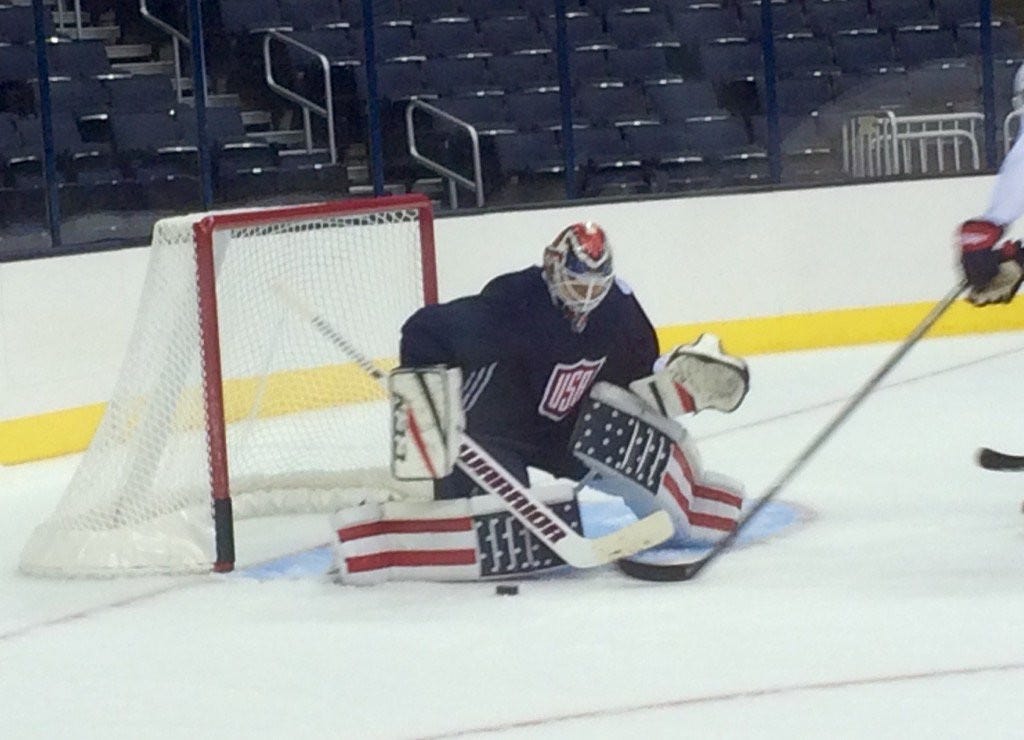 And on another note–anybody who is bitching about Dustin Byfuglien being a healthy scratch today is a fucking dumbass. Everybody knows that Big Buff likes to get super fat in the summers. It’s what he does best. So first off, he’s gonna be out of shape. Second off, it’s against Team Europe who will be the worst team in this tournament. Torts is just saving his energy for the games that they’ll actually need him. Everybody else can shut up and stop questioning the greatest American coach since Herb Brooks.

So without further ado, let’s activate the shit out of this LIVE BLOG. Take it away, boys.