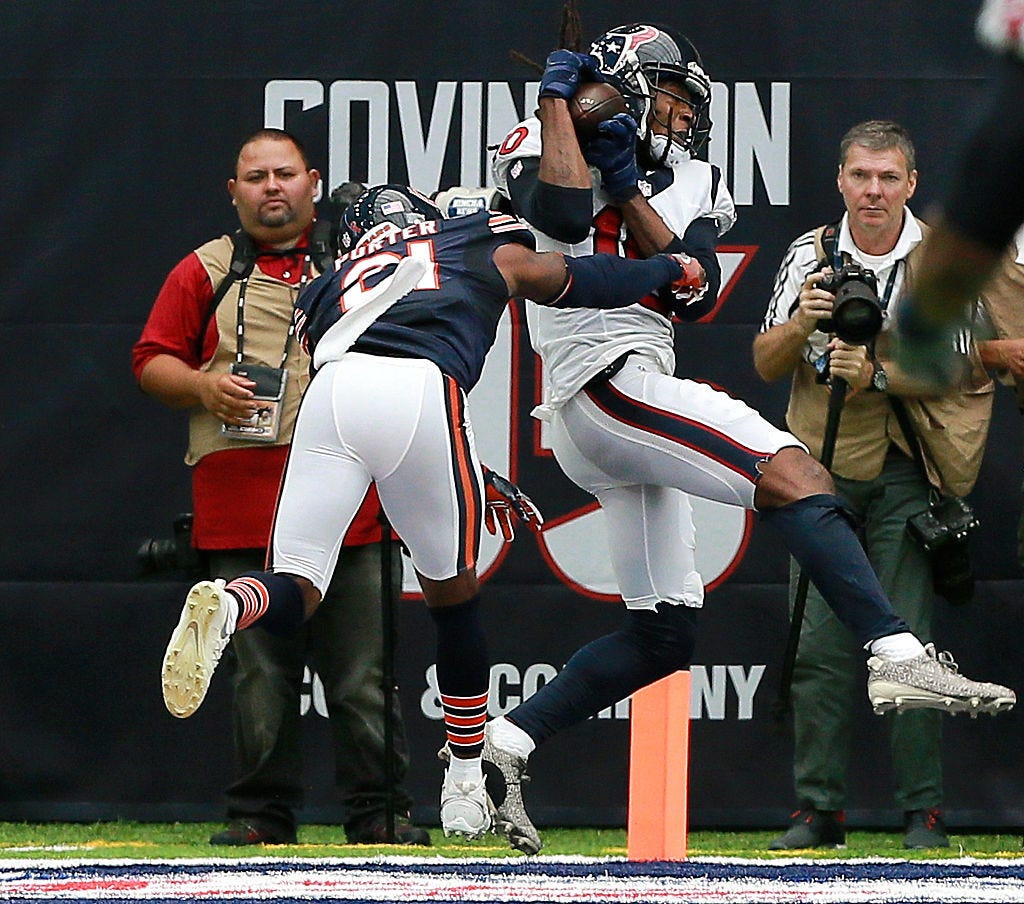 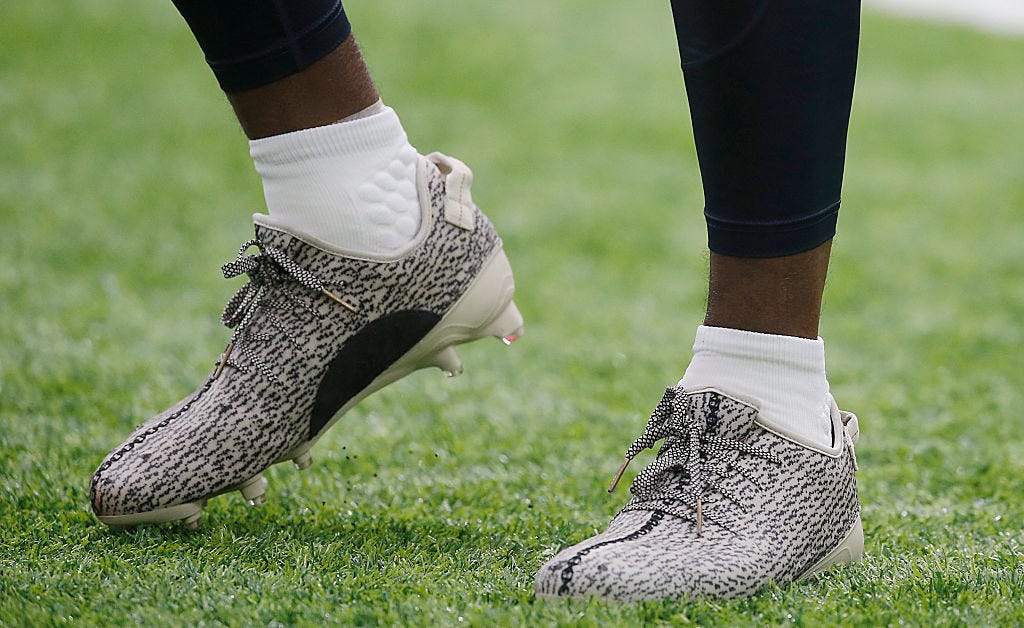 USA TODAY- DeAndre Hopkins’ Yeezy cleats just got a lot more expensive. The Houston Texans wide receiver said Thursday he was fined $6,000 by the NFL for wearing the cleats in a Week 1 win against the Chicago Bears. The shoes, which retail for $250, are designed by rapper Kanye West for Adidas. Hopkins also has a partnership with the shoe company.

Hopkins told reporters he would be retiring the cleats from game action, adding that he would wear them again “only if Kanye wants to pay the fine.”

Best case scenario right there for DeAndre Hopkins and Kanye West. DeAndre was able to say he wore the most popular shoes on the planet in an NFL game and scored a TD while wewaring them. Asking Kanye to pay that fine was an A+ business decision in the sense of Kanye will never pay it, so Hopkins never has to wear those ugly ass shoes or worry about his ankle exploding like the Death Star (#SpoilerAlert).

As for Kanye, now he can bitch about the NFL trying to stop his creative genius and all that other shit, which will then lead to more stories about Kanye and people supporting Kanye because everyone hates the shit out of the faceless suits that run the NFL. A win/win for everyone involved.