CBS – Arizona will wear special uniforms honoring Pearl Harbor and the U.S.S. Arizona battleship against Hawaii on Sept. 17. The school released a promotional video about the uniforms on Wednesday evening.

Arizona also released a detailed graphic explaining each part of the unique uniform, which will be tough to top this season both for its sentamentality and unique, specific design.

I know these may be a trigger for a lot of people now but I think they’re pretty sick. Call me old-fashioned but I still like the flag and America.

The U.S.S. Arizona had a long history before December 7, 1941, but it’s mostly remembered for being one of the battleships sunk during Japan’s attack on Pearl Harbor, which caused the United States to become actively involved in World War II. It’s believed a bomb detonated in a powder magazine on the ship, causing a large, violent explosion that caused it to sink, killing 1,177 officers and crewmen aboard. 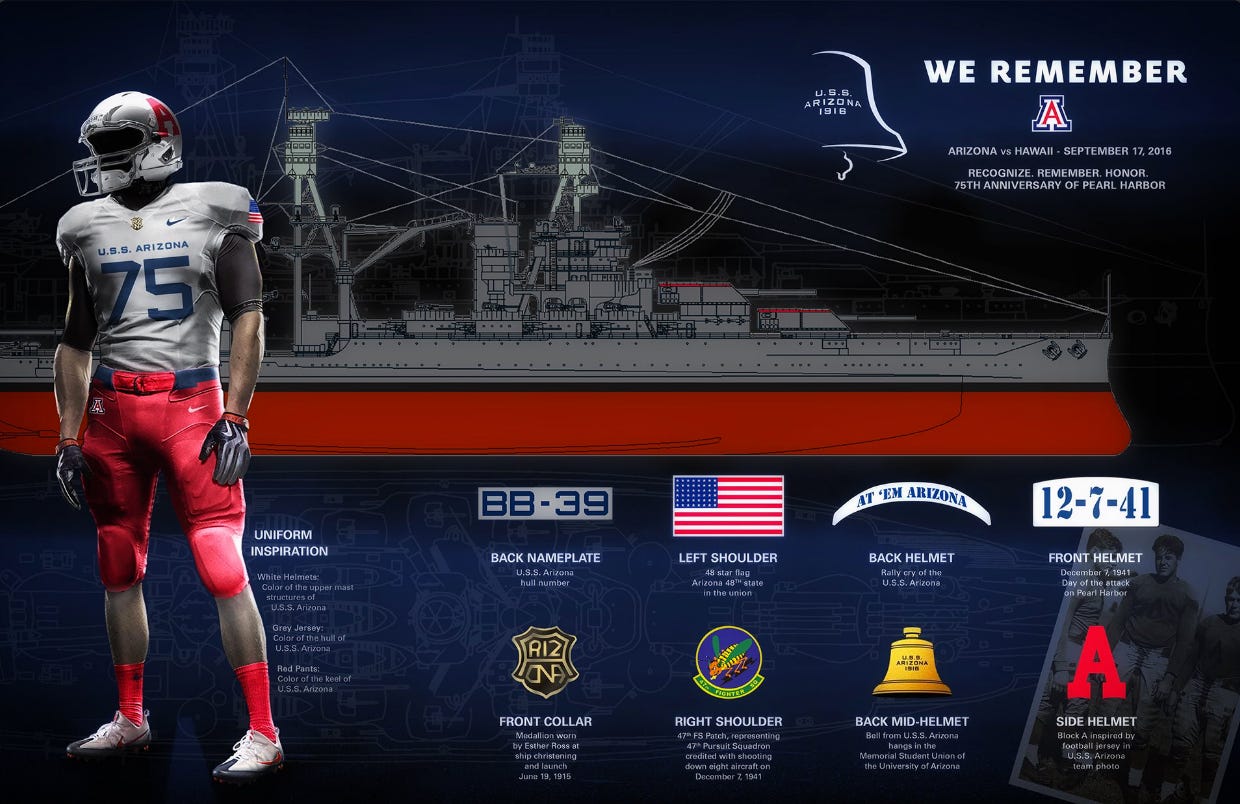 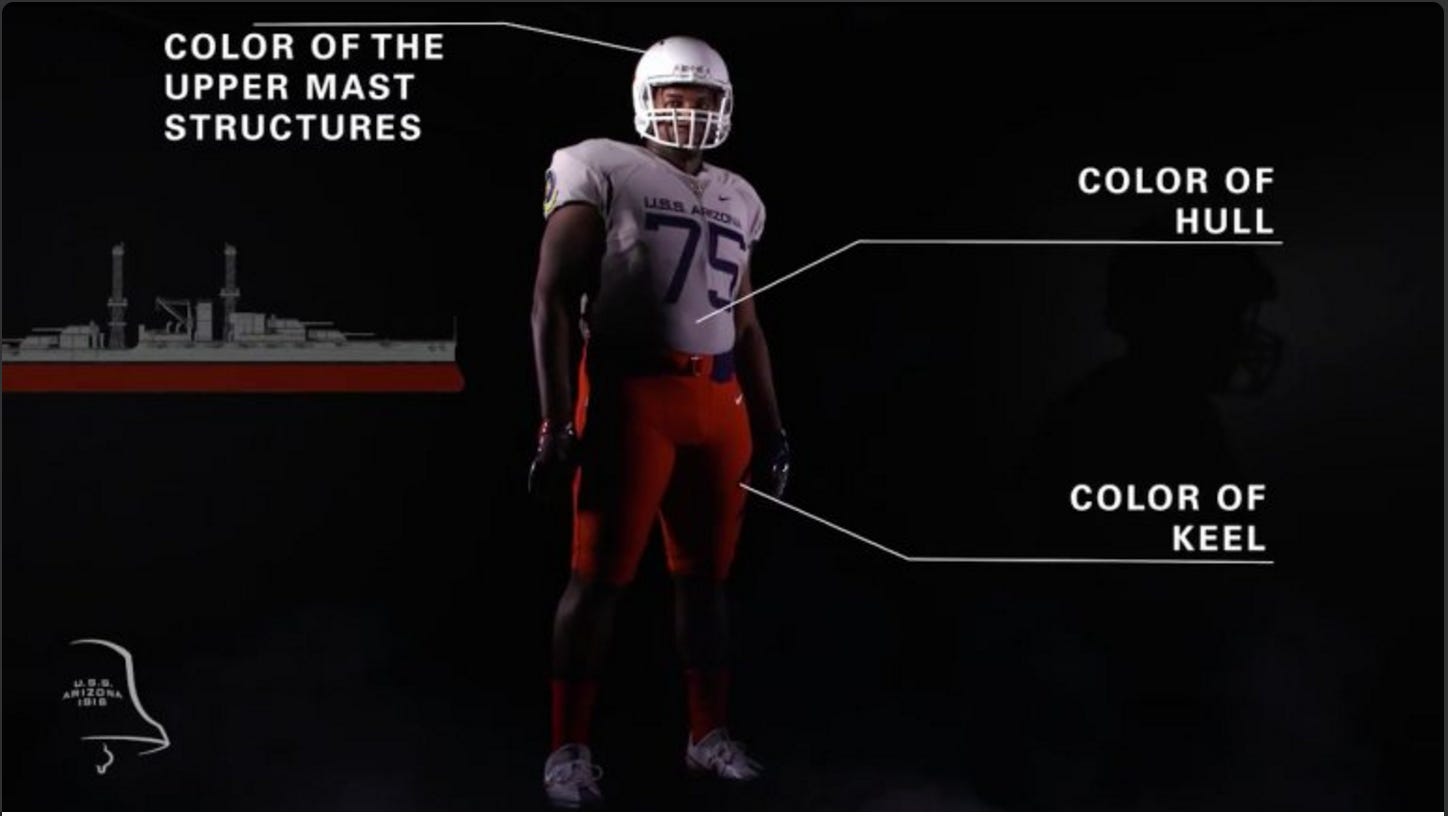 Speaking of, shout out to my new friend Rob. Coolest office visitor by far.

Me and my friend Rob. Not every night you hang out with the guy who shot Bin Laden