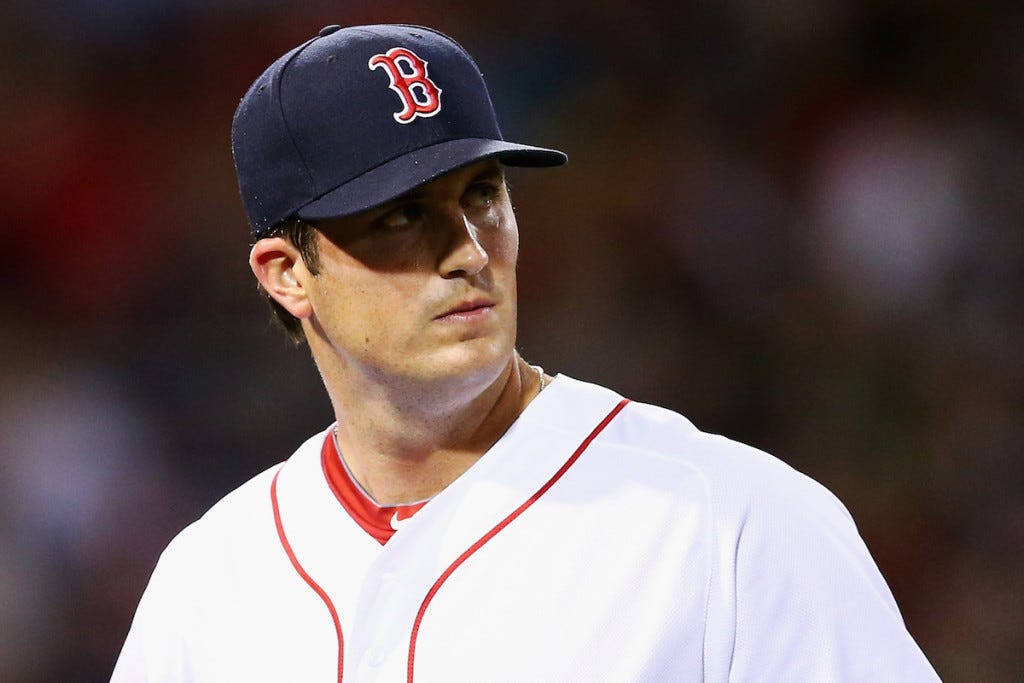 The San Diego Padres are some shiesty motherfuckers, and now their general manager is taking a 30-day vacation as a result of the organization’s sketchy behavior.

This is unrelated to the suspension, but completely related at the same time — back on July 29, the Padres traded Andrew Cashner, Tayron Guerrero, and Colin Rea to the Miami Marlins. Rea made a start for the Marlins on July 30, and was then sent BACK to the Padres after suffering an elbow injury and hasn’t taken the mound since. According to Padres GM AJ Preller, Rea did NOT have a physical before being dealt to the Marlins. Dumb move on the part of both of these organizations, but the Padres obviously come out looking way worse for having their player returned as damaged goods.

In the case of the Drew Pomeranz trade to Boston for their number one pitching prospect Anderson Espinoza, Pomeranz himself has maintained that he isn’t, and has not been, injured leading up to or since the trade. Here’s what MLB’s statement had to say about the situation.

Major League Baseball has completed an investigation into the July 14th transaction in which pitcher Drew Pomeranz was traded from the San Diego Padres to the Boston Red Sox. MLB’s Department of Investigations conducted the thorough review, which included interviews with relevant individuals from both Clubs. The findings were submitted to Commissioner Robert D. Manfred, Jr.

As a result of this matter, Major League Baseball announced today that A.J. Preller, Executive Vice President and General Manager of the Padres, has received a 30-day suspension without pay.

MLB considers the matter closed and will have no further comment.

Kind of vague, but ESPN’s Buster Olney had more details.

In a significant deviation from standard practice within the sport, San Diego Padres officials instructed their organization’s athletic trainers to maintain two distinct files of medical information on their players — one for industry consumption and the other for the team’s internal use, multiple sources have told ESPN.

Trainers were told in meetings during spring training that the distinction was meant to better position the team for trades, according to two sources with direct knowledge of what was said.

According to sources familiar with the fallout from some of the Padres’ midseason deals, officials from at least three teams that made trades with San Diego — the Boston Red Sox, Miami Marlins and Chicago White Sox — were enraged by what they perceived to be strategic deception: veiling medical information that could have been pivotal in trade discussions. At least one other team reached out to the commissioner’s office with a complaint, according to sources.

Some sketchy, sketchy shit. And how dumb are the Padres to think that they could instruct an entire staff to break the rules for the organization, and have that information not leak out somehow at some point? Not that I think the Red Sox would return Pomeranz, even if given the chance, but nothing like that will come of this suspension, including being able to re-acquire Espinoza. Basically, all this is is Preller getting a month-long vacation for fucking over a couple of playoff hopefuls.