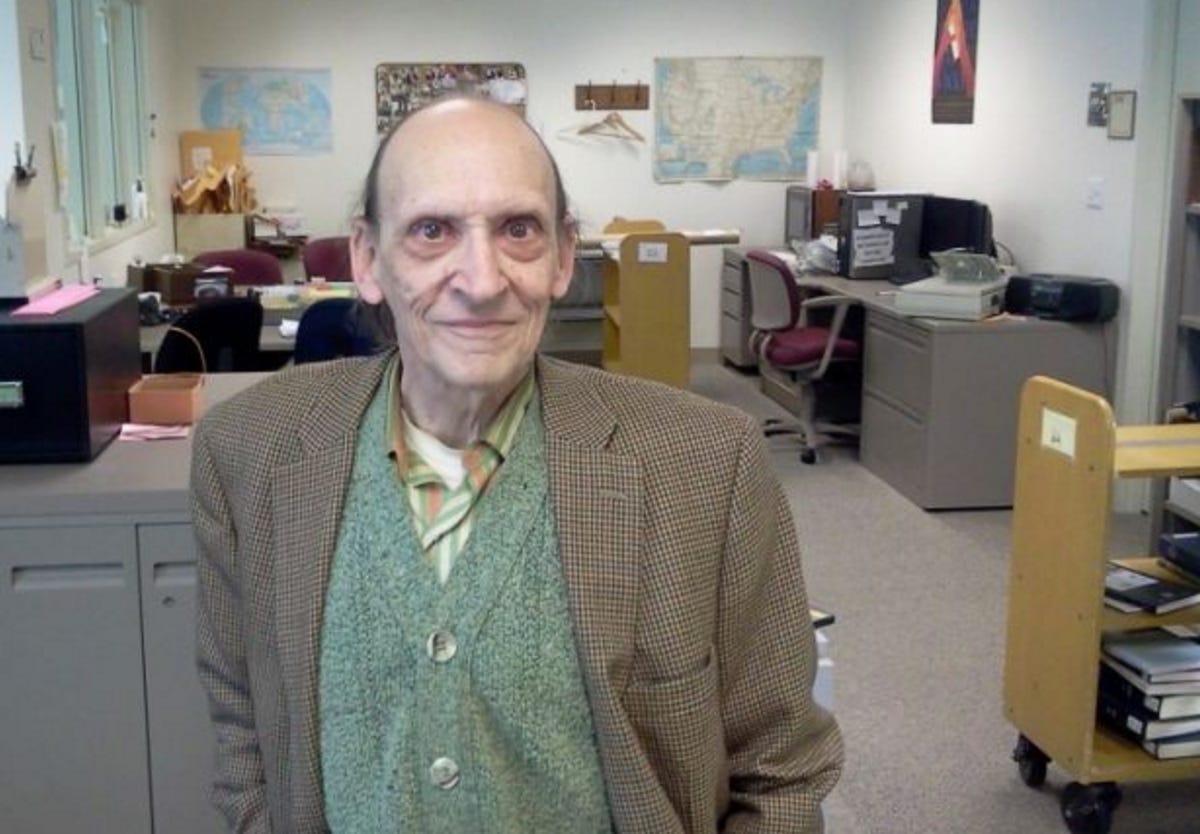 Insider Higher Ed – It sounds too good to be true — a University of New Hampshire library cataloguer thriftily munched Fritos and microwave dinners and drove a 1992 Plymouth while slowly amassing a $4 million fortune, which he bequeathed to his longtime employer and alma mater.

Depending on whom you ask, though, the story ended up being too good to last. Upon his death in 2015, New Hampshire cataloger Robert Morin donated his $4 million estate to the university from which he graduated in 1963 and where he worked for nearly 50 years. News outlets across the country published glowing accounts of his donation.

But to hear some tell it, the glow has faded.

That’s because of the way New Hampshire decided to spend Morin’s gift. The university dedicated $2.5 million to an expanded, centrally located career center, it said when it announced the gift two weeks ago. It put $100,000 toward the Dimond Library, where Morin worked, fulfilling the only specific spending request he attached to his donation. And with much of the remaining gift, the university wrote a controversial check.

It put $1 million toward a video scoreboard for its new $25 million football stadium.

This story made me laugh out loud just reading the headline. I mean if you don’t find this fucking hilarious you don’t have a pulse. Dude spends his entire life dedicated to the UNH library, eating microwave dinners and bags of Fritos and driving a freaking broken down ’92 Plymouth to save all his money to one day donate it to the school…annnnnnd they promptly put $1 million of it to a big ass football Jumbotron.

Now obviously social media and everybody is freaking out saying what a disgrace it is blah blah blah whatever. 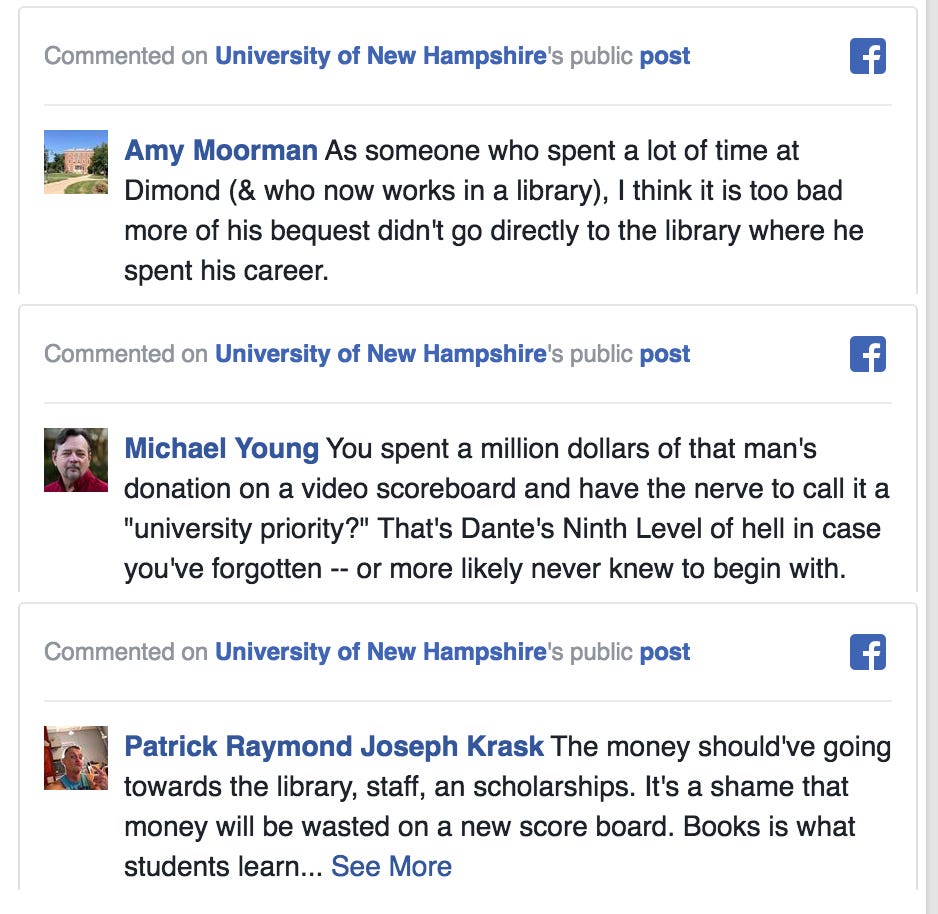 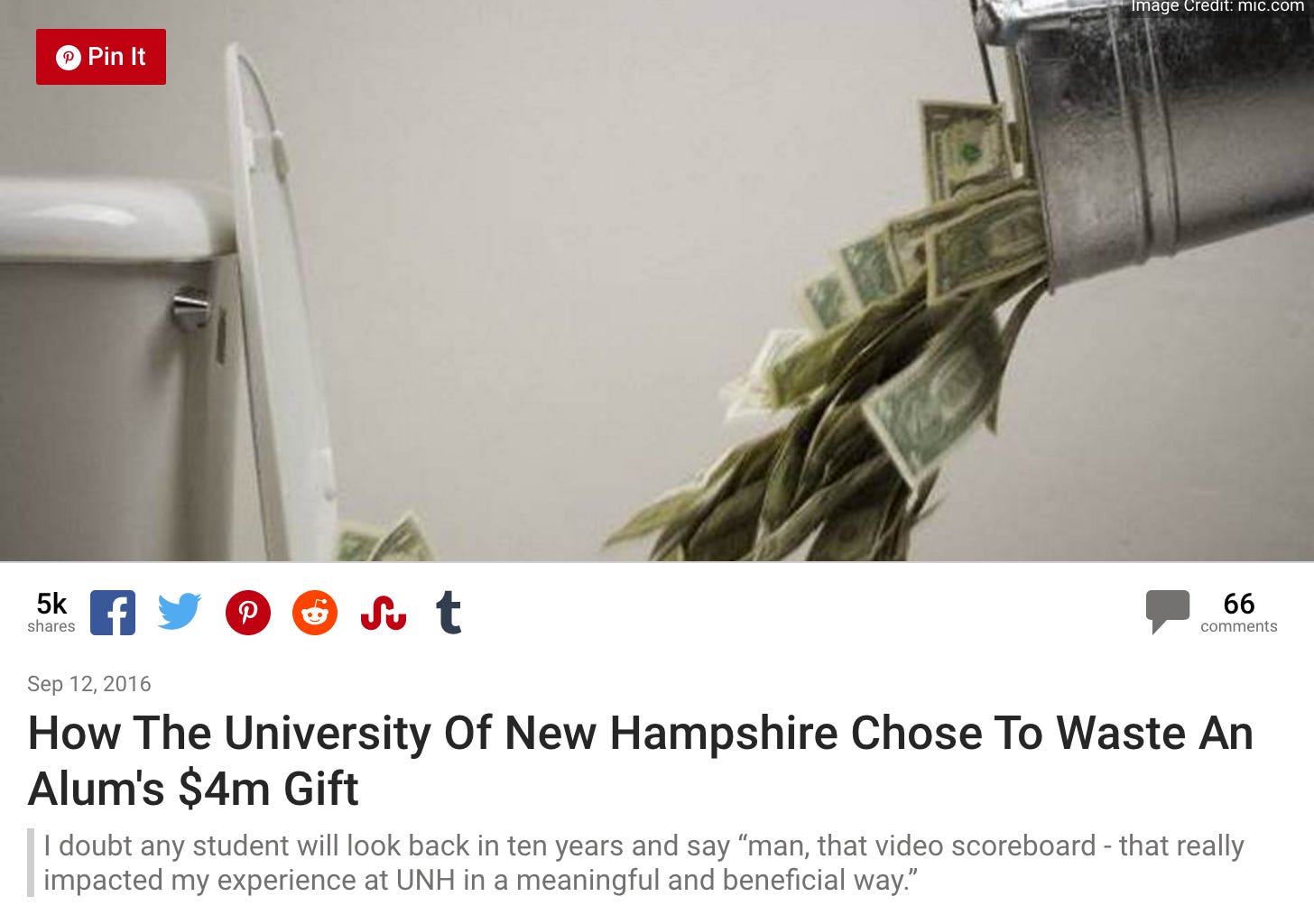 (via Claire Cortese at The Odyssey)

Whatever. Hey if Old Man Morin put a little more effort into enjoying life he would have realized how much better football was than the library anyway.

That Face When they put $100K of your $4 million donation to the thing you spent your entire existence dedicated to: 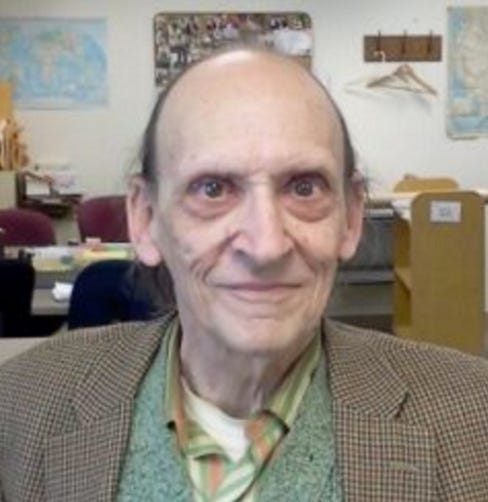 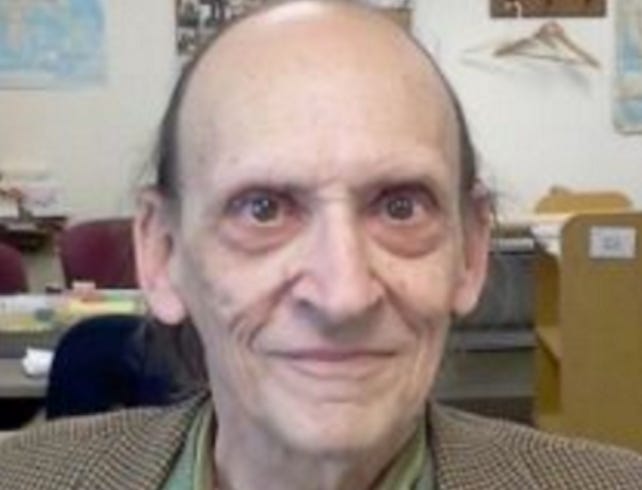 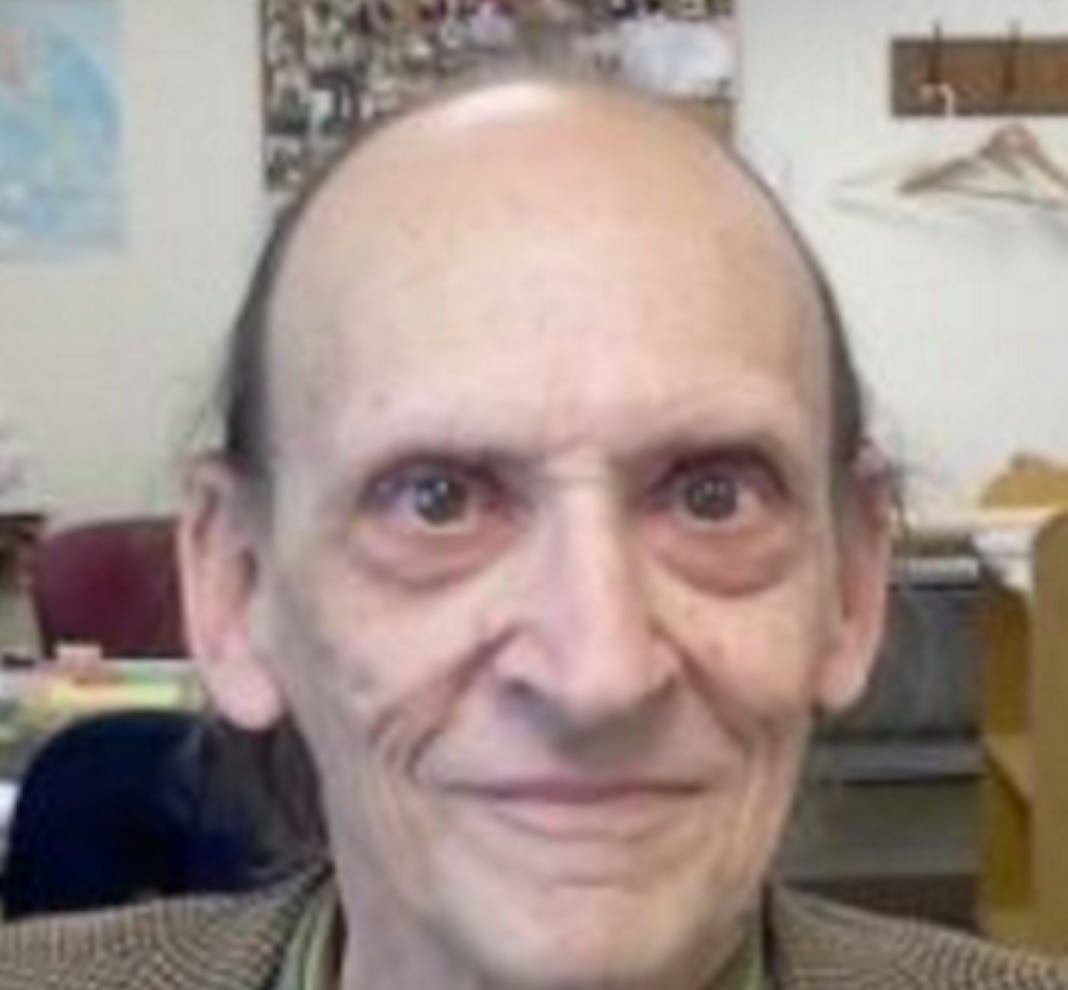