Daily Mail- A humiliated woman killed herself after sending a sex tape to an ex-boyfriend to taunt him – only for him to upload it on to the internet. Tiziana Cantone, from Naples in Italy, was filmed performing a sex act on a man and the footage was uploaded on to the internet before being widely shared online. There are claims in Italy that she had sent the video to her former lover to make sure he realised the relationship was over, but that he then put it online out of revenge. According to close friends and relatives, the 31-year-old was deeply depressed and on the brink of suicide for months prior to her death because of the explicit tape.

They claim that she could not handle the negative attention from social media. Ms Cantone could reportedly be heard on the sex tape saying: ‘Are you making a video? Bravo.’ Local media reports that this phrase has been repeatedly used online by people who made parodies of the sex tape. When the video was shared widely, Ms Cantone is said to have started to receive abusive messages. She was also reportedly often recognised on the street and even had to quit her job. The sex tape became so widely known that she was also forced to change her name.

Okay, I have to ask if/how Tiziana was actually surprised her boyfriend uploaded the video online. I’m not saying that is the right thing to do. But it’s clearly an expected thing to do, especially when the video was shot with another guy and used as a way to get revenge. It’s like any other part of life where revenge is a key factor. The stakes are only going to increase over time. For example, we have Big Cat and PFT engaged in a sack wack duel. It went from gentle nut taps and laughing while they puked milk in Indianapolis to full blown dick punches and reactions like this. 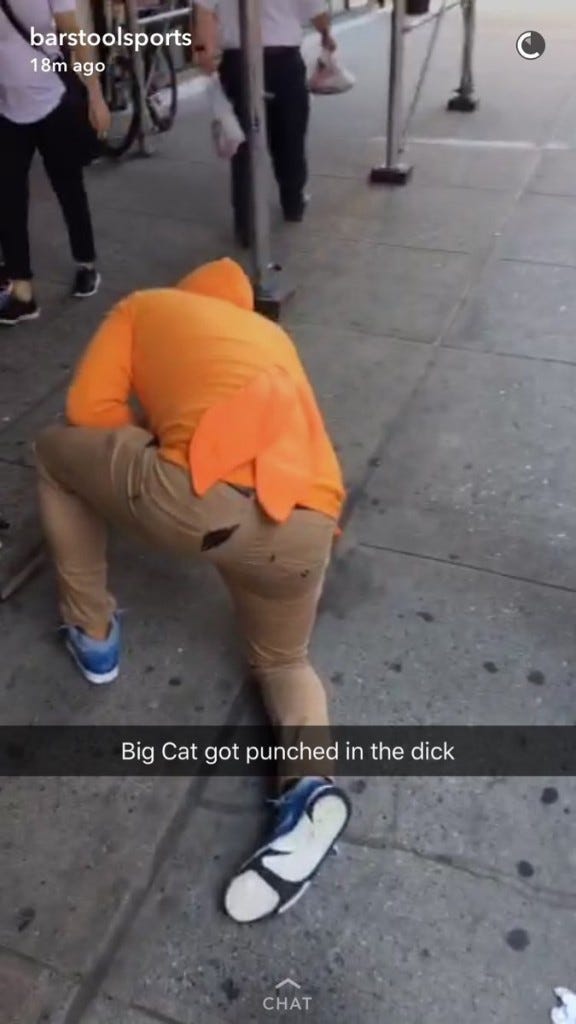 Now everyone in the office has to stay woke as fuck because the dick tap cat has been let out of the bag. That’s just how revenge works.

So let me say this again. I’m sure Tiziana wasn’t thinking clearly like most depressed people when she sent the tape. But in 2016, that’s honestly just common sense. If you have a sex tape with an ex, they may post it online if they are an asshole. If you film a sex tape with someone else and send it to the ex out of revenge, they are almost definitely going to post it online. And if there is a story of revenge associated with the tape or the girl in the video is a smokeshow, there is a VERY good chance it is going to go viral. I’m not saying it’s wrong or it’s right, but it’s just the way the world and humans work.