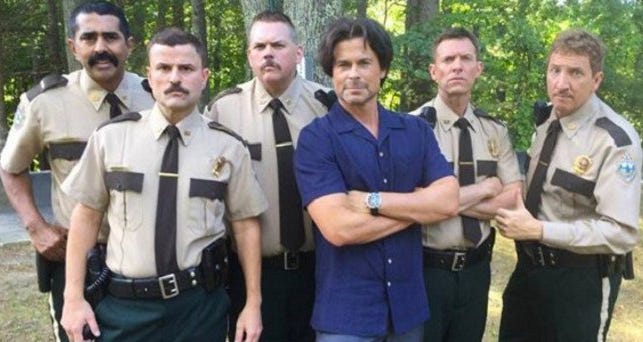 Things are moving along just swimmingly for Super Troopers 2. Rob Lowe is an electric choice to bring on board. I never really think about Rob Lowe, and then every time he pops up, he’s fantastic. Him comparing it to Austin Powers sets huuuuuuge expectations though. Austin Powers 1 and 2 I feel are still criminally underrated- they are from nearly 20 years ago (yes, the first one came out in 1997, we are old as fuck) and still are laugh out loud funny every single time. He killed it in Wayne’s World, killed it in Tommy Boy, and was literally fantastic as Chris Traeger on Parks and Rec.

I’m glad they went the Rob Lowe route, and didn’t try to get cutesy with it with some washed up 80’s star or some shit. Him saying it’s “quotable for days” is very optimistic because the first movie is so quotable– I mean it launched the Meow Game, that the sequel is starting a the 5 yard line and he’s promising a touch down. However, I’m keeping an open mind and believing they can pull it off.