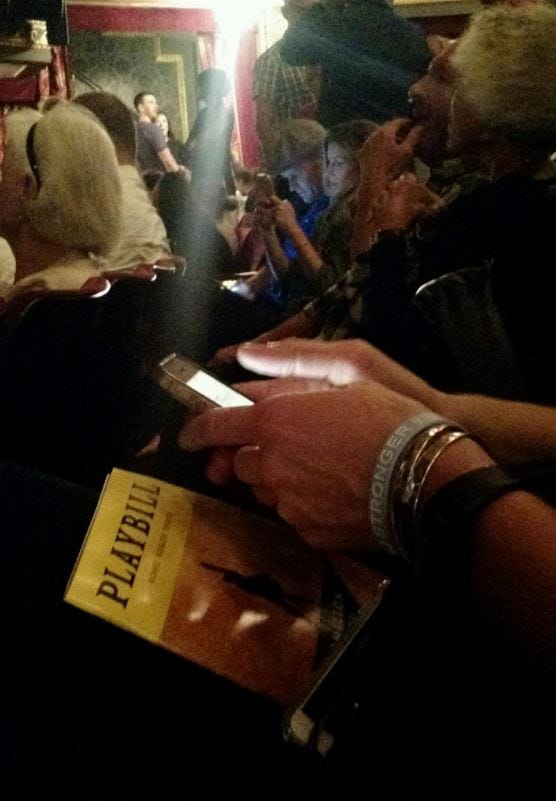 So I get fucking dragged to Hamilton by my grandma …idk what the fuck this play is but my tickets were a few thousand dollars but not only am I sitting next to some smoke but….low and behold we have Tom Brady sitting in the row in front of me with tGisele…looks fucking chill to me.

Hey Goodell fuck you bro. Think Brady is rattled about this suspension. Dude is having the best vacation ever. He got a haircut the other day. He’s been listening to music. Now he’s just chilling at Hamilton. Ever heard of it? Only the hottest Broadway play in the world. Seriously when’s the last time you think Goodell saw a Broadway play? I bet he couldn’t even get tickets to Hamilton is he wanted to. They don’t let scumbags into that shit.

PS – This may have been my greatest spin zone of all time. Broadway plays SUCK. Not having an excuse to get out of having to go to a Broadway play with your wife sucks. Having to do couples shit when you should be rat tailing people in the locker room sucks. Being forced to have unlimited family time is literally 1,000X worse than not being able to play football.